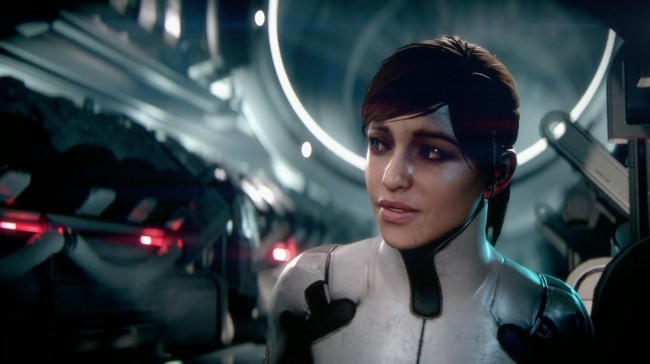 BioWare boss Aaron Flynn commented on their recent Mass Effect: Andromeda lead character reveal at E3 2016 a few weeks ago. Their trailer shared a lot of first looks at the races and landscapes you’ll explore in Andromeda, but what was truly nice to see came at the conclusion: the reveal of a female lead character named Ryder. While the virtues and positive aspects of having a character like Ryder be the primary focus of advertising may be obvious to folks like you and I, it was still nice to hear the words he had to say about how important it was to do what they did. In a chat with Eurogamer, Flynn said, “When we debuted male Shepard back in 2006, 10 years ago, it was a time when we drew inspiration from traditional entertainment marketing. So: ‘We need a iconic main character. We need an iconic everything else’.”

Flynn notes the growing changes in the games industry, and the growing consciousness of female representation in games. “But I think the whole industry, us included, have moved beyond that,” he said. “Our games let you choose your main character, I think everyone gets that nowadays. You don’t need to see a character to identify with, in the same way you might on a movie poster. People want to create their own characters, customise them, and we’re embracing that.”

Like Flynn says, in nearly all BioWare games, you’re able to customize your main character, which includes selecting their gender. It’s something that folks have come to expect from the studio, but the significance in Ryder’s reveal centers around combating the “male-as-default” trope that exists in nearly all the media we consume. In a way, it feels like BioWare is pushing this idea that the female version of Ryder is the “canon, default” Ryder, so to speak. It’s almost as if they want people to think of female Ryder as a first choice as opposed to a secondary option.

It might seem like something small, but the implications are quite significant. All the same, I’m very excited to get my hands on Mass Effect: Andromeda. This is all really just icing on the galaxy-sized cake.