Survey: 7 Out of 8 Developers Think Android Fragmentation Is a Problem 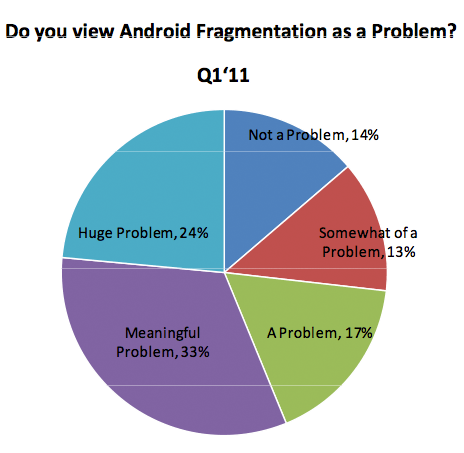 Google’s recent crackdown on Android implementations that aren’t meeting its standards of quality may have some advocates for platform openness crying foul, but a recent survey shows that Google’s concern is a legitimate one in the eyes of developers. According to Baird Research, which polled 250 devs, just 14% of developers don’t see Android fragmentation as a problem; more than half see it as either a “meaningful” or a “huge” problem. 71% of the developers surveyed said that they wrote apps for Android, versus 62% for iOS.