Google Cracking Down on Android Fragmentation 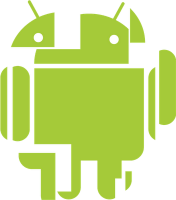 Android may be free, wondrous, radical in its business model, and more open than Apple’s iOS, but it’s still something that Google owns, doggone it, and if reports are to be believed, Google has recently initiated a crackdown on the very real problem of Android fragmentation. According to BusinessWeek, this has prompted Google to contact “about a dozen executives working at key companies in the Android ecosystem … includ[ing] LG, Toshiba, Samsung, and even Facebook, which has been trying to develop an Android device.”

Google’s message: Whereas it was more willing to be experimental and let its partners tinker in Android’s early days, now that Android is a more mature platform — it currently leads the smartphone operating system market with a 31 percent market share — Google wants to more strictly implement quality control.

Over the past few months, according to several people familiar with the matter, Google has been demanding that Android licensees abide by “non-fragmentation clauses” that give Google the final say on how they can tweak the Android code—to make new interfaces and add services—and in some cases whom they can partner with. Google’s Rubin says that such clauses have always been part of the Android license, but people interviewed for this story say that Google has recently tightened its policies.

But of course, “quality control” and “non-fragmentation” are subjective, and opponents of the new regime say Google is interpreting these terms to its own benefit. One particularly thorny accusation has it that Google is using its clout to delay Verizon Android devices that use Microsoft’s Bing for search instead of Google. (Bing is currently a Geekosystem advertiser as of posting. –Ed.) Indeed, BusinessWeek reports that complaints about Google’s Android policy have been raised with the Department of Justice.

That’s a lot of slices. And the result isn’t just confusion among consumers: As top developers like John Carmack have complained, that sort of fragmentation makes it unappealing to develop applications for Android. And if the developers shun Android in favor of iOS, the fear is that consumers will too, since that’s where all the good apps will be. Still, Google has a tall order to fill in maintaining order among Android’s ranks without betraying the early-adopting consumers who flocked to the platform due to its promise of openness — much less getting the DoJ on its tail.