OK, We Need To Talk About That HUGE SPOILER From the Premiere of And Just Like That… 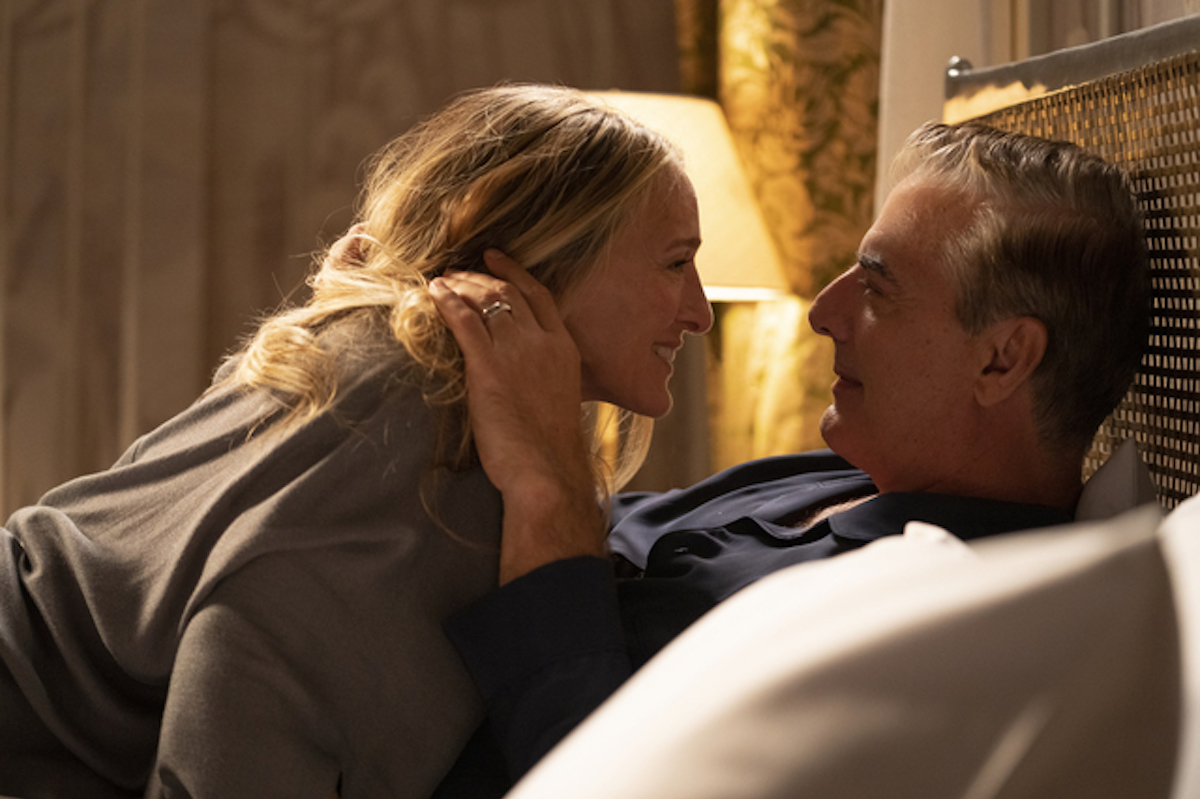 Warning: Major spoilers for the premiere of And Just Like That… ahead.

The limited series revival of Sex and the City, titled And Just Like That… premiered Thursday and gave us a look at what these women have been up to over the last decade or so. We learn that Carrie is a (pretty terrible) podcaster now. Samantha moved to London and that Carrie assumes that decision was about her. Miranda moved from corporate law to move to human rights but is still 100% entrenched in white feminism. Charlotte is bullying her tomboy (revealed in later episodes to be nonbinary/trans) child into wearing pretty dresses. And despite being a professional relationship writer, Carrie still does not know how to talk frankly about sex, even with her husband.

watched one episode of new satc and laughed a lot when carrie asks big (a man she has been with for many many years) if he masturbates. what on earth

And we also learn that Carrie’s husband Mr. Big is very into Peloton.

Much of the episode reads like an extended ad for the stationary bike/fitness brand. There are multiple clear shots of the Peloton logo on Big’s bike and shoes, and he talks about his Peloton constantly, repeatedly expressing his love for his favorite instructor “Allegra” (played by real-life Peloton instructor Jess King), and his excitement ahead of taking his 1,000th class. It’s pretty much the only thing Big cares about in the whole episode.

This is not casual product placement. It feels like a full-on infomercial.

Which makes it very weird when Big climbs off the bike after his long-awaited 1,000th ride and promptly has a heart attack.

Peloton on 8 Dec: Yay, we have a product placement on #AndJustLikeThat 🎉

According to BuzzFeed, HBO did not tell Peloton how their bike or their brand would be used.

“HBO procured the Peloton Bike on their own,” a rep told the outlet, correcting a previous statement that the company provided a bike to the network. “Peloton was aware that a Bike would be used in the episode and that Jess King would be portraying a fictional Peloton instructor.”

That statement works hard to put as much distance as possible between the company and some incredibly overt product placement.

Moreover, the company has some ideas for what really killed Big—namely, his “extravagant lifestyle.”

Dr. Suzanne Steinbaum, a preventative cardiologist and member of Peloton’s health and wellness advisory council, told the LA Times, “I’m sure ‘SATC’ fans, like me, are saddened by the news that Mr. Big dies of a heart attack.”

“Mr. Big lived what many would call an extravagant lifestyle — including cocktails, cigars, and big steaks — and was at serious risk as he had a previous cardiac event in Season 6,” she told the newspaper. “These lifestyle choices and perhaps even his family history, which often is a significant factor, were the likely cause of his death. Riding his Peloton Bike may have even helped delay his cardiac event.”

It is true that Big lights his “weekly cigar” prior to his celebratory ride. I did think to myself that that probably wasn’t the best choice to make before the ride, and it turns out, I was right!

Still, to have a character unclip from his bike and immediately get hit with a heart attack, well, that’s not exactly going to give audiences the best associations with your product. (And I say that as someone who owns and loves her own Peloton.)

Kim cattrall should do a peloton ad

Apple famously has a “no bad guys” rule for their product placement, with the company banning villainous characters from using iPhones and other Apple products. The company insists that usage of their logo and products are only depicted “in the best light, in a manner or context that reflects favorably on the Apple products and on Apple Inc.”

It seems like maybe Peloton should institute a “no heart attacks” rule moving forward.

Samantha would be like “Oh cheer up, honey. Nobody wants to fuck a widow with frown lines.” and we need her.