An Ancient Temple to Hecate Restored In Turkey | The Mary Sue

An Ancient Temple to Hecate Restored In Turkey 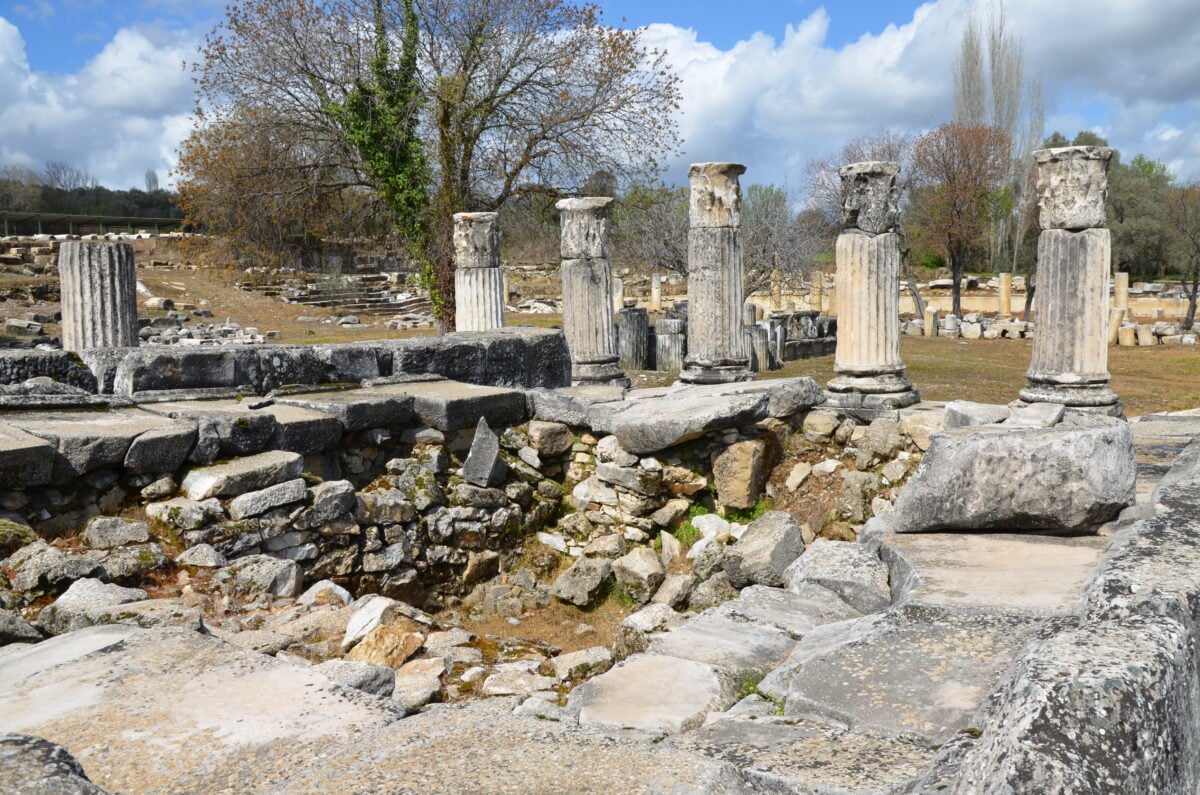 An ancient temple to the Goddess of witchcraft, ghosts, and crossroads has been restored in Turkey. The temple of Hecate in Lagina, located in modern-day Turkey, is a marvel of the ancient world. And now, the columns at the site have been re-erected, restoring how they stood 2,050 years ago.

Hecate is a Greek goddess, but she doesn’t reside on Olympus with the other well-known divinities. She is a cthonic deity, meaning she is of the underworld. Her providence is all things magical and spooky, but also homey stuff as well. Often depicted with three faces or as three women back-to-back-to-back holding keys, torch, and a sword respectively, Hecate watches over thresholds and crossroads, is associated with dogs (maybe the sort that eat carrion), and her ancient cult was both powerful and mysterious (which to be fair, is the go-to for ancient cults I guess). She may have her roots in Anatolia, and later was worshipped throughout Greece.

The temple of Hecate at Lagina is a major source for what we know about how she was seen and worshipped. Lagina’s roots go all the way back to the Bronze age, and the temple of Hecate there is much older than the Hellenistic town close by. Now, parts of that temple have been reconstructed, returning the many columns that line the sanctuary to their former state.

This work comes after twelve months of excavations at the site lead by Professor Bilal Söğüt, who supervised unearthing and repairing the columns and placing them where they originally stood. “Visitors will now be able to see these columns as they were 2,050 years ago. The columns are now standing in the sanctuary where ceremonies were held in the name of the goddess Hecate in ancient times,” Söğüt said.

The temple site also includes a visitor center that will showcase artifacts discovered in the sanctuary. The site is unique, according to scholars, with several features of the temple found nowhere else in the Hellenistic world. It’s also unique to have a temple to Hecate at all. Hecate was a popular deity in Greece and later in Rome, but her worship was more personal and practical. You’d find shrines to her at crossroads, and doors and thresholds were often protected but her triple-figure surrounding a collum, called a Hekation. (Check out this one at The Metropolitan Museum of Art). She was invoked in magic and protection and given offerings of bread or fish and cake.

But in Lagina she was more than that, she was a civic deity who was looked to for prosperous crops and given animal sacrifices, and the archeological record shows this site is very, very old. So Lagina is important because it may tell us how Hecate was seen and worshipped before she found a home and cult in Greece and Rome.

Hecate is not just an ancient Goddess and her worship isn’t dead by any means. As a goddess of witches, she’s incredibly popular among modern witchcraft practitioners and neopagans, so much so that she’s even shown up on shows like The Chilling Adventures of Sabrina. So for both modern devotees and those fascinated by the past, the reconstruction of her temple is something to celebrate.