An Ode to SYFY’s Wynonna Earp 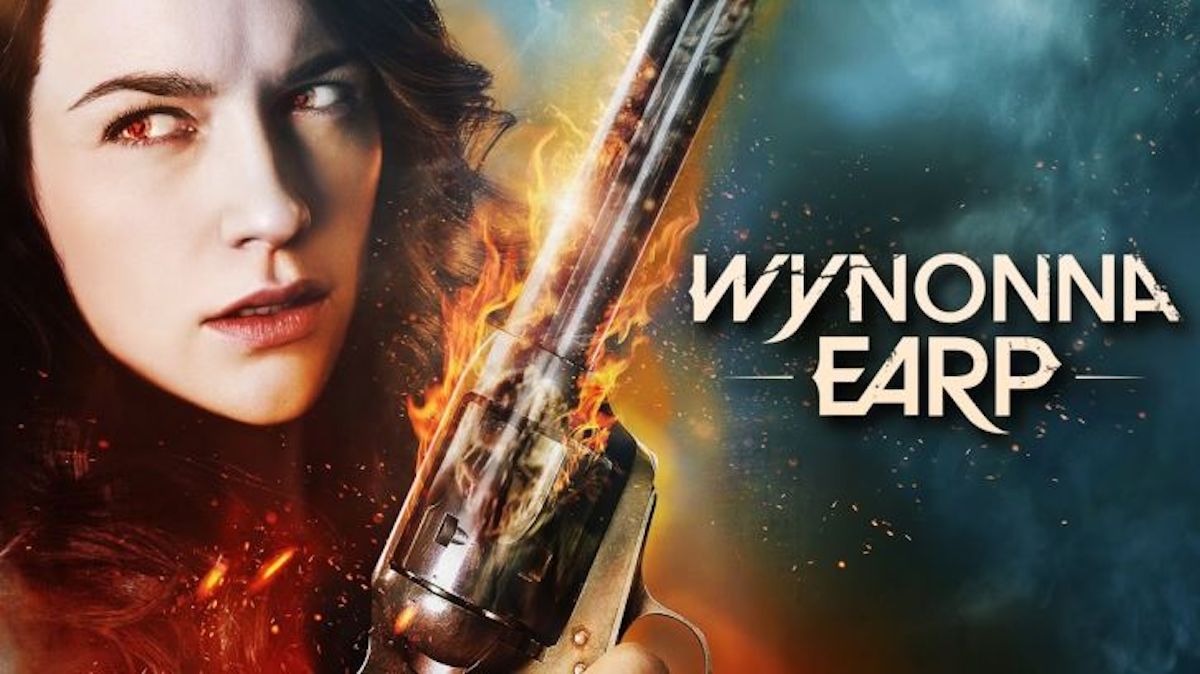 Thank you, Wynonna Earp—and I mean the woman herself when it comes to this ode. Yes, the show is fantastic and one of the best things since sliced bread (cheesy but true), but focus needs to be given to the heir of the Earp Curse, Wynonna herself. Played by Melanie Scrofano, Wynonna Earp is the heir with a gun known as Peacemaker who takes down demons and anyone that stands in the way of her and her family.

And across four seasons, I’ve come to love this woman as if she were my own. She’s a hero, a sister, and a mother. She’s also messy AF, kind, compassionate, funny, and the kind of woman I want to see on my screen for seasons to come. And even if we don’t, Wynonna Earp and showrunner Emily Andras have changed the stage on what women characters can be like on the small screen, stereotypes and typecasts be damned.

So, thank you, Wynonna Earp.

Thank you for being messy. For years, women have tried and succeeded in pushing past the limitations that society put on them. That’s especially true for TV, where women have suffered through being caricatures of cookie-cutter versions of themselves with no differences to speak of. Wynonna has joined the ranks of the women who have broken new ground in moving beyond those portrayals. She isn’t perfect, and neither is she like anyone else I’ve ever seen. She’s messy, she’s weird, she’s vulnerable. And she’s completely Wynonna.

Thank you for being vulgar. Women are often told to “act like a lady” when we’re cursing, speaking loudly, or stepping into an arena that is mainly male-dominated. The Earp heir has no time for that nonsense, and she’s not going to let gender stereotypes stop her from being unapologetically Wynonna. She curses, she drinks, she sleeps with whomever she pleases, and she does it because it’s her choice and no one else’s.

Thank you for being a sister. The most important relationship in Wynonna’s life is that with her sister Waverly Earp. And it didn’t come easy. They had to learn how to trust, depend, and love one another all over again after the hurt of the past. And they succeeded in creating one of the toughest sisterly bonds out there that show how important family is. Seriously, no demon or cancellation can take away the love these two share or how much we care about them.

Thank you for being a mom. Action heroes like Wynonna Earp don’t usually get the chance to be moms. Most of the time, it doesn’t fit into the story, they hide bellies behind huge objects, or make the mother out to seem like a delicate flower. Wynonna isn’t delicate and will kick all the ass while still pregnant because she’s still a warrior. Motherhood doesn’t change that. If anything, at least in my book, it elevated the badassery because you’re growing a human being in your body. Nothing more metal than that.

Thank you for being a hero. It’s been an absolute pleasure watching Wynonna Earp grow, change, and find out what kind of hero she is. She went from someone who didn’t think she could do this or even deserve it, to someone who knows who she is. It’s been hard-fought, too, with bumps along the way that almost tore her apart. But she stuck to her guns, literally, and made Purgatory a safer place for herself and her family.

All these parts of Wynonna Earp make up who this woman is and will be long after the screen fades to black on this show with tonight’s series finale. It’s certainly not a comprehensive list of everything this character is, but it’s a starting point for fans like me who love Wynonna and who have been changed by her. So, thank you, Wynonna Earp, for being there when we needed you. We’re here for you in return, no matter where the road takes you.