An Ancient Stone Slab May Be Europe’s Oldest Map

The Saint-Bélec Slab was forgotten, but its contents are extraordinary 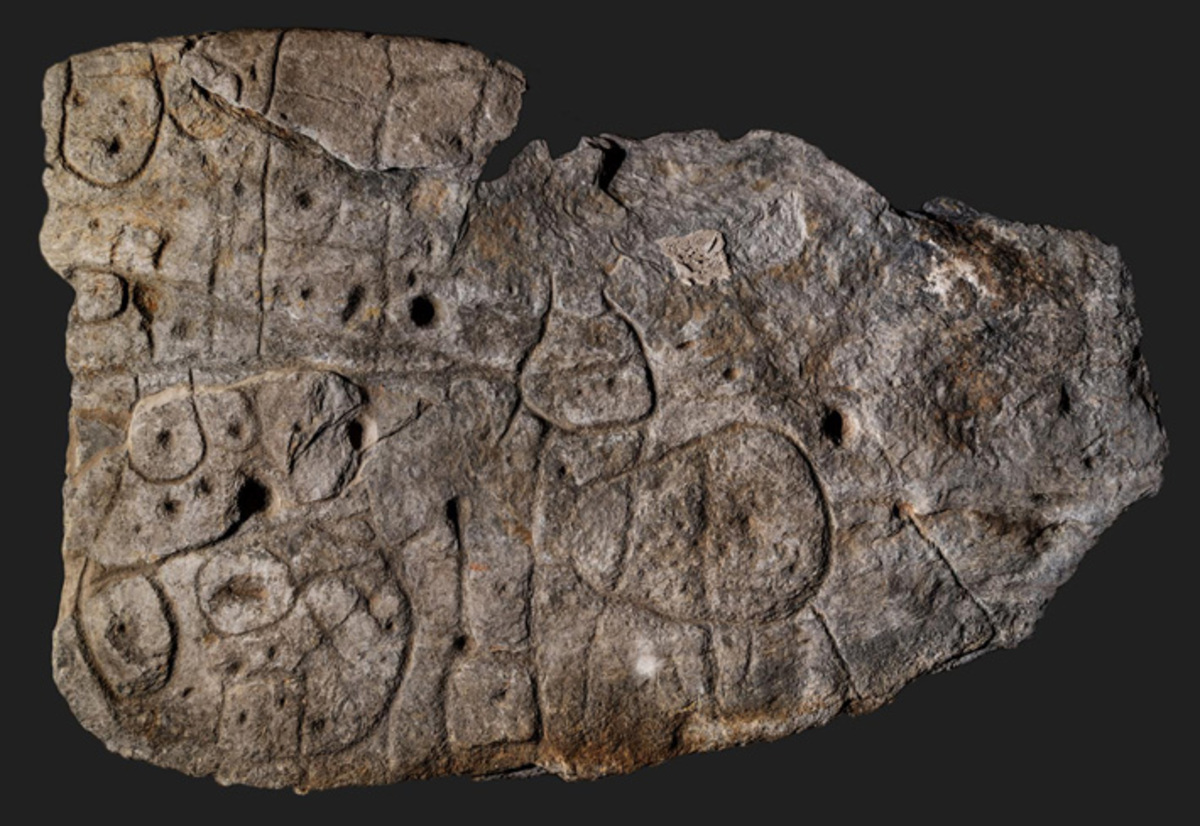 The Saint-Bélec Slab was discovered in 1900 in the area of Finistère in western Brittany in France. The massive slab is about 5 feet by 6 and a half feet and is marked with lines and circles. Its discoverer Paul du Chatellier didn’t know how to interpret the strange markings on the stone, which he assumed were primitive, maybe representing animals. So he put the slab away, in his castle where it rested in a niche under his moat, and it wasn’t unearthed again until 2014. And now archeologists believe they know what the massive stone was: the oldest known map in Europe.

In a paper published with Bulletin of the French Prehistoric Society, the authors point to the repeated motifs and features of the slab that they believe “represent the surrounding landscape and a series of contemporary structures now known from archaeological evidence.” The line and other features of the slab line up with 80% accuracy and match up with the river Odet valley, which just happens to be near where the stone was found.

The Saint-Bélec Slab dates to the early bronze age, between roughly 1900 BCE and 1650 BCE, placing it in the Bronze age and predating many of the better known Celtic cultures that we believe thrived in the area the Romans called Gaul and we know as France. “This is probably the oldest map of a territory that has been identified,” Dr. Clément Nicolas of Bournemouth University, one of the study’s co-authors, told the BBC. He added: “There are several such maps carved in stone all over the world. Generally, they are just interpretations. But this is the first time a map has depicted an area on a specific scale.”

And it’s pretty accurate too, and it might have even been more accurate to the landscape nearly 3,000 years ago, given that these features can change over time. “[We] confirm a good correspondence between the carvings and the topography, with similar results to ethnographic solicited maps. Such correlations give … an idea of the possible scale of the space represented: an area c. 30 km long and 21 km wide,” the study authors wrote.

So what was this map for? A 30 square foot slab of stone is pretty hard to keep in the glove box of even the fanciest chariot, so what other theories are there? Nicolas told the BBC he believes, “It was probably a way to affirm the ownership of the territory by a small prince or king at the time.” That’s possible, but he shouldn’t just assume it was a male ruler that made this!

The Slab was initially found in a burial mound, which makes dating it very hard but could also be a clue to its purpose and I do think that, despite gendered assumptions, Nicolas is onto something. Burial mounds were places where the things that were precious to the resident in life were placed beside them in death. If this was a ruler, you couldn’t bury their land with them but you could bury a map. But it’s still extraordinary that it even exists.

“We tend to underestimate the geographical knowledge of past societies,” Nicolas said. “This slab is important as it highlights this cartographical knowledge.” And their skill and craftsmanship. We often talk about how archeology shows us how ancient peoples saw the world, but rarely is a discovery so literal.