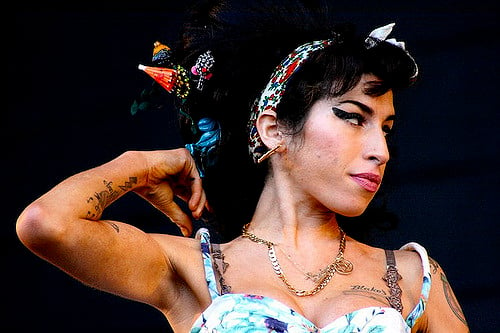 Today saw the opening of Amy’s Place, a home in London dedicated to helping women recover from alcohol and substance abuse. It was funded by the Amy Winehouse Foundation, and thus bears the late singer’s name. According to The Guardian, it differs from most rehabilitation facilities in that it’s a women-only facility, which is something that seems to be in short supply over in the UK. In addition to announcing the opening of the faility, Dominic Ruffy, special project director at the Amy Winehouse Foundation, spoke about the critical need for facilities like these. Ruffy said, “There are about six women-only rehabs, and beyond that, there’s an even greater paucity of women-specific recovery housing beds. There is only one other women-only recovery house in London and it’s only a four-bed with a six-month waiting list.”

As well, Amy’s Place places a focus on reintegration post-rehabilitation, with programs to aid former rehab patients stick to their plans and stay clean. The span of time after leaving rehab is a crucial, sensitive time, according to Ruffy, who has been through similar programs himself. “Our experience shows if you give people an extended period of time post-traditional rehabilitation treatment, you will improve the percentage of people who stay clean [in the] long term. We have a saying in recovery that the drink and drugs aren’t our problem, it’s living life clean and sober.”

It’s great to see a facility centered on women opening like this. According to studies, women face a greater risk of relapse if they don’t receive the kind of care and comfort that Amy’s Place provides. One hopes that they can successfully address what appears to be a serious shortage of specific care. Additionally, we’ve reached out for comment to see if this facility will also allow trans women, who, in the U.S. at least, face a significant risk of addiction, amongst a host of other issues. It’s possible that statistics may differ in the UK, but one doesn’t expect the difference to be too major.

We’ll update when we hear back.

(via Vulture, image via Flickr/Fionn Kidney)