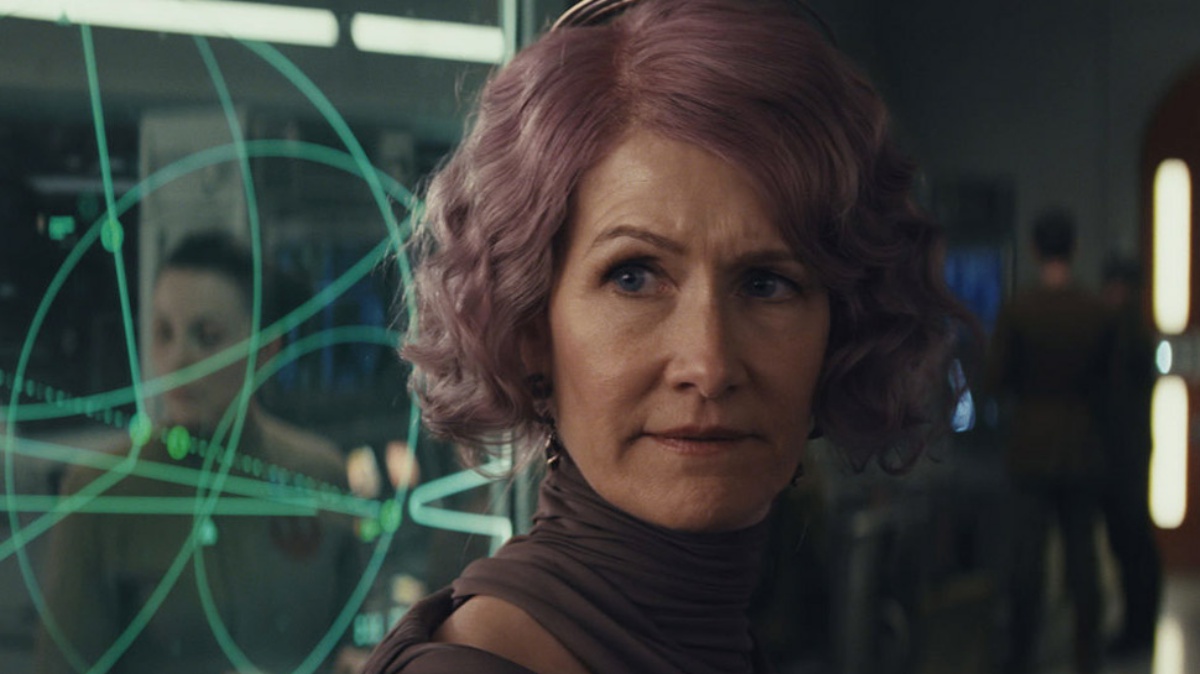 Over the weekend in celebration of the one-year anniversary of The Last Jedi, the host of Forever Star Wars pod and contributing writer for Clashing Sabers wrote a tweet asking for other people to retweet if the character of Amylin Holdo from The Last Jedi, as played by Laura Dern, meant something to them as a character.

I don’t normally like to do this but I’m tired of the “nobody liked Holdo” perspective. It’s fine to not like her but don’t assume everyone feels the same.

Retweet if Amylin Holdo means something to you as a character. pic.twitter.com/PDPfufGVan

As to be expected there were positive comments, but there were also people who just had to express what a poorly written, Mary Sue, social justice, etc. etc. that Holdo is. Now, I recognize that The Last Jedi is a mixed bag for a lot of people and I can proudly say I have TLJ haters and lovers on my timeline. That being said, I have always been Team TLJ is good and that extends to the character of Holdo, so here is my response to that tweet.

From the moment she appeared in the film I felt a really deep love for Holdo, mainly because it was awesome to see a femme woman being put into a position of authority after General Leia.

When Poe sees Holdo, he has doubts about her abilities and her intellect, and for me, from the beginning, I felt like Rian Johnson was making a very powerful point about the way we view female leadership. I know a lot of people are like: “Why didn’t she just tell Poe or anyone else the plan?”

Well, the answer is simple: the Rebels, bless their hearts, are bad at sticking to plans and understanding the long game. We see at the VERY beginning of the movie that Poe disobeys and turns off his headset during an attack that Leia explicitly told him not to engage in, that left them with less fighting power and caused many deaths.

It takes very little for everyone to abandon faith in Holdo for remaining calm and sticking with her guns by keeping her plan close to the vest. The reason why is clear—if she had told them that she planned to die on the ship, they would have tried to stop her. Poe would absolutely have tried to stop her because he’s an impulsive person who believes he knows best. That was made evident at the beginning.

The First Order rules through fear and intimidation even though its leaders are loud and incompetent man babies—see Hux’s petty snarls and Kyle Ren’s tears of nepotism angst. Holdo attempts to rule through faith and self-sacrifice rather than aggressive tactics and being totally open. That makes people distrust her because again, despite her reputation, they trust Poe more. Poe who, again, got their comrades killed in an attack that destroyed a warship yes, but also left them unable to defend themselves in other ways. If Luke and Rey hadn’t shown up they would have died.

Holdo was not a perfect character because, in addition to being a character, she was also representing the distrust we have for female authority. When men or coaches talk about having faith and “trusting them” even when something seems out of reach, we have been taught to trust them because their experience matters.

The fact that Leia trusted Holdo didn’t matter to the rebels and that is disappointing and it is the actions of Poe that lead to … more death. So while everyone asks: “Why Holdo didn’t do this?” Why don’t we ask how Poe made it this far up in the military if he has such a hard time listening and taking orders from his superior officers? Poe was wrong and yet somehow Holdo is the one who needed to change tactics?

But beyond all of these things, I enjoy Holdo because she, like Rose, gives women another way to be strong. With her long lavender robe and bright hair, polished nails and jewelry, Holdo show that there are different ways to be a powerful warrior woman. That being so true to yourself and your own style doesn’t make you inferior, the right to be an individual is what the rebels are fighting for. Also if you underestimate her … that’s to your own downfall.

I would say that if you want to learn more about Holdo, read the Leia, Princess of Alderaan book because it introduces a young Holdo and her first words are: “I hope it’s dangerous. I want to get more comfortable with the nearness and inevitability of death.”