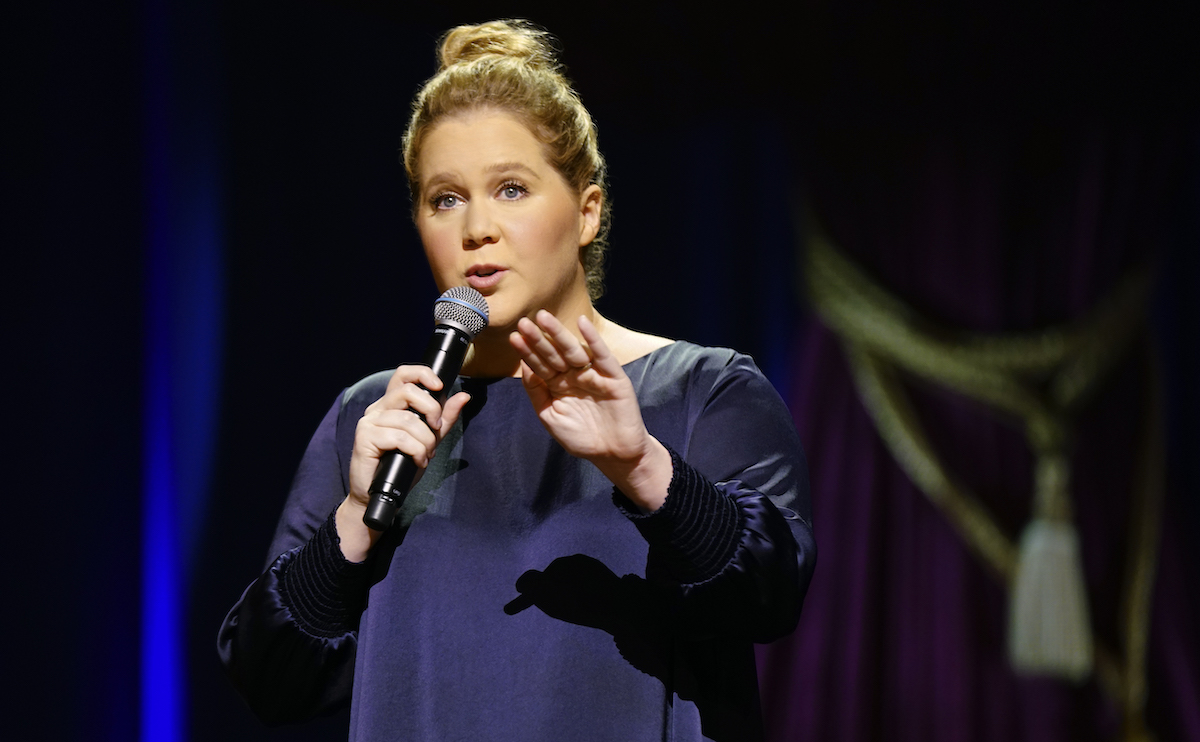 Amy Schumer is speaking up about periods to give people who menstruate the confidence to do the same, and it’s about time. Schumer is teaming up with Tampax for a new campaign that aims to, as Schumer puts it, normalize the act of “having their periods and take away the stigma.” And that’s a great thing.

We don’t talk periods enough, honestly. For a lot of people, they are a monthly part of life, and yet we don’t educate many children about it. It’s so bad that many people don’t know what to do when they get their periods, how to put in a tampon, or for some people, they don’t even know what a tampon is supposed to look like. And so even if this is an advertising push for Tampax, it never hurts to talk more menstruation.

Schumer and Tampax aim to “just take the shame away from this thing that is really strange that it’s still so secretive and that we’re made to feel bad about it,” as well as bust some of the myths. Because no, using a Tampon will not make anyone lose their virginity. (Virginity is a social construct and sex should not be painful, even the first time!)

“Only 24 states have any sort of required sex education and only 13 of those states require any sort of upkeep of actual medical studies,” Schumer shared, which is both horrifying and completely unsurprising. “So if you don’t have an older sister, or if your mom isn’t super up to date, you really have no one to rely on. So I’m hopefully gonna be people’s older sister, explaining the things that I’ve learned to them.”

And yeah, some people might find that off-putting, but that’s the point. Periods are natural and normal and really shouldn’t be treated like this secret thing in public spaces. Schumer has made a career out of being open and honest about her body, her thoughts, and even most recently, her difficult pregnancy as documented in the new documentary Expecting With Amy Schumer, so this new mission fits her well, as she’s not a person who ever shied away from a tough conversation.

Periods are natural and pretty important parts of our lives, and Schumer, unsurprisingly, has never been one to be ashamed of hers. “I didn’t even know to be ashamed of it, so I would raise my hand and say, ‘Can I go to the bathroom?’ And if my teacher said no, I would say, ‘I have to change my tampon or my pad. I have my period.’ ” she told People. “Then everyone would giggle and the teacher would be so embarrassed, and that’s kind of how I learned, ‘Oh, you’re supposed to be ashamed of this.’ But I would say, ‘I have my period’ like I would ask someone what time it is; it was very normalized to me. And I hope that’s what we’re working toward.”

So it’s great that Schumer is talking about this, and I hope it helps everyone out there who are currently thinking periods are something confusing or unspeakable.

Now, if we could only do something about that stupid blue liquid in every tampon and pad commercial.