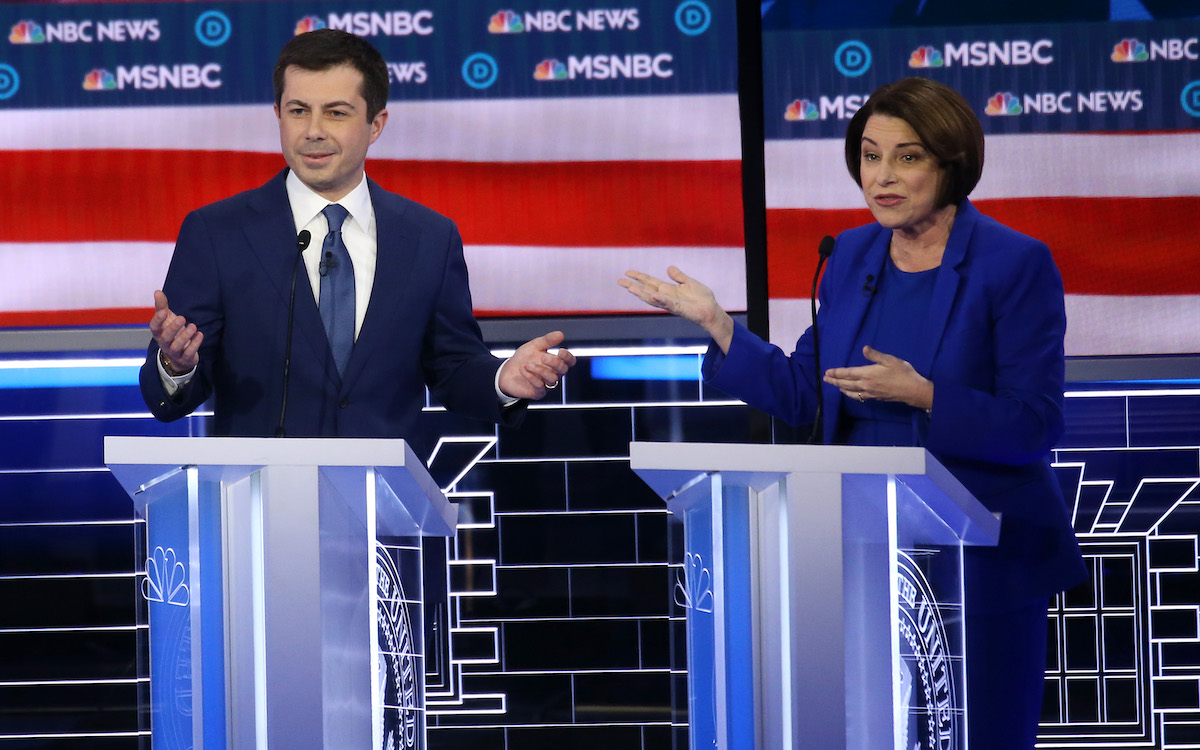 At Wednesday’s Democratic debate in Las Vegas, the battle that got the most attention was Elizabeth Warren vs. Michael Bloomberg, followed closely by Everyone Else vs. Bloomberg. In general, it was a fiery night for everyone.

The Democratic candidates took turns criticizing each other’s policies and political records with varying degrees of brutality. But when it came to Amy Klobuchar’s obvious contempt for Pete Buttigieg, things seemed almost personal.

Amy Klobuchar’s exchanges with Pete Buttigieg remind me of every experienced, professional woman who is fed up with a less experienced man being up for the same promotion. #DemDebate

Klobuchar has previously noted the double standard Buttigieg embodies, saying at a debate in November, “Of the women on the stage, do I think we would be standing on that stage if we had the experience he had? No, I don’t.”

Klobuchar and Buttigieg are both moderates angling to brand themselves as a Midwest-friendly, accessible alternative to the more progressive Democrats in the race so it makes sense that there would be a rivalry there. But what we saw on stage last night went far beyond a regular political spat.

Things came to a head when Buttigieg laid into Klobuchar for not being able to name the President of Mexico during an earlier interview. Klobuchar said she just blanked on Andrés Manuel López Obrador’s (AMLO) name, but Buttigieg wasn’t going to let that go.

Klobuchar responded: “Are you trying to say that I’m dumb? Or are you mocking me here, Pete?”

Buttigieg also attacked Klobuchar’s voting record, calling out her support of  Donald Trump’s U.S. Customs and Border Protection commissioner and her vote to make English the official national language of the U.S.

“I wish everyone was as perfect as you, Pete,” Klobuchar said, dripping with sarcasm, adding that she’s opposed two-thirds of Trump’s judges so he should “get [his] numbers right.”

These jabs came out in between long stretches of the two talking over each other. Just look at the unbridled disdain on her face as he interrupts her:

It did not go unnoticed.

Klobuchar appears to hate Buttigieg more than I’ve ever hated anything?

frankly, we’re wasting our time investing in renewable energy because there is no fuel source purer or more plentiful than amy klobuchar’s visceral hatred for pete

Harness the white hot hatred between Mayor Pete and Klobuchar and use it to end the country’s dependence on fossil fuels.

“I wish everyone was as perfect as you are, Pete” is some super passive aggressive and fucking yikes

I have never hated anything as much as Amy Klobuchar hates Pete Buttigieg and I once accidentally went on a date with a confederate Civil War re-enactor.