Americans Try British Food From Doctor Who | The Mary Sue

Spoiler alert: DO NOT EAT FISH FINGERS AND CUSTARD. 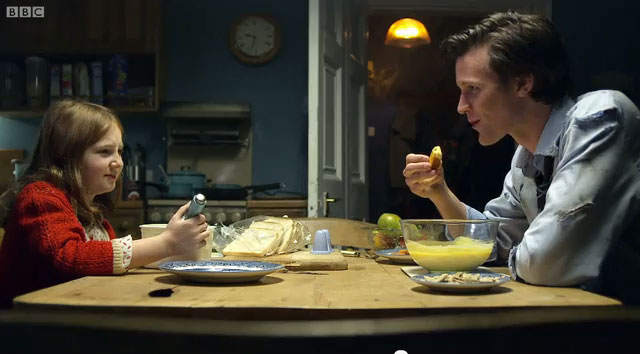 We’ve all heard the jokes about how different American and British tastes are. We Americans tend to find British foods bland, and Brits will probably never understand our tendency to put ketchup on pretty much everything. As a bit of an anglophile, and a big ole Doctor Who fan, I thought I’d conduct a little experiment to find out just how different food is from one side of “the pond” to the other. I scoured the many seasons of Doctor Who for references to distinctly British foods, made a sizeable online order, and awaited my fate (via Royal Mail, because I’m posh like that). Now, I’m no stranger to European foods (Blood Pudding? Yes, yes, yes! Marmite? Not even once.), so I’ve recruited a friend to ensure that these treats will be judged impartially.

So, if you’ve ever pondered what fish fingers and custard would actually taste like, or Jelly Babies, or Yorkshire pudding, then wonder no more! We tried them all, so you don’t have to! Bon appetit!

The Foods of Who, Part 1: Breakfast

The Foods of Who, Part 2: Lunch (including fish fingers & custard)

The Foods of Who, Part 3: Snacks

The Foods of Who, Part 4: Dessert

The Foods of Who, Part 5: More Sweets