Okay, but who invited Elon Musk? 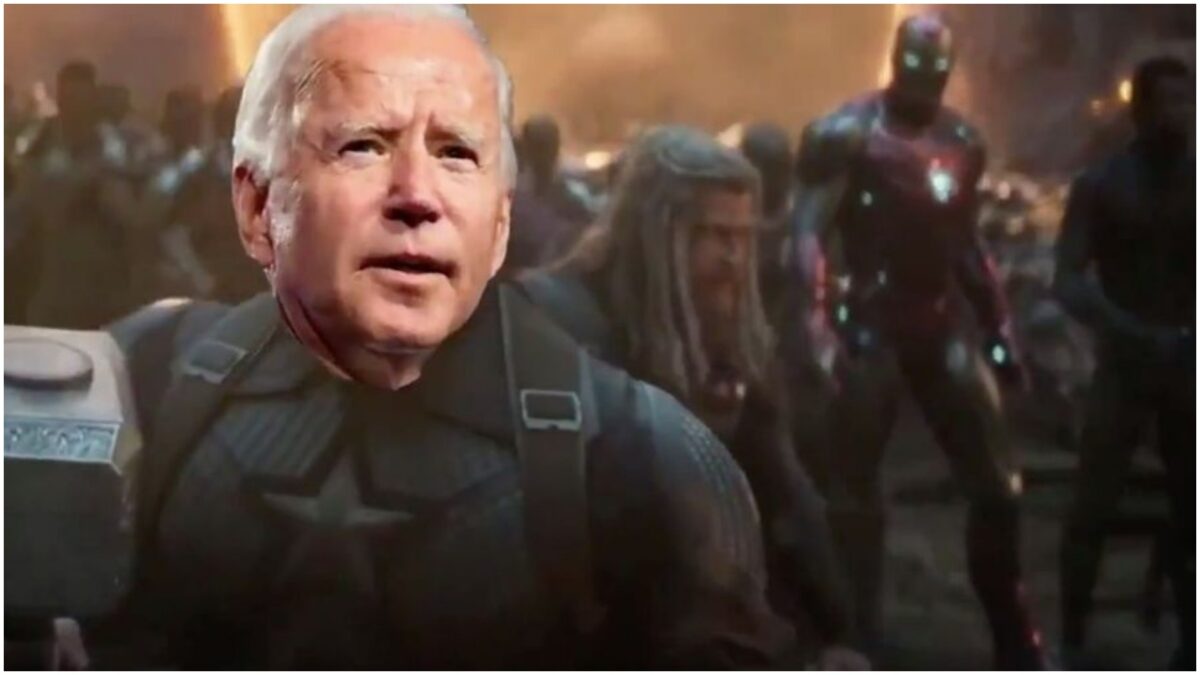 As Americans take to the streets in celebration of Joe Biden’s victory, it feels as if a massive weight has been lifted off of our shoulders. For four years, we’ve been held hostage to a relentless, rampaging wannabe dictator who rejected science, decency, and compassion at every turn. This win, against all odds and everything stacked against us, is f-cking huge.

To celebrate, director/editor/actor John Handem Piette made the following fan film using the finale of Avengers: Endgame, starring Donald Trump as Thanos and Joe Biden as Captain America. We hear Biden’s famous, “will you shut up, man” from the debates, as the portals begin to open and reinforcements arrive.

First we have Georgia, with Stacey Abrams, Barack Obama, and Atlanta mayor Keisha Lance Bottoms as Okoye, T’Challa and Shuri. Then Kamala Harris flies out as Falcon, followed by Bernie Sanders/Doctor Strange, Elizabeth Warren/Mantis, and Cory Booker/Drax. Beto O’Rourke flies in as Peter Quill, followed by Pete Buttigieg as Spider-Man. I especially enjoyed AOC as Captain Marvel, flanked by The Squad.

The video slowly reaches a hilariously feverish pitch: Wakandans chanting “All votes matter”, Hunter Biden as strung-out Thor, and, inexplicably, Elon Musk as Tony Stark?! Oh, and Greta Thunberg flies in as War Machine, which I cannot be mad about. The battlefield is also flooded with those we lost, like RBG, John Lewis, John McCain, and inexplicably, Sean Connery. Mail-in ballots represent the thousands of soldiers flooding in through the portals.

This video is absurd, yet I cannot stop watching it. And apparently Twitter can’t either, as the fan video amasses over 30 million views.

Today feels like that part in Endgame where Captain America catches Thor's hammer and the audience loses their minds.

And honestly, I get it. This video meets the political moment we are currently in, when joy surpasses hyperbole. It feels like we’ve saved the world because we have, in fact, saved our country from four more years of Trump. Everything about this fight was so pivotal, so large in scale, that it can only be accurately depicted with superheroes and supervillains. I mean, Joe Biden is LITERALLY old Steve Rogers.

I feel like Endgame called this early when Captain America turned into @JoeBiden at the end of the movie. pic.twitter.com/O0WBK3ORTc

My favorite part of Avengers: Endgame is right before they defeat Thanos, how everyone stops and for 45 minutes argues whether Lincoln Project helped or not.

This cringy nonsense is an honest delight. I will watch it 100 more times and laugh every single time. What a time to be alive, what a meme to take over social media.