Also, put Melvin Gregg in everything. 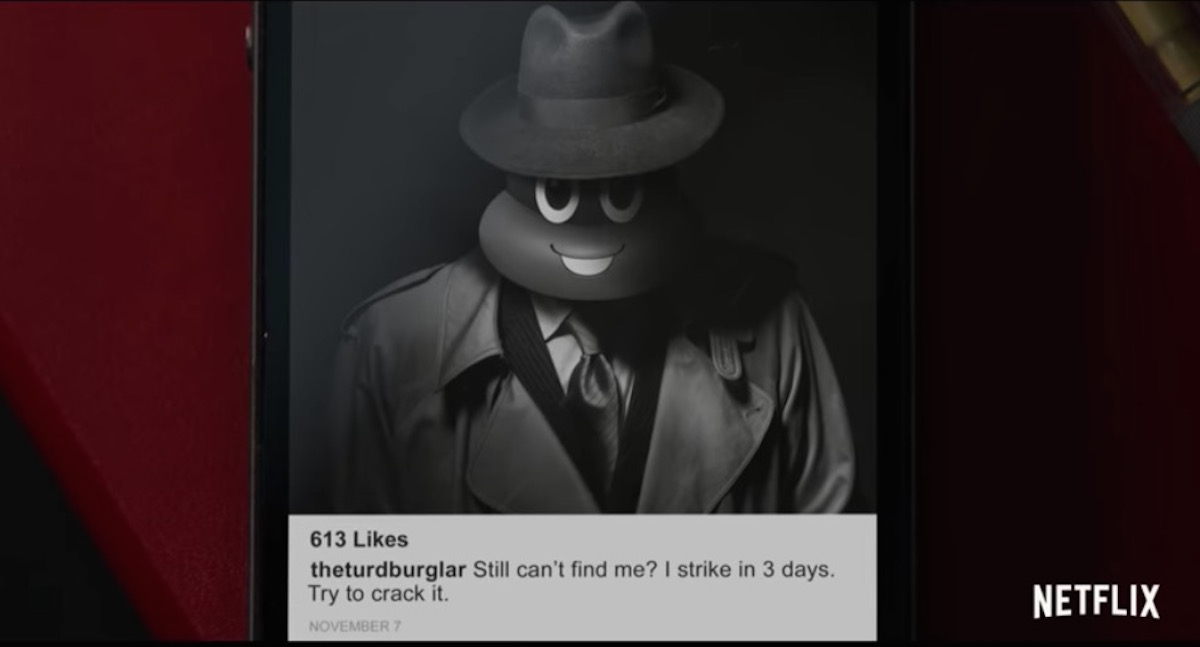 It’s sometimes hard to believe that a satirical true crime drama, about two student film documentarians investigating a poop-related crime, could end up being one of the best series about humanity. Yet, American Vandal proves that with great writing, a poop joke can transcend.

Our boys Peter and Sam are back to investigate the Brownout, a massive prank by the Turd Burglar, which led to nearly 50 kids pooping their pants due to laxatives in their lemonade. It was the first of three other pranks that terrorized St. Bernardine high school in Bellevue, Washington—all poop-related. The accused is Kevin McClain, the “fruit ninja” and school oddball, who goes on to confess to all crimes after several hours of interrogation by police.

Much like the first season, despite being a satire, American Vandal nails all the issues surrounding false confessions. Kevin is interrogated without any adult represent. The detectives use coercion, false promises, leading questions, and more. It’s also so perfectly played out that if it weren’t about poop, it would seem like a scene taken from a Netflix true crime series.

What’s great to watch unfold in this latest season is how the series nails how our generation, and those who come after us, interact with technology. There is a disconnect between the friendships that we have in real life versus the personalities we cultivate on social media. In the first episode, we see several different students being defined by their Instagram, Youtube videos, and Twitter messages, all in attempts to either show off or seem more interesting or clever than they are.

Our many characters: Kevin McClain, DeMarcus Tillman, and Jenna Hawthorne, all are trying to seek real connections on a platform where they could pretend to be literally anyone. It’s one of the sad facts about our society as it stands today. Everybody’s looking for something. How much of our digital identity is who we are and how much of it is who we want to be?

Kevin says that he likes being the “Fruit Ninja” when it’s treated as evidence of him being bullied, but no, he enjoyed being the guy everyone throws fruit at, because it gives him something to be. He hides all the isolation he feels in this other persona who matters. DeMarcus Tillman is popular, but due to that, he doesn’t know who is with him for real and who is there to ride his coattails. Jenna Hawthorne spent all her time putting out an image of herself out into the world that, when it came crashing down with the reveal that everyone hated her, left her realizing that nothing she had done matters.

That made them all vulnerable victims to the catfish and the Turd Burglar.

It’s revealed that the Turd Burglar is Grayson Wentz, an expelled student kicked out for sending vulgar sex messages on Twitter about another student. He started this whole plot by first violating a woman’s privacy and stealing all her private videos and images to manipulate other people. Where he sets himself up at first as a victim of the school’s double standards (they expel him for his tweets, but keep an athlete who harasses a girl online for months), he quickly proves to have been deserving of that punishment.

He collects nudes and other private information on his victims and uses it against them to prove a point: they are all fake, they are all vulnerable, and they can all be manipulated. It’s a white male power trip that left me reeling after I watched it, because we are all vulnerable online. We are all trying to find people that make us feel a little less lonely. We are all trying to be our best selves in public because we know now, more than ever, how much it happens.

And, because of the type of world we live in, it’s easier to share your personal struggles with people who you don’t really know than those who you see every single day.