Let’s Talk About the Uneven Season Finale of American Gods 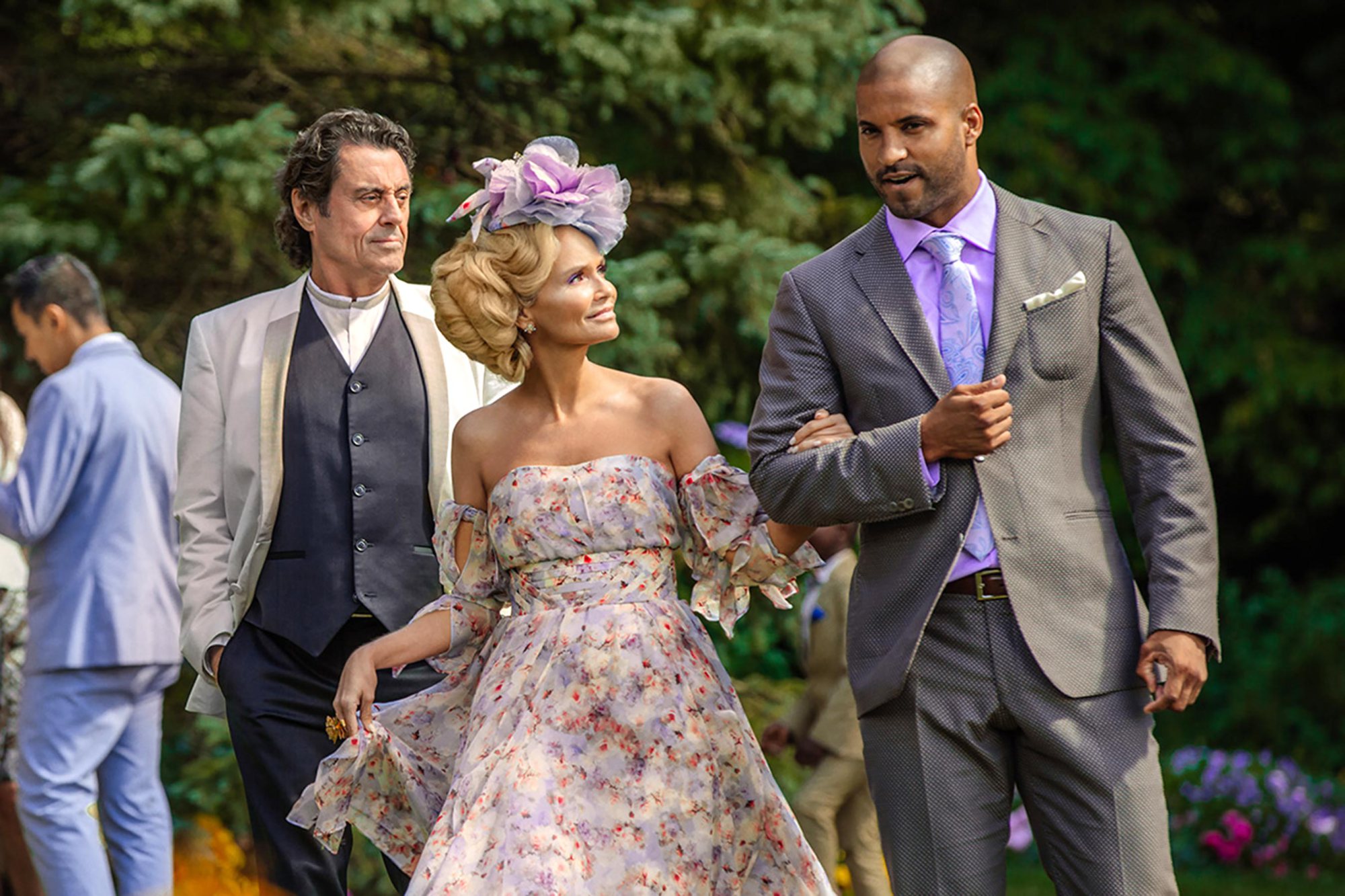 Spoilers for episode 8 of American Gods, “Come to Jesus.”

Okay, Gods-watchers, don’t strike me down with lightning, but I was rather underwhelmed by the first season’s final bow.

From the start, I’ve been an enthusiastic fan of American Gods (as I am of Neil Gaiman’s novel), and the majority of episodes so far have thrilled me. Last week’s “A Prayer For Mad Sweeney” was my favorite episode of the whole season, on par with the incredible navel-gazing Laura-centric “Git Gone.” But viewing American Gods appears to be a highly personal experience, and a divisive one: my old boss Annalee Newitz declared that with “Mad Sweeney,” the show “just took a nose dive,” a sentiment that I am ready to get into fisticuffs about.

Anywho, we’re here to discuss “Come to Jesus,” the show’s season finale of its sadly short 8-episode first season (a second has been approved, thank the Gods). Sadly, I felt somewhat let down by the story, even if everything was else exploding in eye-popping technicolor.

As we’ve come to expect of American Gods, the aesthetics were so on-point they’re on another level, making your average TV show look like it was designed by kindergarteners in comparison. More so than maybe any other episode, the visuals were the true star of the show this week. Every frame of Easter’s garden party looked like a sumptuous painting come to glorious life, and I now desire bunny minions who run interference and gossip for me.

But considering its super-strong beginning, the rest of the episode, for me, seemed to chase itself in circles, no matter how beautifully stylized those circles were. Sure, the episode looked great. Sure, a couple of long-simmering plot points got resolved, like who was responsible for Laura’s death and who Mr. Wednesday really is. Kristin Chenoweth, my favorite pint-sized performer, delivered a gorgeous turn as Easter, equal parts soft pastels and menacing feminine power.

Ultimately, however, this felt more like the lead-up to the season finale than an actual season finale. If this had been the penultimate episode I would be 10000% on board. Instead, it’s hard not to be disappointed that this is all we’re left with to tide us over until next season.

“Come to Jesus” was far more navel-gazing and self-indulgent than “Git Gone.” How many not-so-profound ruminations on the nature of belief can you cram into one episode? As many Jesuses are in existence, apparently. (Jeremy Davies, I see you, and I love you, and you make for a great White Jesus, but I just kept thinking that Lost’s Daniel Faraday had traveled back in time and found himself in Nazareth. I’m sorry/not sorry.)

Once you snap out of the spell cast by the visuals, there wasn’t a lot of story-based substance here. While Ian McShane’s revelation as Odin was unbelievably awesome from an acting and special effects perspective, unless you’ve been living under a rock it wasn’t surprising who he is. (He talks to two ravens, has a glass eye and Czernobog called him “Wotan” to his face in the second episode. Fucking google it.)

Also, does Wednesday’s true identity really matter all that much? Like, season finale-shocker-much? The whole point, narratively, that everyone keeps repeating is that worship of Odin has been forgotten by this point in time. So any viewer who didn’t know who Mr. Wednesday (literally “day of Woden”) was wouldn’t really know or care anyway.

As always, the performances were great—I could happily watch Gillian Anderson do anything, let alone appear as the manipulative Goddess Media, this time styled as Judy Garland in Easter Parade (see what they did there?), and Emily Browning and Pablo Schreiber continue to be the most watchable, chemistry-fuelled characters on the show as Laura and Mad Sweeney.

What worries me is the main A-plot: at this point, I’d much rather go back to 1700’s America than spend another minute with Shadow dizzily trying to understand what this Gods thing is all about. I’d expected the episode to end with some kind of decisive battle, or a nail-biting cliffhanger, but instead we get Easter rescinding spring, Laura requesting to talk to Shadow, the momentary set-back of the New Gods (their faceless minions were creepily rad though, I’ll give them that), and the tease that Bilquis is heading to the House on the Rock in Wisconsin, where, ostensibly, the real action will at last go down.

The problem in this for me is that if you haven’t read American Gods, the ominous view of the “House on the Rock” sign that ends the episode holds no meaning whatsoever. If I had no idea of what was coming, I would have ended that episode saying, “Huh?” and “That’s it?” Well—I know what happens in the book, and I still said that last night.

Maybe this is a case of American Gods having raised the narrative stakes and standards so high that we come to expect fantastic things from them across the board. But I still can’t shake the feeling that last night’s episode underwhelmed, and I wonder how the second season will proceed. Eventually, the audience will grow impatient with Shadow’s confusion and the ham-fisted bon mots from Gods old and new about their place in an increasingly atheistic world. After last night, I’m left with the feeling that we’re not wrong to shun these jealous Gods. Call me agnostic.

What did you think of American Gods‘ season finale?