Let’s Talk About My New Favorite Episode of American Gods 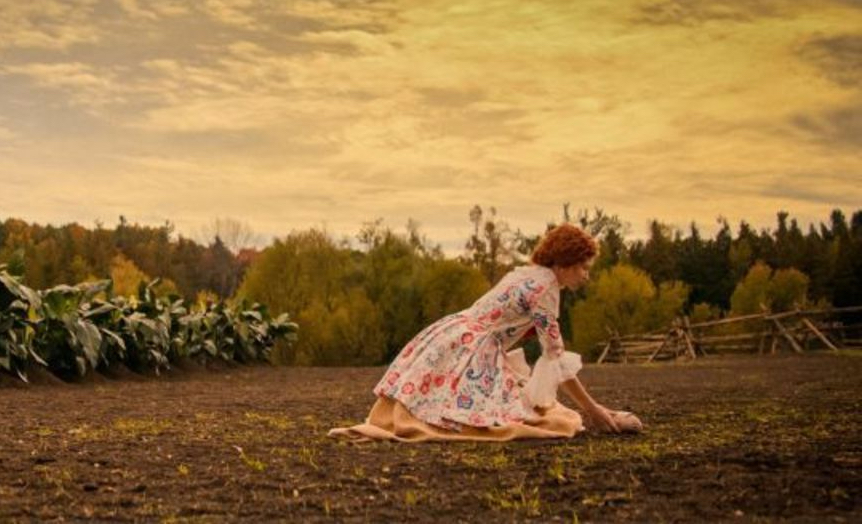 A Prayer for Mad Sweeney was touching and delightful, and it struck a totally different tone than the episodes we’ve seen so far. I loved this week’s American Gods, and you should, too.

It’s hard to believe that we’re one episode away from the season finale of American Gods. I feel like it just started! Thankfully, the show has been renewed for a second season, so we know we won’t be left on an eternal cliffhanger (as next week’s Gods showdown at the House on the Rock is sure to cliffhang).

One of my favorite things about this show is its continued ability to surprise us, to encompass many different kinds of television and genre in one striking package. So while last week’s episode was primarily about Shadow and Wednesday’s rounding-up-the-Gods quest, and was rooted in the heart of present-day Americana and gun culture, this week we were mostly in Ireland and England and sent back several centuries.

I’d been excited for A Prayer for Mad Sweeney because Sweeney’s been such a fun, surly, mysterious character, and I’d hoped we’d get to see some of his backstory. I didn’t realize that they’d extend Sweeney’s “Coming to America”—via the devotion of Essie Macgowan—through the whole episode, but I thought this worked wonderfully.

Essie’s story ran parallel to Laura and Sweeney’s roadtrip in the modern day, and the casting of Emily Browning in the doubled roles of Essie and Laura was an absolute genius move. It’s hard to imagine another actress playing Essie. And what an unexpected treat to have Irish grand dame Fionnula Flanagan guest starring in another dual part, that of Essie’s grandmother and Essie at the end of her life. Flanagan makes me believe in fairies and leprechauns.

Browning continues to show her considerable range and skill at playing multifaceted characters, and she has found an ideal acting partner in Pablo Schreiber. Their chemistry has long been excellent, and they proved this anew by continuing to spark off of one another even when playing different characters, or in Schreiber’s case, a Mad Sweeney at a very different point in his “life.” We find out a lot about Sweeney—that he began as an ancient king, is still wracked with guilt for fleeing a battle, and was reduced through changing beliefs to a “mere” leprechaun. The evolving nature of belief and traditions through time was a poignant theme this episode.

In the present-day side of the episode, Laura and Sweeney have forged a cautious alliance that is no longer completely caustic. The sheer joy of watching them interact made me wish that their roadtrip could continue of for many more episodes. But alas, we are close to the season’s end. We know that next week will see Wednesday trying to recruit Kristin Chenoweth’s Easter, and considering that it was a white rabbit that caused Laura and Sweeney’s ice cream truck accident, all roads seem to lead to her.

Speaking of that accident—as if we needed any further proof, A Prayer for Mad Sweeney firmly established American Gods as the most gorgeous and finely executed show on television. Who else could make a van flipping over into poetry, and every frame of Essie’s story a painting? You could watch this show with the sound off and still be riveted—but I wouldn’t recommend it, since the music is so much an involved part of the narrative. The doo-wop songs juxtaposed over Essie’s colonial America-era story somehow worked perfectly.

The biggest twist this episode was that we learned Mad Sweeney was involved in the original car accident that took Laura’s life, presumably at Wednesday’s request. Will this come information come out next week, leaving both Laura and Shadow betrayed by their traveling companions?

Further thoughts on A Prayer for Mad Sweeney: is there anything more wonderful than Mr. Ibis and Mr. Jacquel? No, there is not. NOTHING BAD BETTER HAPPEN TO SALIM. HE DESERVES EVERY HAPPINESS IN THE WORLD. So, it seems that even dead, Laura can die again—with a bad enough injury the coin can come free. I wonder what she saw in death this time around? And speaking of death, I almost sobbed when Sweeney came to take Essie’s hand in the end. I don’t cry easily, so thanks, I think, American Gods.

How did A Prayer for Mad Sweeney make you feel?