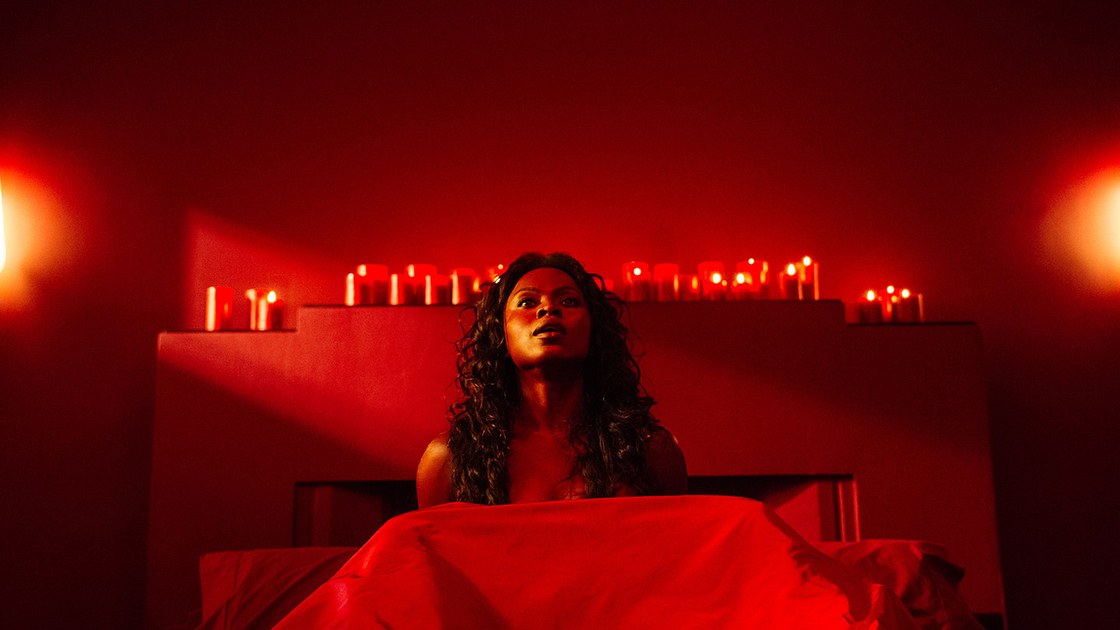 Fans of American Gods have long disputed whether or not the popular novel would translate to a visual medium. The sexually graphic opening scene featuring the goddess Bilquis, in particular, would surely trip any censor, but her character’s journey through the show—and how it differs from the source material—is one of its best assets.

As much love and praise as the character of Ghanaian god Anansi/Mr. Nancy receives, he doesn’t quite embody the journey through America that most Black people have endured. Anansi retains every ounce of his dignity and power in the present. He’s completely unfazed by the passage of time, still wearing the same type of suit in which he crossed the Atlantic.

In many ways, it’s refreshing to see a Black woman take on the brunt of injustice America can casually throw around. In Neil Gaiman’s novel, Bilquis is an enduring character struggling to survive in a new world that has forgotten her. She does it with the conviction and with the grace of a queen, and there isn’t much difference between what we see in the first chapter of the novel and what made it to the screen.

However, Bilquis’ journey takes a distinct turn in the show. In the novel, new god Technical Boy savagely murders Bilquis. Pulling up in his limo, he runs down her ravaged body over and over until she is literally a smear on the street. Thousands of years of divine reign are reduced to nothing in a matter of seconds. It’s one of the most powerful moments in the book.

Bilquis had been forced into sex work, like many women in the U.S., just to survive. We see her ravaged by time, disease, and the killer of all gods: a lack of faith. Such an end in the novel was understandable.

Readers needed to understand that there were real and permanent consequences for gods, and her death perfectly displayed how gods died in America. Bilquis did not go out in a blaze of glory. She was sacrificed for a cause in which she was not an active member. She was old and therefore redundant. Her death was an impactful victory for the new gods in town. 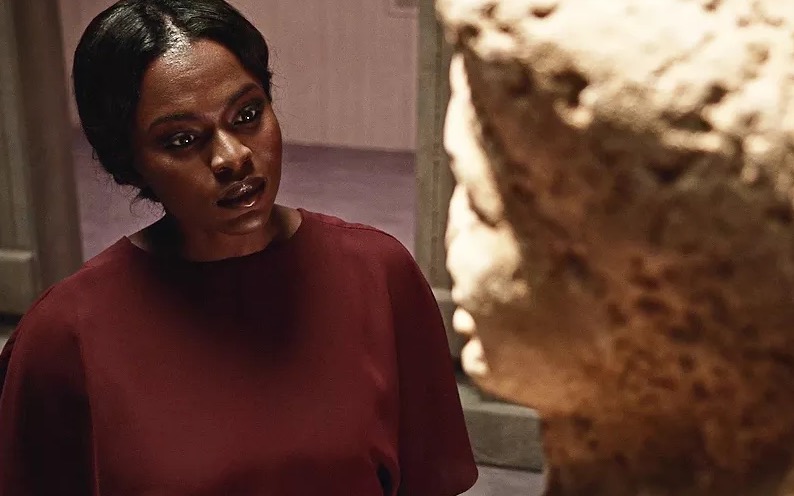 In the Starz series, however, Bilquis suffers through the decimation of her culture. She is forced out of Tehran in 1979 during the uprising. In America, free love is punished with disease, and her most devout follower dies in a hospital alone. Destitute on the street, she’s offered a new existence as the God of Tinder by Technical Boy.

Bilquis seems to accept, but no words are spoken. This is an important distinction amongst the gods. It is nearly impossible to picture Bilquis supporting the new god’s agenda. For as much as she wishes to remain relevant, a left swipe isn’t going to get the job done. She is a goddess of physical touch, seduction, and lust. Calculated Media and aloof Technical Boy will never understand the real fuel that lights Bilquis’ fire. Her worship is the physical act of sex.

In an interview with AfterBuzz TV, actress Yetide Badaki, who portrays Bilquis on the show, said, “The old gods are still around for a reason.” Mr. Wednesday, the leader of the old gods, should have cleared any doubt to the opposite—swindling cops during a con, luring young women into worshiping him, and convincing Shadow to have faith required patience and cunning that the new gods lack. No place is this more clear than the museum scene where Technical Boy tries to force Bilquis into doing his bidding. He speaks in a rush of verbose prose. He’s used to shouting people down or insulting them into a blind rage.

But, Bilquis is different. She is slow and methodical in her approach. She intimidates him by simply closing the space between them. Standing below his throne, she is still more powerful than Technical Boy could ever hope to be. She just needs the right team behind her to return to her former glory.
Now, we’ve arrived at the point where the show veers from the novel in an endlessly fascinating way. In real life, the news media is an endless stream of beaten Black bodies. Kudos to Bryan Fuller and Michael Green for making the choice to use Vulcan, the god of guns, to deliver the sacrificial message to their television audience. It’s an inspired decision.

There’s a sigh of relief knowing that a god who’s a white man, actively insights homegrown terrorism, and betrayed his original crew was used as a blood sacrifice, instead of the inspirational goddess. There is comfort in not having to process the death of another beloved Black character. There is elation in knowing another queer woman won’t be killed to inspire or encourage the rest of her team to an unsatisfying victory.

It’s hard to overestimate the impact of Badaki’s performance as Bilquis. “It takes a village,” Badaki said of her transformation into Bilquis. No one can deny she is divine, clad in gold and staring down anyone who would try to stand in her way. The show has made conscious decisions to use the beautiful deep color of her skin instead of trying to lighten the actress to fit a mold. She’s an African goddess, dark and lovely. Her portrayal has been an inspiration to many dark-skinned women.

Sparing Bilquis sets up an intriguing query for season two. In the final scene of the finale, “Come to Jesus,” Bilquis is on a bus headed to Wisconsin and the House on the Rock. The audience is left to make the decision as to whether Bilquis is a spy for the new gods or the old gods’ greatest weapon.

There’s a beauty in Bilquis returning to her roots—reclaiming what was stolen from her in Tehran 1979. On the other hand, there’s a distinct feeling that a heroic and reclaimed victory would be too much of a neat ribbon for a show like American Gods.

Whichever path Bilquis ends up taking, she is now the centerpiece of the war and thus the show. Who would have thought Bilquis, a character most were sure could never appear in a proper adaptation, would hold such a powerful position in American Gods lore? Season two cannot arrive soon enough.

Joelle Monique is a graduate of Columbia College Chicago with a degree in Cinema Art’s + Science. When she’s not watching TV, she can usually be found on Twitter, talking about her adventures on Tinder. She is a West Coast Correspondent for Black Girl Nerds and a Host for AfterBuzz TV, Black Hollywood Live, and Book Circle Online.