[UPDATED] WTF? American Apparel Encourages Sales Associates to Wear “Ask Me to Take It All Off” Shirts and Buttons for Black Friday 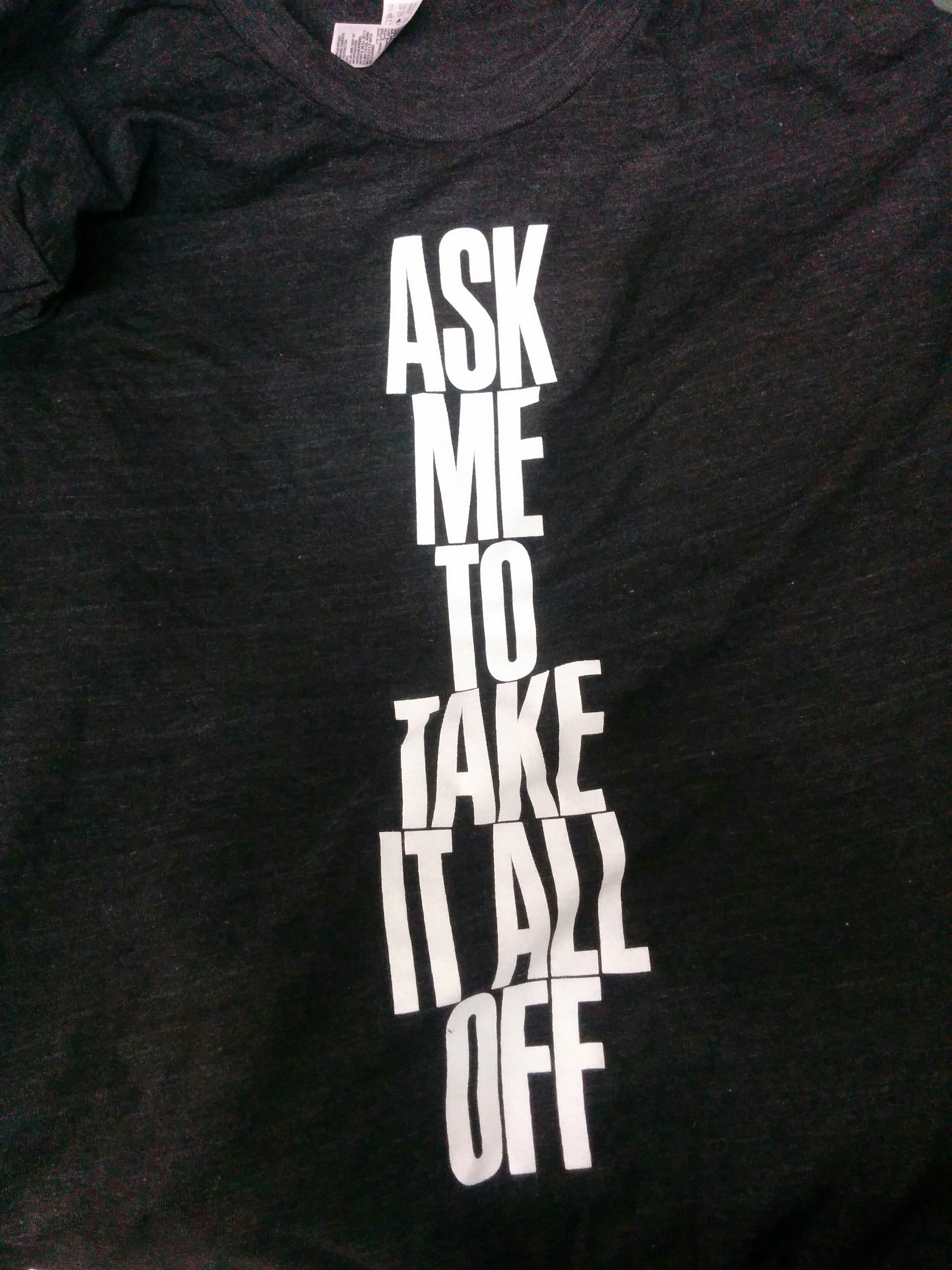 According to an email sent to us by an American Apparel retail employee who wishes to remain anonymous, this Friday many of the chain’s staff will be wearing shirts and buttons with the slogan “Ask Me to Take It All Off.”

Although our source initially understood that the shirts were mandatory for sales associates at American and Canadian stores, she says employees instead have the option of wearing a black shirt with an “Ask Me to Take It All Off” button on it. In an email, employees were told “All stores will be receiving special button pins and t-shirts to wear ON Black Friday! Shirts are optional, however, employees are highly encouraged to participate. ” 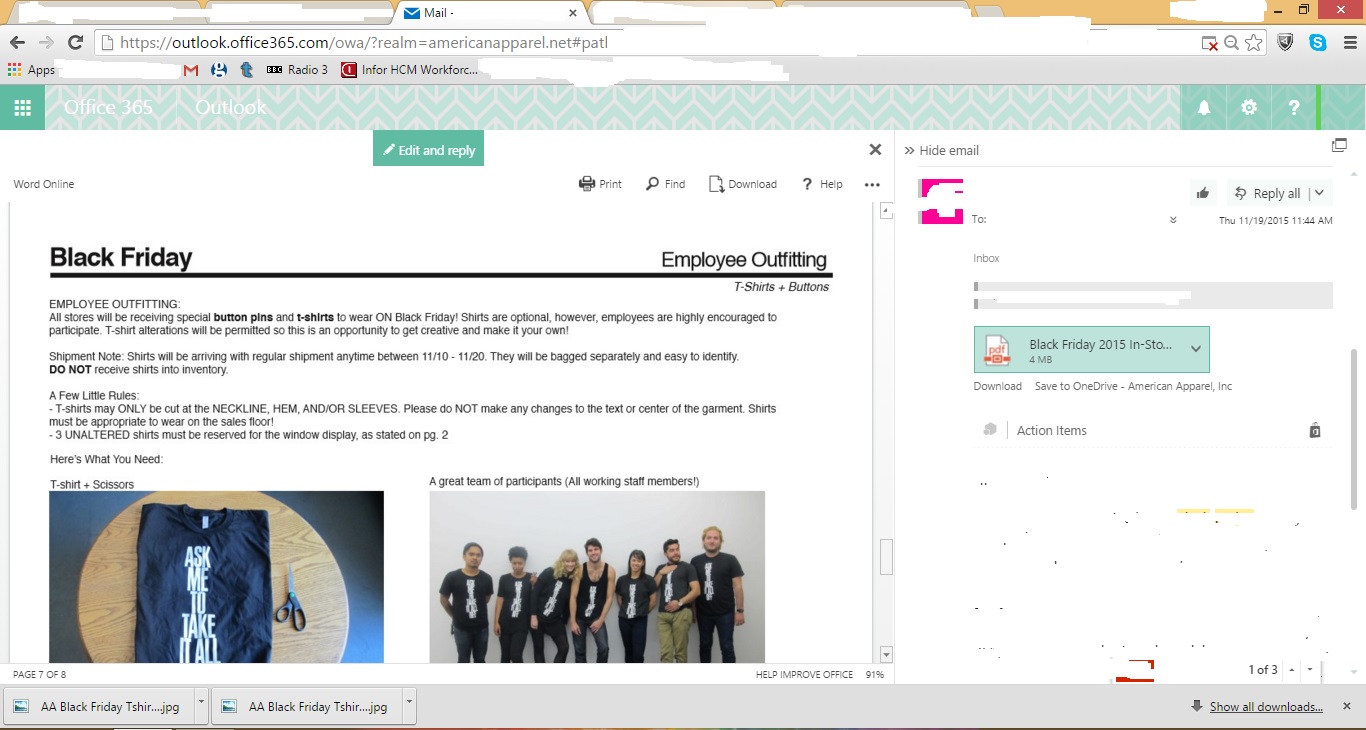 Our source, who says the campaign will remind female staff and customers “that a woman’s body is never hers alone,” explained over email:

I understand that American Apparel, the corporation, doesn’t see me as a real person and aims to commodify my sexuality in order to sell their product. I still work for them because in the past, I have always had discretion about how I choose to present myself at work (so long as I wear AA head to toe). Now they are actively encouraging our patrons to sexually harass me and my colleagues, some of whom are as young as 15. A lot of our retail workforce is made up of high-school aged girls. There’s no question in my mind that anyone wearing the shirt will face inappropriate comments from customers.

Although obviously stores shouldn’t need to worry that customers will take a suggestive slogan as permission to verbally or physically harass sales associates, American Apparel’s decision to use such a loaded phrase does make it seem as if the company is unfamiliar with the unwanted advances women often experience when working in any area of customer service. By using a slogan like “Ask Me To Take It All Off,” American Apparel is, at best, accidentally providing creeps with an opening pick-up line; at worst, they’re taking advantage of the power dynamics between employer and employee (particularly very young female employees) and conflating objectification with edginess.

In other words, the slogan seems like a strange PR move for a company still struggling with the image problems it inherited from founder and former CEO Dov Charney, who was fired for misconduct, including sexual harassment, last December.

In a statement, our source explained that, while American Apparel often plays on the sexuality of its employees, in her experience, that commodification is usually at the worker’s discretion. Still, she worries that the staff at some stores may not feel as if they have a choice with the “Ask Me to Take It All Off” Campaign:

To be honest, my overall experience at AA has been very positive. My location is very supportive and appreciates hard workers. We’ve had campaigns in the past that I’ve rolled my eyes at (ex. #pantytime) but I’ve always had a choice in how to present myself at work. We always have a choice if we want our images used for advertising on social media. We can choose to be sexy, or not, depending on how we feel that day. So American Apparel has always benefited from the sexuality of its retail workers, but at their discretion. With this particular campaign though, it takes that commodification of our sexuality out of our hands, inviting customers to comment on our bodies in a way that’s really gross and invasive. Which is funny if you read the fine print of the directive – they’re encouraging us to cut up the shirts, but they still have to be “appropriate”, which is laughable when you consider this overtly sexual tagline that we’re not allowed to alter in any way.

I know at my location, me choosing not to participate won’t be a huge problem, I won’t get a lot of pushback from management. But girls at other stores may not be given the choice, most of them won’t ever see the directive document first-hand and its up to management to communicate this information to them. I think there’s a huge risk of harm for our employees.

We’ve reached out to American Apparel via email and phone and have yet to hear back; we will update this story if and when we do.

Update: In a statement sent to us over email, an American Apparel spokesperson explained the slogan will be discontinued:

This slogan on these tee shirts – which were distributed to both male and female employees as optional – was originally intended to be a play on words to engage customers during our Black Friday Sale, which features an additional 50 percent off items that are already marked down 50 percent. We understand that this offended an individual employee who spoke up about his / her concerns. American Apparel is a company that values free speech, and most importantly, creating an environment where employees feel valued, protected, and safe. As such, we have decided to discontinue this slogan and will seek other ways to stay creative and push the envelope, which is part of our brand DNA. 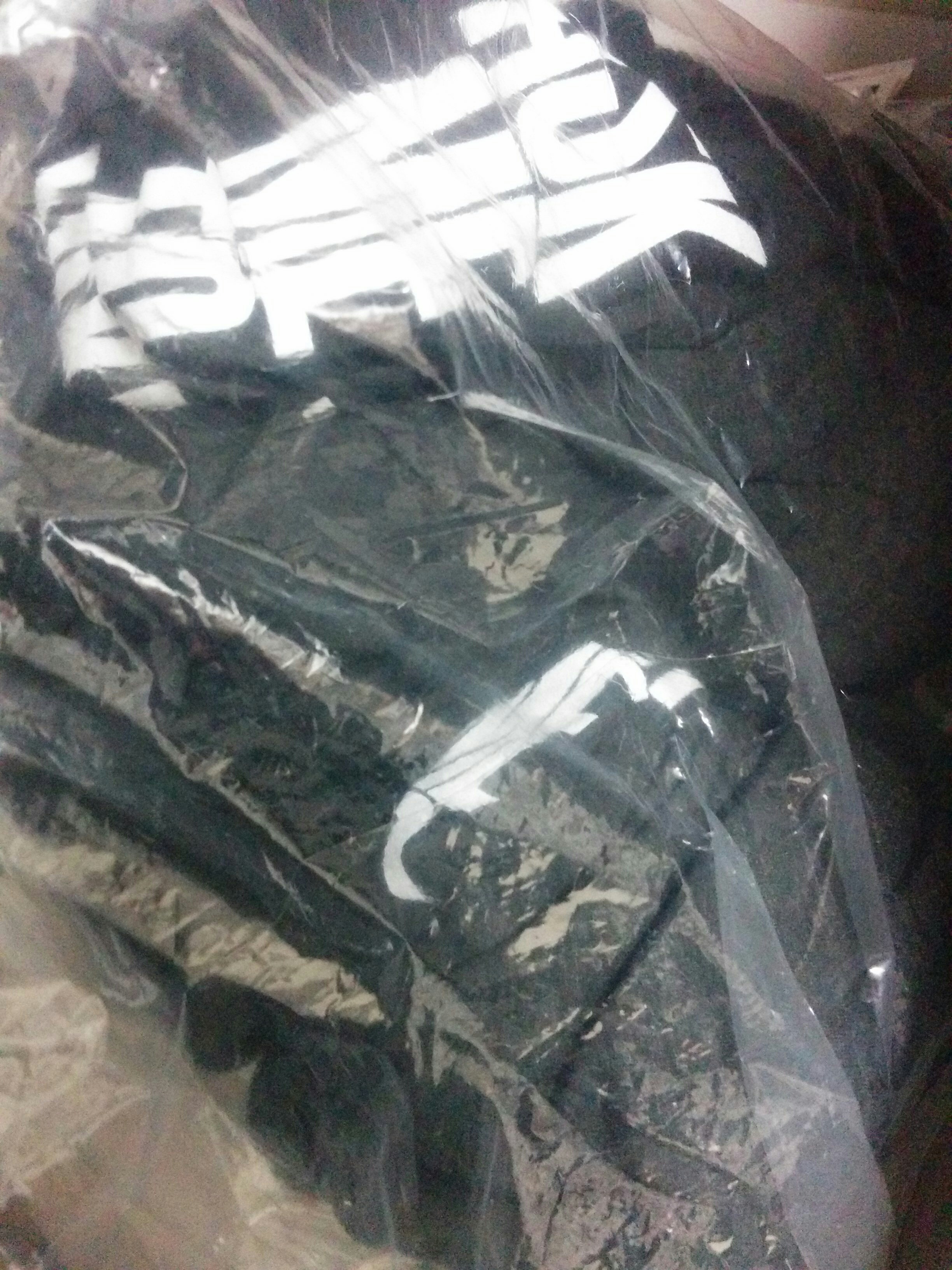