Too soon, GAP. Too soon. 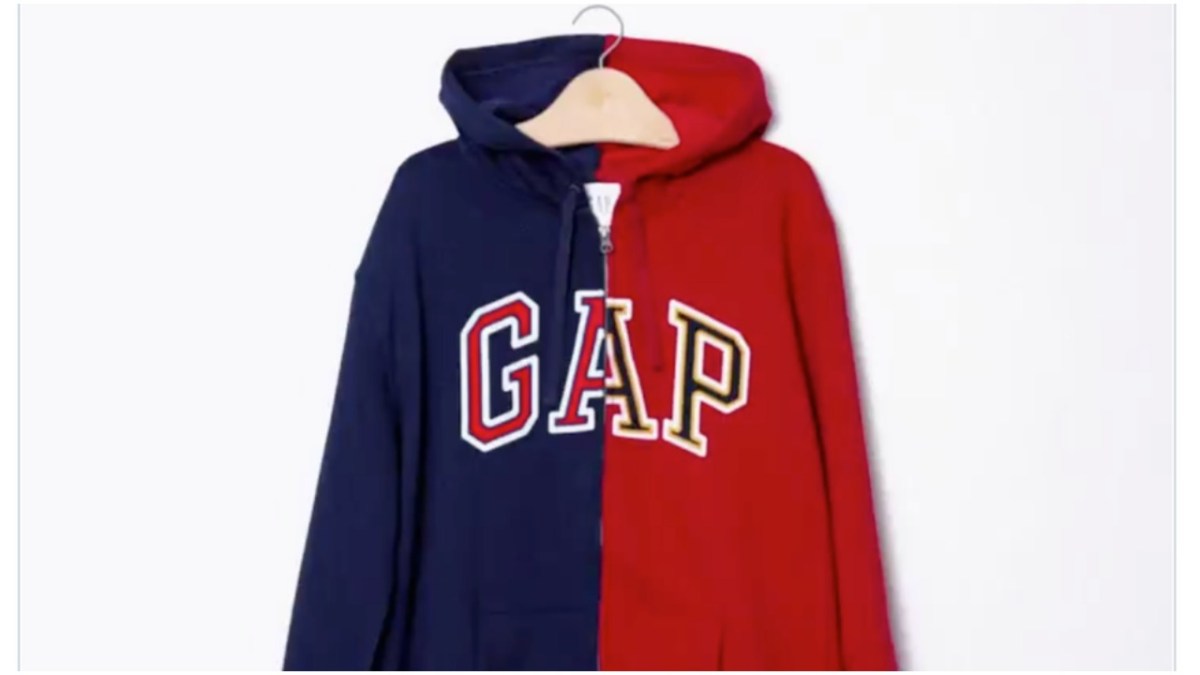 As everyone waits with bated breath for the election results, Americans have never been more divided. Right now, it feels impossible to find any sort of common ground with the folks across the aisle. Thankfully, there is one thing that can still unite the country and bridge the divide: this poorly timed bipartisan hoodie from the GAP.

Right after the election, the marketing team at the GAP decided to tweet this monstrosity to the public: 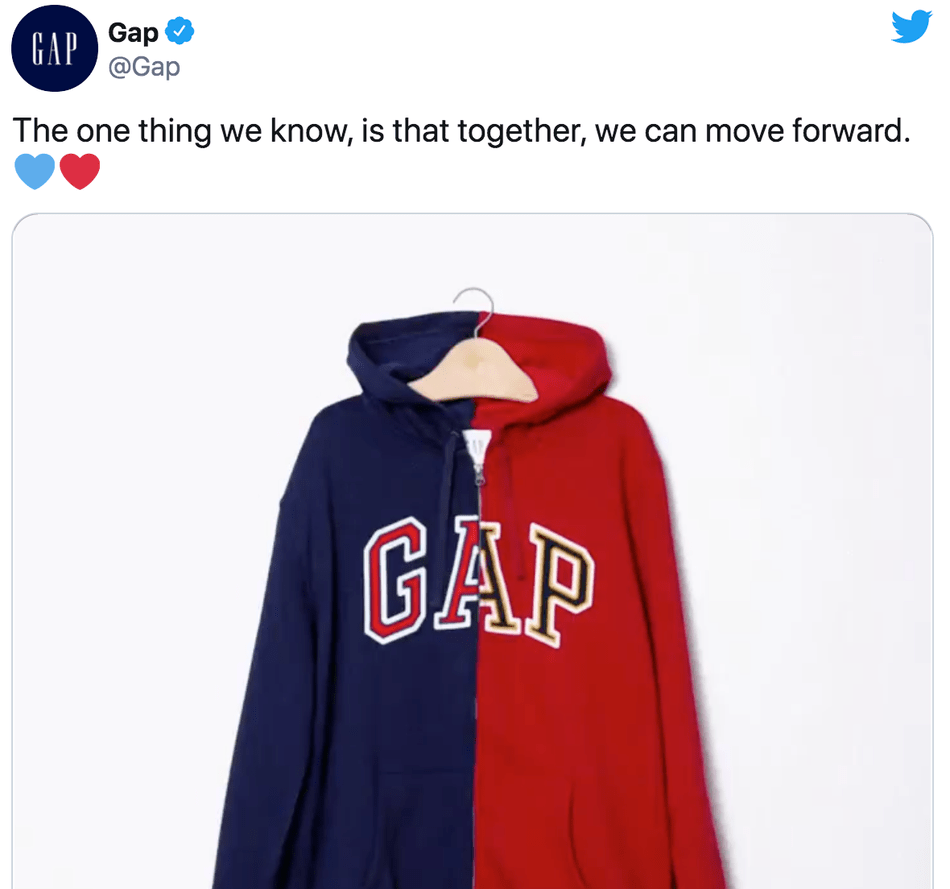 “The one thing we know, is that together, we can move forward,” intones the tweet, along with a hoodie that if half red, half blue. You know, like our country. Unfortunately, Americans were not so receptive to the GAP’s bipartisan plea, swiftly taking to social media to mock the brand.

thanks @gap i’m gonna wear this on the battlefield in the civil war to symbolize how we should all be getting along better pic.twitter.com/vWUbo8aSzb

Now is really not the time @gap for this corporate Karen bullshit. A coup attempt is not a fucking marketing opportunity to push product. pic.twitter.com/w2KTHu3e97

the real gap . . . was the political divide this sweatshirt just healed

That time @Gap posted the worst tweet ever, then deleted it but we already have screenshots.

Great learning exercise for marketers. This moment in time where our country is incredibly divided is not in any way an “opportunity” for content. pic.twitter.com/58YJ7NyXO2

yay we can just walk sideways depending on the city we’re in https://t.co/W8qyxfb05s

The backlash was so intense that the GAP removed the tweet and released a statement saying, “From the start we have been a brand that bridges the gap between individuals, cultures and generations … The intention of our social media post, that featured a red and blue hoodie, was to show the power of unity. It was just too soon for this message. We remain optimistic that our country will come together to drive positive change for all.”

The sweatshirt isn’t actually for sale, which is good because that thing is hideous. Like, why not just make a purple hoodie, or a hoodie with the American flag on it? Or why stop at just a hoodie? Why not make a pair of chinos where one leg is Trump’s border wall and the other is the statue of liberty? How about a dress that is half Planned parenthood half a terrified woman driving 3 states over to find a safe abortion option? The terrible ideas abound!

Honestly, Old Navy would never be this dense.