All sci-fi, all the time. 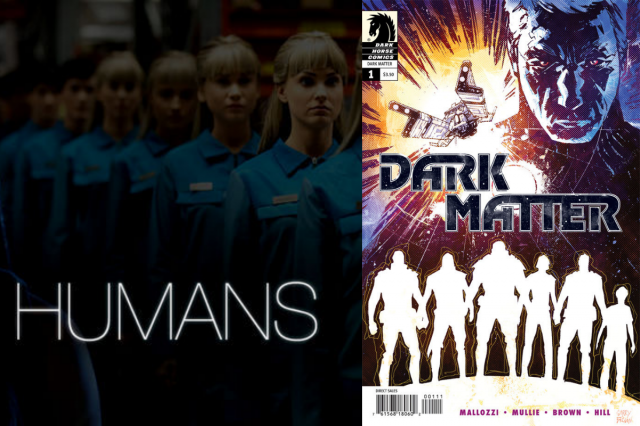 2015 is stacking up to be a pretty great year for sci-fi programming, if recent acquisitions are any indication. Both AMC and Syfy have picked up shows with high sci-fi themes, including robots and lost spaceships.

Based on the Swedish drama Real Humans, which we hear is pretty excellent, Humans was originally part of Xbox’s television programming slate (before that went the way of forcing people to buy the Kinect), and will star William Hurt and Katherine Parkinson. As part of a co-production with Channel 4 in the UK, the series will be written by the Spooks team and produced by the Broadchurch folks. Here’s what THR has to say about the plot:

Humans is set in a parallel present where the latest must-have gadget for any busy family is a “synth” — a highly developed robotic servant eerily similar to its live counterpart. In the hope of transforming the way they live, one strained suburban family purchases a refurbished synth only to discover that sharing life with a machine has far-reaching and chilling consequences.

Hurt will play the lead, George Millican, a widower who has formed a parental-like bond with an out-of-date synth named Odi, while Parkinson plays a woman whose husband buys a synth that starts to display human qualities. How very Asimovian.

Meanwhile over on Syfy, the channel has picked up a TV adaptation of the 2012 Dark Horse limited comic series Dark Matter. Both the comic and the show are written by Stargate (SG-1, Atlantis, and SGU) veterans Joseph Mallozzi and Paul Mullie. Working with the production team behind Lost Girl, Syfy has ordered thirteen episodes of the series.

“Dark Matter is a refreshing and entertaining space opera that blends an intriguing premise with fast-paced suspense,” said SVP of Syfy programming, Chris Regina. “It will be a terrific addition to our primetime schedule next year.”

The show follows the six-member crew of a starship that wakes up from stasis with no idea of who they are or where they’re going. Mallozzi and Mullie are responsible for what (in my opinion) are some of the all-time best episodes of Stargate – including “Window of Opportunity” and “Wormhole X-Treme!” – so I have high hopes for Dark Matter. If they can keep it from being another BSG/SGU clone, then I’ll really be on board.