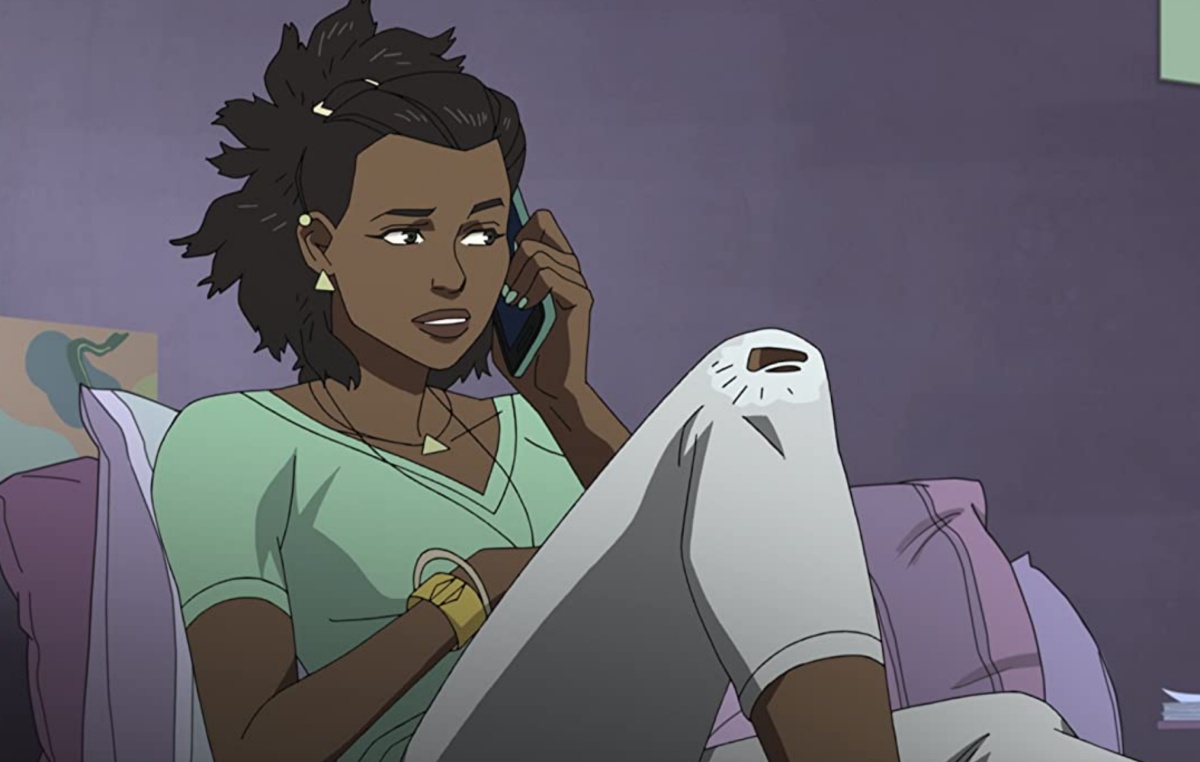 Invincible is an adult animated superhero series on Amazon Prime based on the comic series of the same name, by Robert Kirkman and Cory Walker. In eight hour-long episodes, we are introduced to Mark Greyson (Steven Yeun), son of the most powerful superhero on Earth, the alien Nolan “Omni-Man” Grayson (J.K. Simmons). He finally receives his alien superhero powers and becomes the superhero Invincible. But since this is an adult series in the same vein as The Boys, things get dark quick. Yet, one of the most disliked characters is Amber Bennett (Zazie Beetz).

We need to back up a little bit.

Nolan “Omni-Man” Grayson is Viltrum, a race of superpowered aliens. Nolan’s story is that he came to Earth over 20 years prior to the series to be its protector because that is what their people do. However, it quickly becomes clear that is a front when, at the end of the first episode, he brutally and bloodily kills the other members of the Justice League … I mean The Guardians of the Globe.

It is one of the most effective moments of the series and sets up a lot of the many lies that the characters carry.

Mark and his mother, Debbie, don’t know anything about this, so Mark simply attempts to balance his superhero work and social life—including this relationship with Amber.

Amber is a popular girl and classmate of Mark’s who started dating him after he stood up for her against a bully. She says to Mark about why this attraction has come about: “I’ve had a lot of guys throw punches for me. Never had any of them take a punch for me.”

What starts is Mark having to be late and constantly, badly, lying about who he is and why he is late. It leads to them having a bad fight in episode six and a secret identity reveal in episode seven that Amber figured it out weeks ago.

For some people, this made Amber guilty of the highest crime a female character can be guilty of … hypocrisy.

Amber revealing she knew about Invincible’s true identity for weeks doesn’t give us an exact timeline of what she knew or not, and in a few cases, it does make things a little bit eh, but what she is angry about is the lying—not just the lying, but Mark’s inability to really put in the work to do everything. He doesn’t know how to balance everything and, as a result, is floundering at it all.

Mark took Eve’s advice about revealing his alter ego to Amber, and he decided to keep it a secret. Fine. Eve never said he should constantly lie about it just to keep her Locked Out of the Loop in a way that made her feel uncared for. They were dating for months. Knowing for weeks doesn’t make up for all of that. Missing important dinners, missing important milestones without any kind of communication is still being a bad boyfriend.

I like that Amber stands up for her place and importance. She isn’t asking to be more important than saving the world, but you know he could have said in human form “I’m going to go get help” before transforming into his superhero form. You know, basic superhero 101.

Nothing frustrates me more as a viewer than a female character being kept in the dark, unable to protect themselves because their partner is convinced that knowing the truth will leave them unprotected. We’ve dealt with that a million times. It is clear that doesn’t work, and Amber is one more example of how deep those lies cut.

Also, to the person who said that Amber was the “real villain” of the show as opposed to Omni-Man, did you miss when he called his wife of twenty years “a pet” and almost beat his son to death, saying he could make another kid?