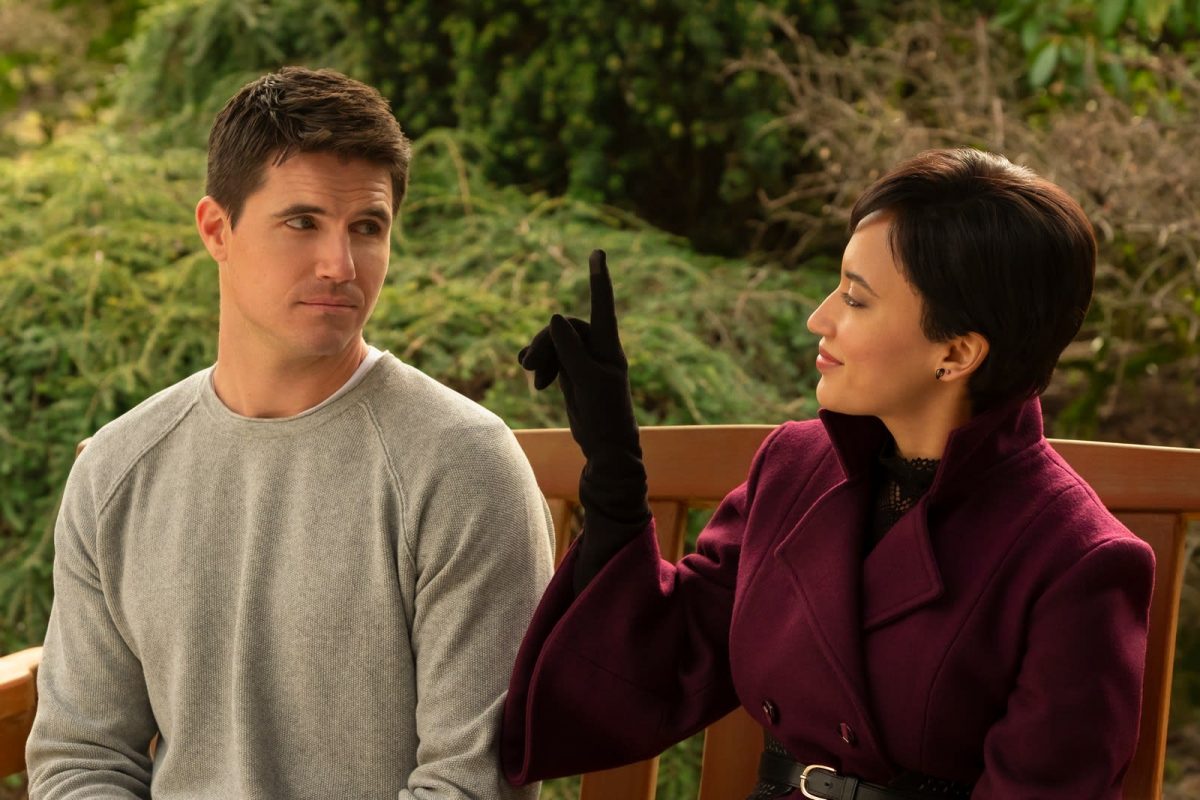 Greg Daniels has given us two of the most poignant and hilarious sitcoms of the 2000s: The Office and Parks and Recreation. So coming off of those two iconic series, the bar is obviously set high for Daniels’ next show. That next show is Amazon’s Upload, a dark comedy that takes place in the not too distant future, where people can cheat death by uploading their consciousness to a heavenly digital afterlife called Lakeview, run by tech giant Horizen.

The series centers on Nathan (Robbie Amell) a tech bro coder whose untimely death via self-driving car crash lands him at Lakeview, which is modeled after a five star resort. Helping him to adjust to his new afterlife is customer service support and “angel” Nora (Andy Allo), who spends more time in the virtual reality of Lakeview than in the lonely real world. Nathan and Nora build a flirty friendship, which is hamstrung by Nathan’s shallow girlfriend Ingrid (Allegra Edwards), who is footing the bill for his luxurious afterlife.

Upload naturally draws comparisons to fellow afterlife comedy The Good Place, which was created by The Office and Parks and Rec alum Mike Schur. But while The Good Place focused on larger philosophical questions about what we deserve in our afterlives, Upload feels more like Black Mirror-lite (Black Mirror literally did this plot in their standout “San Junipero”).

Another big difference: The Good Place was funny, but the jokes in Upload are few and far between. The series plays more like a dramedy, with a murder mystery subplot woven in as Nathan discovers that his death may not have been as accidental as he thought. And while the residents of Lakeview are dead, they are still trapped in a capitalist system and subjected to pop-up ads, in-app purchases, and the cost of “unlimited data”. Who needs God when you have corporate overlords dictating your every choice?

Daniels accomplishes an impressive amount of world building, and there’s plenty of rich material to explore in how the digital afterlife market extends our issues with wealth inequality. But the series is centered on characters who are thinly drawn and lack charisma. Robbie Amell’s vain Nathan is handsome, and he has some chemistry with Allo’s Nora, but it’s unclear what the two see in each other aside from their forced working relationship.

There is a flatness and a lack of specificity to the cast of characters, many of which are broadly drawn. So much of the success of The Office, Parks and Rec, and The Good Place is built on the lovable idiosyncrasies of its characters. It also helps that these characters are brought to life thanks to skillful performances from comedy heavy hitters like Steve Carell, Amy Poehler, Kristen Bell, and Ted Danson.

Upload shows promise and may develop into something deeper in future seasons, but for now it is very much like Lakeview. It looks pretty, and all the pieces are there, but it just doesn’t quite feel real.