Amazon Wants to Make a Movie Called Zombies Vs. Gladiators Written and Directed by Clive Barker, and We’re Cool With That 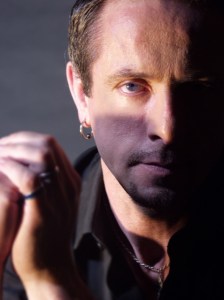 Amazon — the online retailer, not a different Amazon — has been attempting to dip its toes into the waters of cinema in an attempt to become a competitor of Netflix, which also recently started producing original content. And as part of its first trick to convince you that Amazon Studios is your next wacky destination for movie films, it’s developing a movie called Zombies Vs. Gladiators. I can tell you might have your doubts. But how about this: Clive Barker — the man who made Hellraiser and Candyman, not a different Clive Barker — is going to write and direct this movie. Do we have your attention? Come, follow me.

Guys, I’m not going to deny it: the more I read about this, the more I like it. First of all, it’s a sure sign that Barker has recovered from his coma earlier this year (which happened after a routine trip to the dentist), so it’s great to know that he’s doing well and ready to freak out his fans again.

But also, get a load of this plot:

The studio, part of Amazon.com, is planning a film in which a shaman about to die in the Coliseum casts a spell that rouses history’s first wave of zombies. It’s up to a gladiator to stop the spread of the zombie horde and save Rome.

First of all, holy cupcakes, that’s a wonderful idea. I always thought that Army of Darkness never had an Italian friend, and now it totally will! But seriously, I’m almost a little bit surprised that no one has thought of this before, because surely some enchanted, magical types were brought to the Coliseum to do battle with lions and weren’t to thrilled about it. And surely, he or she would have called on all the other innocent souls who were sacrificed for the sake of Roman entertainment. So this isn’t just a great idea — it also makes perfect sense. And now Clive Barker, with his amazing track record on horror and raising things from the dead (see: “The Forbidden” and its movie adaptation, Candyman), is going to make this?

I’m almost emotional about this.

Deadline says that Zombies Vs. Gladiators is just one of 16 projects that Amazon Studios has in development right now. But I have a feeling that none of the other ones are as ridiculously wonderful as this one. No word yet on a release date.