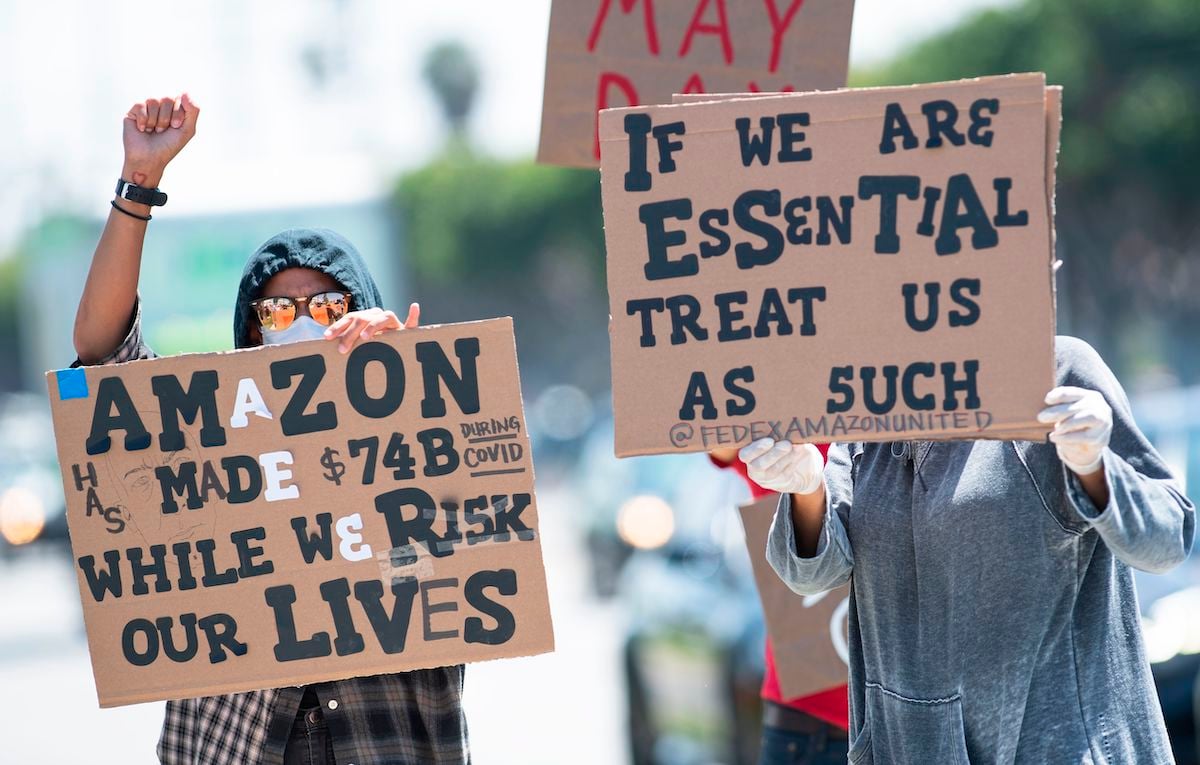 As the coronavirus pandemic continues to spread in the United States and people become even more dependent on delivery services, Amazon has managed to find new ways to treat its employees terribly—something it was already excelling at.

In recent weeks, multiple Amazon fulfillment centers across the country have seen outbreaks of COVID-19 and from a lack of hazard pay to substandard sanitization, workers say the company isn’t doing enough to protect them. Even worse, when employees protested, Amazon responded by firing organizers and whistleblowers and a leaked memo obtained by Vice shows higher-ups’ plans to smear and discredit at least one of them.

In an open letter posted to his website, Tim Bray, a now-former vice president at Amazon, writes, “At that point I snapped.” After lodging formal complaints and having the proper discussions, he knew that “remaining an Amazon VP would have meant, in effect, signing off on actions I despised. So I resigned.”

I’m sure it’s a coincidence that every one of them is a person of color, a woman, or both. Right?

Since its original posting, Bray has deleted a “list of adjectives” describing the company’s treatment of those fired workers. He says that “voices I respect told me it was mean-spirited and I decided it didn’t add anything so I took it out.” (“Chickenshit” was one of those adjectives and I get Bray’s decision but also he wasn’t wrong.)

Bray also notes that the company’s actions during the coronavirus pandemic aren’t a divergence from its past behavior.

“Firing whistleblowers isn’t just a side-effect of macroeconomic forces, nor is it intrinsic to the function of free markets. It’s evidence of a vein of toxicity running through the company culture. I choose neither to serve nor drink that poison,” he writes.

At the end of the day, it’s all about power balances. The warehouse workers are weak and getting weaker, what with mass unemployment and (in the US) job-linked health insurance. So they’re gonna get treated like crap, because capitalism. Any plausible solution has to start with increasing their collective strength.