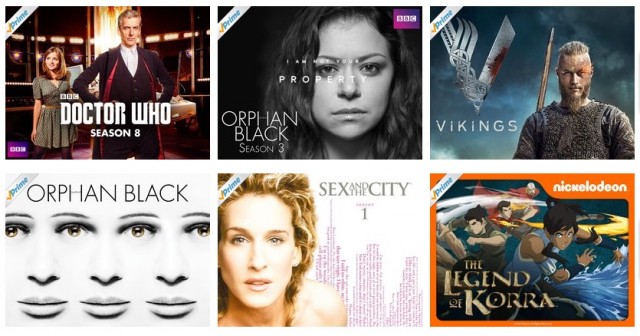 Amazon’s prime subscription service is an enticing package with free two-day shipping and unlimited access to the company’s Prime Video streaming service (home to Orphan Black and recently nabbed Doctor Who), but it’s also got a decent overhead due to $99 for a one-year subscription being the only payment option. That’s about to change.

Next month, Amazon will begin offering two different Prime packages on a monthly subscription basis, but they won’t actually save anyone any money despite the lower up-front cost. For a full, month-to-month Prime subscription, customers will pay $10.99 per month for access to free two-day shipping, Prime Video, music streaming, ebooks, and early access on deals. For those who just want the company’s Prime Video offerings, the monthly charge is $8.99, which is $1 less than Netflix’s recent rate hike. Both of those come in at more than $99 for a year (approximately $108 for video-only and $132 for all the Prime benefits over 12 months).

On the other hand, if you only want Prime for free two-day shipping during the holiday season or you just want to binge on some of the video offerings for a month or two, you could save some cash by going with the month-to-month options and canceling them without going the full year. It’s also telling that Amazon is separating out its video service on its own subscription plan, suggesting that they’re interested in becoming a serious competitor on that front without requiring customers to pay for all the other Prime perks—even if the full year of Prime still costs less.

It might work, too, as convincing yourself to give something a try for a few months at $8.99 a month is easier than mentally justifying dropping $99 for Prime up-front, even though Amazon frequently offers trial periods. (Though maybe they’ll scale those back as the monthly options roll out in May.) Once you’re in on a monthly basis, if you decide you want to keep it year-round, you’re probably more likely to go for the full Prime subscription to save some money, whereas you might never have paid for Prime at all without the monthly options existence, which equals more full Prime customers. That’s likely what Amazon’s banking on, anyway.

(via Polygon, image via screenshot)