Meet the writers, producers, and crew bringing the highly anticipated series to life. 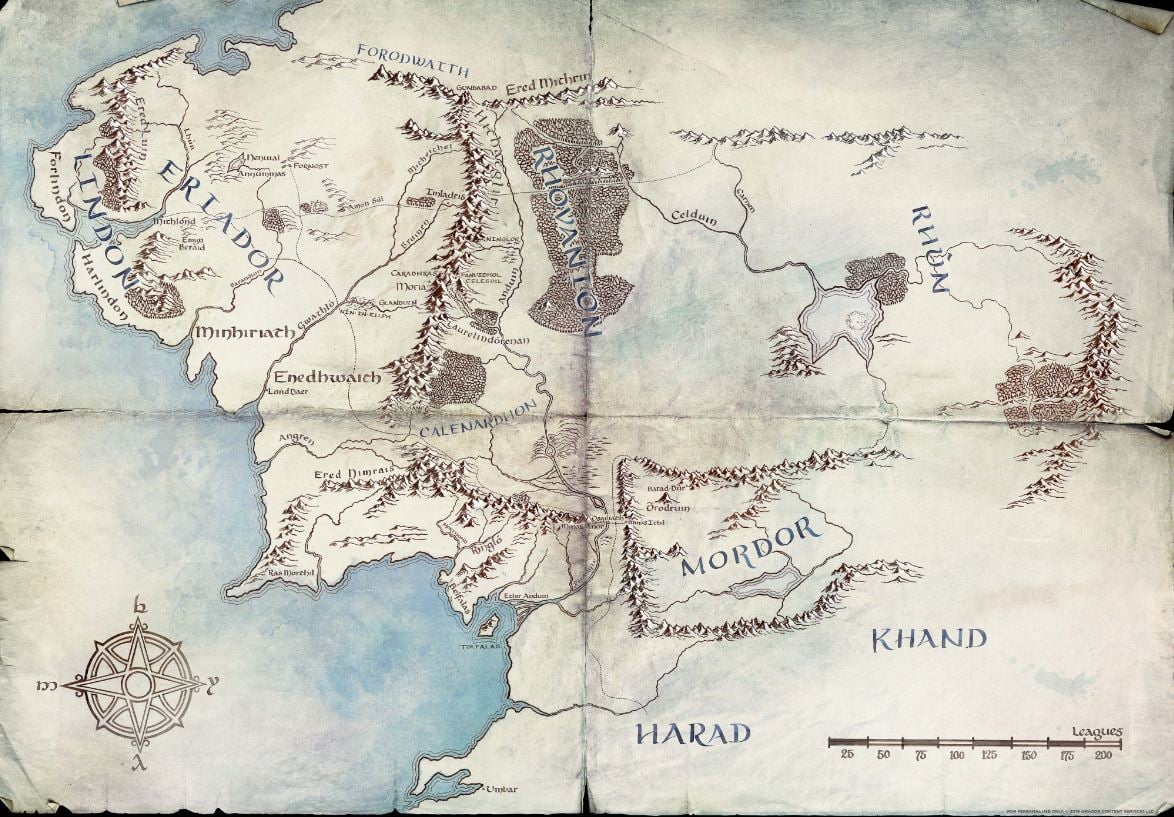 As studios are rushing to fill the epic fantasy void left by Game of Thrones, Amazon is betting heavily on their big budget The Lord of the Rings series. The company has shelled out $250 million for the rights alone, and has spared no expense in stocking the series with some of the most prominent writers, producers, directors, and crew in Hollywood.

While details for the series remain tightly under wraps, the studio has released a new promotional video introducing the fellowship of talent they’ve hired behind the camera.

The series, which will take place during the Second Age, has hired J.D. Payne and Patrick McKay as showrunners. Though the duo do not have many produced credits to their name, they wrote a draft of Star Trek: Beyond and are writing a new Star Trek movie. They’ve also scripted the upcoming Jungle Cruise movie starring Dwayne Johnson, and have been attached to remakes of Flash Gordon, Godzilla Vs. King Kong, Micronauts, The Deadliest Warrior, and more.

J.A. Bayona will direct the first two episodes. Bayona broke out with 2007’s The Orphanage, and has gone on to direct A Monster Calls and Jurassic World: Fallen Kingdom.

J.R.R. Tolkien created one of the most extraordinary and inspiring stories of all time. I can’t wait to take audiences around the world to Middle-earth and have them discover the wonders of the Second Age, with a never before seen story.https://t.co/imSFOSh5MJ

The fellowship also includes several seasoned producers, costume designer Kate Hawley (Suicide Squad) and John Howe, the illustrator and concept artist who worked on Jackson’s LOTR trilogy. While most casual viewers may not know or care about the people who work behind the scenes, it’s refreshing to see Amazon giving this accomplished team their due. After all, television and film are the result of a massive collaborative effort between hundreds of talented people, all of whom deserve to be celebrated.

It’s been 18 years since Peter Jackson’s The Lord of the Rings: The Fellowship of the Ring hit theaters and changed the landscape of genre and fantasy as we know it. The Academy Award winning trilogy not only earned rave reviews but grossed nearly a combined $3 billion worldwide. LOTR fundamentally changed the fantasy genre, elevating it from niche nerd-dom to pop culture phenomenon. Without LOTR, it’s hard to imagine a world that would turn Game of Thrones into a global phenomenon. Or, for that matter, a sprawling cinematic universe like what Marvel has achieved.

While the series will no doubt draw countless comparisons to the original films, it will be interesting to see if Amazon can capture the same magic of Jackson’s trilogy. It’s a tall order, but it looks like the series is heavily investing in talented people to steer the series.

What do you think of Amazon’s upcoming LOTR series? Are you ready for more Tolkien or will you stick with Jackson’s work?