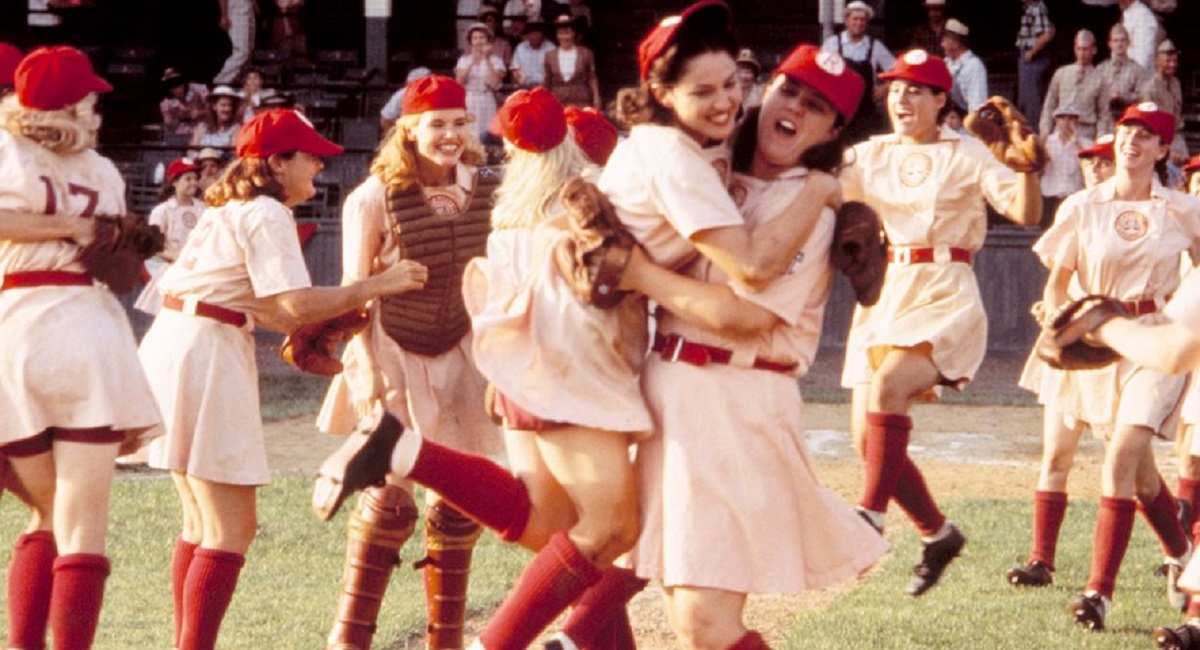 Amazon is developing a new series based on the 1992 film A League of One’s Own. The series will be co-written and co-executive produced by Broad City‘s Abbi Jacobson and Mozart in the Jungle‘s Will Graham.

The original film was based on the real-life All-American Girls Professional Baseball League, which was started when World War II made it difficult for men’s Major League Baseball teams to fill their rosters. The movie was a critical and commercial success that’s still widely beloved, and it’s since been added to the National Film Registry as a “culturally, historically or aesthetically significant” film.

The official logline for the new series teases a “contemporary spin” on the original that would follow the Rockford Peaches baseball team through their inaugural season and explore the changing 1940s United States. “A League of Their Own is a half-hour comedy infusing the warmth, humor and DNA of the classic film,” reads like the logline, “while taking a contemporary spin on the stories of the women surrounding the All-American Girls Professional Baseball League. The show will begin with the formation of the league in 1943 and follows the Rockford Peaches, season to season as they struggle to keep the team alive through close games, injuries, late night bar crawls, sexual awakenings, not crying and road trips across a rapidly changing United States. The series dives deeper into the issues facing the country while following a ragtag team of women figuring themselves out while fighting to realize their dreams of playing professional baseball.”

The new series will not include the sisters Dottie and Kit Hinson from the original, and will instead focus on a new cast of characters. I’m hoping that this reference to a “contemporary spin” means the series will use its longer format to show a more inclusive vision of womanhood than the original. Professional sports attracts women of all identities, including women of color and LGTBQ women, and I’d love to see them included in this series. I also hope that the logline references to a “rapidly changing United States” and “the issues facing the country” means that they’ll take on issues like the segregation of Major League Baseball, the internment of Japanese-Americans, and other problems that affected women of color in this era.

I’m also heartened that Amazon has commissioned another feminist comedy to fill the hole left by the cancellation of Good Girls Revolt. We’ve been hearing for a while now that Amazon Studios wants to change their development model; rather than the critically acclaimed, niche shows they previously produced, they now want to focus on shows with wider, broader appeal—most famously, hunting for “their own Game of Thrones.”

But I hope they aren’t interpreting “wide appeal” in its most retrograde and white-men-only sense. Many of Amazon’s shows, whatever their other problematic elements, showed us stories and people we don’t always get to see on the small screen. I hope they maintain that commitment as they move forward with their new model. After all, as movies like Black Panther and Wonder Woman have shown, inclusive entertainment can also be record-breakingly popular entertainment.

A League of Their OwnAbbi Jacobson