Amazon and Other Online Retailers Ruin Christmas with Late Packages, but There May Be an Upside

Turn that Amazon logo upside down. 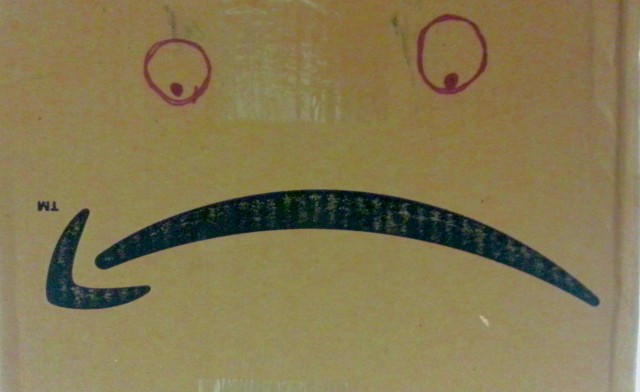 Amazon and other online retailers failed to meet promised Christmas deliveries, which no doubt meant a disappointing holiday for some, but there’s a bright side here. You can now buy late presents for people and blame Amazon! And really, isn’t a scapegoat the greatest Christmas gift of all?

If you’re still waiting on a package that was supposed to arrive before Christmas, you may like to know that more orders than ever missed their promised delivery date thanks to a surge in online shopping. That probably isn’t exactly comforting, but it’s nice to know you’re not alone.

It seems online retailers and delivery services like UPS and FedEx were caught off guard this year. A UPS spokeswoman told The Wall Street journal that the number of packages they had to deliver was “much greater” than what they had forecast going into the holiday shopping season. That’s not surprising considering online shopping the weekend before Christmas was up 37% from last year. It had been predicted to be up just 15% according to Forrester Research.

There’s some dispute as to where the blame really lies. UPS told Amazon customers that it had not received packages in time to deliver them, while Amazon claims their fulfillment centers got everything out for holiday delivery. Of course, it’s unlikely either company will stand up and tell people that ordering something the weekend before Christmas is way too late in the game, and they really should have acted sooner.

Amazon has been refunding shipping costs for late packages, and offering gift cards as a means of apology. That doesn’t seem like something they would do if they weren’t at least a little bit to blame here.

With online shopping ever on the rise because of how much better it is than analog shopping, it seems the infrastructures in place may be approaching capacity. This just makes Amazon’s drone army seem that much more appealing.

(via The Wall Street Journal, image our own)