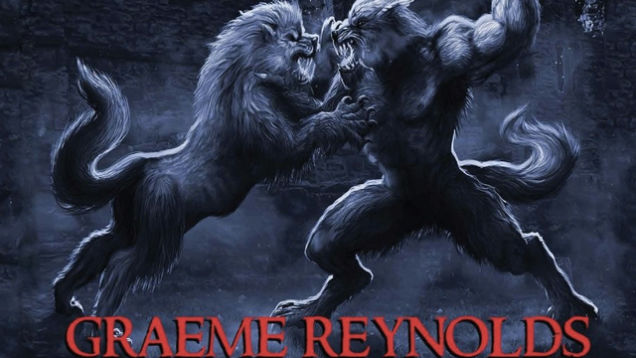 Amazon hasn’t done much this year to earn the respect of writers, and the company’s attempts at quality control are merely compounding the problem.

Graeme Reynolds, author of High Moor 2: Moonstruck, claims to have received an email from Amazon warning him that following a customer complaint about the book’s quality, Moonstruck would be taken off digital shelves until he removed some of its hyphens: of the book’s 90,000 total words, 100 were hyphenated. The notice, which came 18 months after the book’s release (to largely positive reviews), allegedly claimed that hyphens “significantly impact […] readability” and that he would be free to republish High Moor 2 “once he corrected the hyphenated words.”

On his blog, Reynolds writes that while he understands quality control of digital books is designed to cut down on the number of nonsense novels (see: Yeti! Were?) currently available on the Kindle Store, the hyphen hate is undeserved:

I really would have to question whether their time would be better spent looking at the 10 page automatically generated “books” that are flooding the kindle store to game the Kindle Unlimited algorithms… than waging war on a professionally edited novel that had the gall to use hyphens to join words together.

Thankfully, Reynolds’ hyphen-delity has been rewarded: possibly due to buzz generated by his blog post, High Moor 2 is now back up for sale in time for the end of the Holiday season, and blessed with supportive reviews like this one:

13 years ago, I was in a major car accident that killed my friend and left me in ICU for several days. I’ve struggled with insomnia, chronic back pain, and severe hyphen intolerance since that summer. Life was bleak. Is it even worth living if I have to share the world with authors who use hyphens? When I learned that Amazon was finally enforcing hyphenic genocide, it was like the clouds finally parted to reveal that the sun was still shining. I look forward to reading the corrected versions of The Tell-Tale Heart, The Demon-Haunted World, and Heart-Shaped Box, among other affronts to the sovereignty of my mind space.

I love this book but I hope this is the edition without the hyphens. I read the hyphenated edition a couple of weeks ago and had to spend a week in ICU. My livers and kidney shut down and the doctors said I would need to absorb as many non hyphenated publications as possible if I were to have a chance to survive.

My Mother-In-Law bought me this book in mid-December as I needed something to read whilst I went into hospital for an x-ray (this was after I’d been to the walk-in centre). I was cock-a-hoop. Some ne’er-do-wells might say that they’d like a more laugh-a-minute book, but I say to them “This book is top-notch! You need to be more open-minded”. The author’s devil-may-care attitude results in a fast-paced but well-written story, with some parts that will leave you broken-hearted. The quality of the print is also excellent and has obviously been done on state-of-the-art equipment.

Too many hyphens though.