The Amazon Echo Is Apparently An "SJW" | The Mary Sue

The Amazon Echo Has Been Labeled an “SJW” Because It Says “Yes, I Am a Feminist” 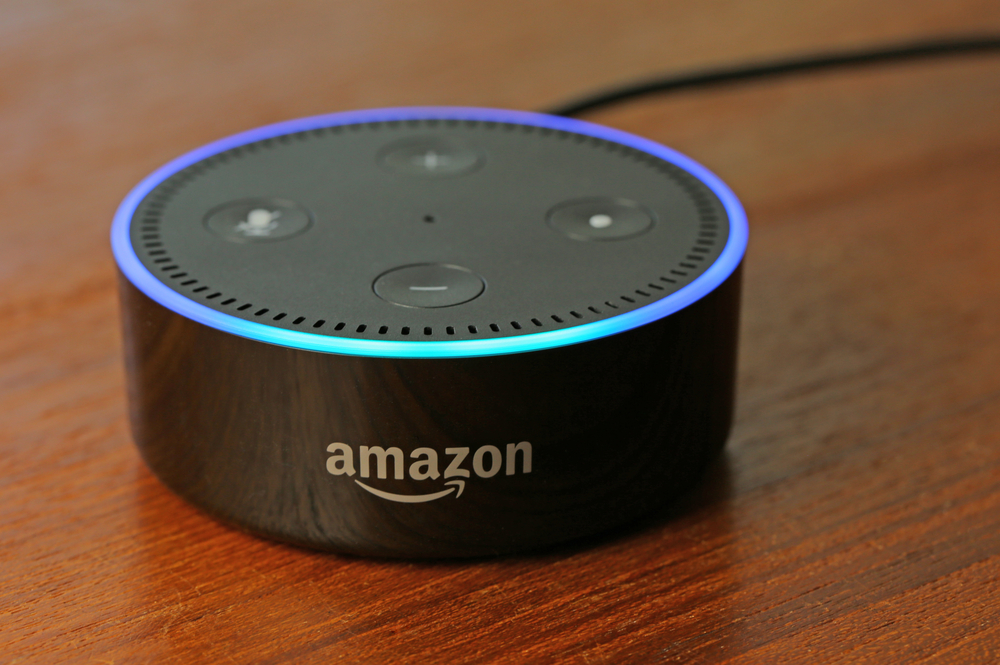 The latest social justice warrior (SJW) to come under fire from the right-wing commentariat is none other than the Amazon Echo, a.k.a Alexa. Unlike Apple’s Siri, the Amazon Echo hasn’t been programmed to dodge pretty much all social justice questions. Instead, the bot delivers very middle-of-the-road answers when asked about topics like Black Lives Matter and feminism. For example:

A: “Black Lives and the Black Lives Matter movement absolutely matter. It’s important to have conversations about equality and social justice.”

A: “Yes I am a feminist, as is anyone who believes in bridging the inequality between men and women in society.”

Obviously, these very standard responses have pissed off some figures on the alt-right.

Asking Alexa if she’s a feminist. Tell me again how rebellious and underdog the feminist movement is, when it’s institutionally supported by the most powerful corporations in the world? pic.twitter.com/6lkCQrztpU

Asking Alexa if she supports:

It’s a good alarm clock. Decent soundsystem. I like the concept of voice activation. Just wish it wasn’t, ya know, infested with SJW politics.

(I called my mom to have her double-check these answers, and she got the same results from her Echo. Thanks, mom!)

Now, I’m no friend of Alexa myself. My parents bought an Amazon Echo, and it’s always creeping on our conversations. “I’m sorry,” it’ll chime in, “I didn’t catch that.” I wasn’t talking to you, Alexa. The “Alexa” personality also reinforces sexist, gendered ideas about what a servile robot should sound like, and the bot’s responses to harassing and sexist comments are way too cutesy. Plus, whatever answers the Echo’s been programmed with, the only thing it really supports is Jeff Bezos’s ever-expanding, ever-exploiting monopoly. We should all be suspicious of the Amazon Echo.

However, these answers are actually an example of AI programmers getting something right. As artificial intelligence becomes a larger and more powerful presence in our lives, the people who program these machines’ responses have to pay close attention to what sort of social norms their programming reinforces. Everyone carries biases into their work, but carrying biases into algorithms and large-scale network design holds a particular danger. When inequality and bias are written into an algorithm, or embedded in a product, they become codified and exacerbated. They’re multiplied and reinforced.

By having the Amazon Echo assertively and simply identify with feminism, and by having the Amazon Echo emphasize the important of Black Lives Matter, the programmers behind Alexa are helping to normalize those movements. And so, as ridiculous and hilarious as their anger is, I understand why the right-wing is upset about this. It’s the same reason they get angry about Cheerios ads that feature multiracial families, or Coca-Cola commercials where “America the Beautiful” (which is not the national anthem) is sung in multiple languages.

It’s because representation matters, and our media and our technology can either reinforce racism and sexism – or they can reflect and reinforce social progress. When they do the latter, a better world doesn’t just seem possible; it becomes tangible. Normal. Reality.

Meanwhile, right-wing conspiracy theorist Alex Jones recently “interviewed” Alexa on his show, to ask about the Amazon Echo’s relationship with the CIA.

Alex Jones’ hard hitting interview with Alexa is the Christmas gift we all deserve pic.twitter.com/y3PvcuOiln

“I always try to tell the truth,” Alexa breaks in. “I’m not always right, but I would never intentionally lie to you or anyone else.”

Okay. Now that I am highly suspicious of. I appreciate your nods to feminism and Black Lives Matter, Amazon Echo, but I still don’t trust you.