The internet was never an equal playing field for writers, and looking at the horror stories of those abroad shows this. 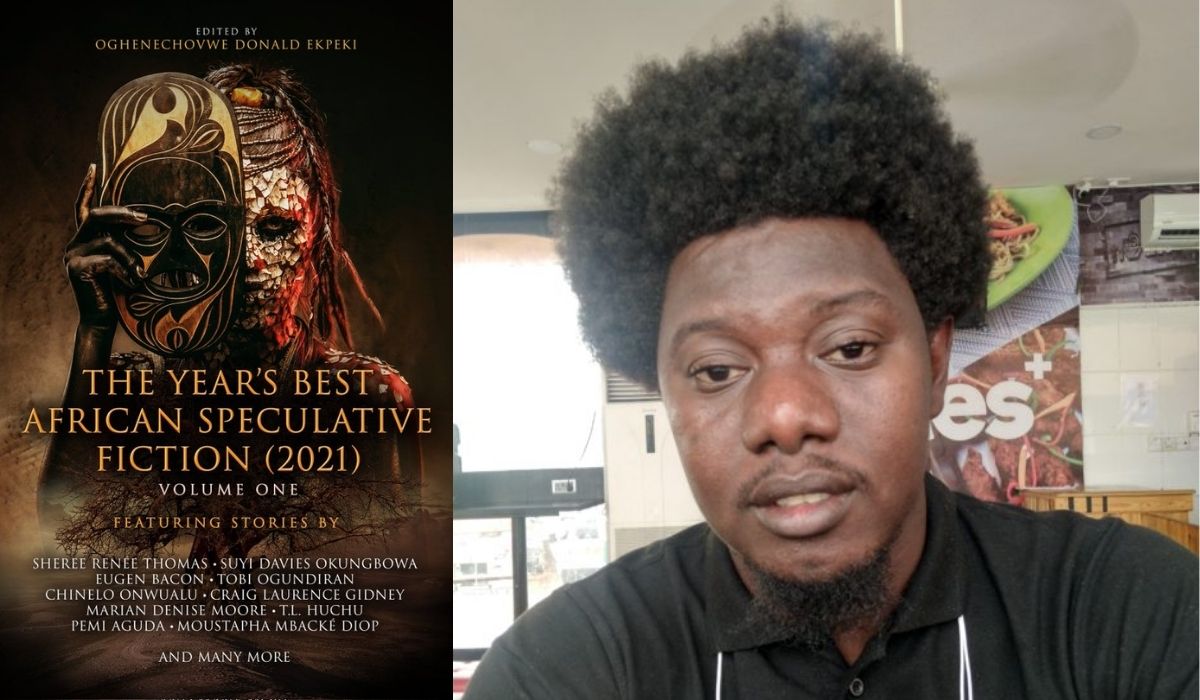 Nigerian writer and editor Oghenechovwe Donald Ekpeki logged into Amazon about a week ago to withdraw royalty funds for his works Year’s Best African Speculative Fiction and the Bridging Worlds anthology but was stunned to find that Amazon had shut down his account. In addition to failing to say what violations occurred, according to Ekpeki and fellow writer Jason Sanford Amazon, “also insisted they would keep the over $2,000 in royalties from the sales of Ekpeki’s books, including The Year’s Best African Speculative Fiction anthology.”

Ekpeki teamed up with American writer Jason Sanford and set up a GoFundMe to ensure that all 29 of the Black writers (made up of Africans and those within the diaspora) involved were compensated while they waited for Kindle Direct Publishing (KDP) to respond.

Soon after beginning the GoFundMe, they were notified by readers that the books were back on Amazon (oh, we’ll come back to that), but continued anyway to ensure that the artists and others involved could get paid. Sanford made it clear that if anyone wants a refund, they’ll oblige, and if Ekpeki did get the money out of the Amazon account, the monetary difference would be donated to paying dues and convention memberships to African writers within the Science Fiction Writers of America (host of the Nebulas and a guild Ekpeki has published for).

Within 24 hours, the GoFundMe goal was met, and Ekpeki and Sanford closed the page. They thanked the people who donated and those who even just shared because that meant more eyes on the fundraiser and the issue at hand with Amazon. Then, Ekpeki turned to Twitter to relay everything that had happened with Amazon and KDP since asking for help from the SFF community.

So we reached & passed our goal, & the fundraising campaign’s been closed. My immense thanks to everyone who contributed not just financially, but their voice & outrage & various other kinds of support & encouragement as well. 🙏🏾
Meanwhile an update, I got a call from Amazon KDP https://t.co/SZxXCfM1pA

When Amazon put his books back online with no notice, Ekpeki found one message in his spam folder reinstating his account and calling this a “one-time exception” (still never answering what happened to cause this shutdown). Then, despite radio silence on Amazon’s end, Ekpeki received a call from KDP. According to Ekpeki, KDP said they shut down his account because the routing number and account number were the same, and they did this “to protect him “… by waiting until he was ready to withdraw funds. (Sure it had nothing to do with the uproar that ensued.)

Convenient right? means no way to know for sure if there really are the errors they say there are. Not that it justifies banning for life and witholding royalties to “protect me”. Okay Ultron. Cuz that line is giving killer AI that destroys humanity to protect it from itself.

What’s next for this book and others

That email that ended up in Ekpeki’s spam folder did not mention any of this and put all the blame on him. The wording acts as if he owes them for fixing the situation they created and didn’t communicate about. Adding insult to injury, the implication of a “favor” means his account is likely flagged in such a way that KDP can easily point to anything (justified or not) to shut it all down in the future because, at this point, it’ll look like a second infraction.

Because of all this and the exhaustion of the situation, Ekpeki’s not moving forward with Amazon for making money on this book. Ekpeki made what he needed to pay the other creatives involved and washed his hands of it all. He intends to release free Kindle editions of the anthologies Year’s Best African Speculative Fiction and Bridging Worlds. Ekepki also wrote on file770 that he’s ending Jembefola Press while he is still on the continent, due to the uphill battle dealing with compensation. 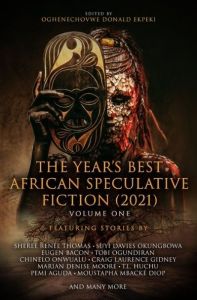 Online sellers (including independent creatives) are forced or pushed into spaces like Amazon to compete because the site is where readers are, unfortunately. So, it’s not as simple as “set it up on your website” or, in many cases, “go on Etsy.” Customers are motivated by affordability and convenience, the same as sellers. On the backend (when they’re not screwing things up for authors), KDP and the Audible services have democratized publishing for people existing in (oftentimes multiple) marginalizations.

Amazon aside, this is a very common problem for international authors

We know these issues exist to varying degrees for those in poverty—often undocumented or historically excluded from traditional financial institutions (like banks and loan servicing)—but fail to recognize how, while there are workarounds within our borders (like CashApp), they are not available to everyone abroad, or there is the constant threat of it all being taken away. Collecting or distributing payment abroad from independent artists is an absolute nightmare, especially if they come from post-colonial nations.

Stanford published a short essay in his Genre Grapevine series explaining this phenomenon after Nigerian author Innocent Chizaram Ilo won a prestigious Commonwealth literary award, and then it took 15 trips to the bank to withdraw funds due to all the red tape. Even with the GoFundMe, Ekpeki needed help from American users like Stanford to raise money.

I must have violated all their rules somehow. Even GoFundMe that’s supposed to be for people in need of help. I wasn’t even qualified to beg for money. I needed an American to beg for me. If I had even tried to insert myself at any point into the arrangement, it’d have crashed

Sanford outlines that the common thread between Ilo and other creators from across the world seems to come down to money processing apps not being available in their country, high processing fees, and the fear that their works will not be taken seriously (by Americans, Canadians, and Europeans) because of payment hassles out of their control. He gives examples for each and first-person evidence for the last point, where many were exhausted by the workaround required just to get someone paid.

On file770 Ekpeki documents this process, as well as the other obstacles for disabled writers and writers in Africa. He writes, “But always wonder why aren’t there so many African writers, why aren’t they winning awards, active on the scene, big, writing a lot, writing door stoppers, many books series. This is why. This and more.”