Things We Saw Today: Amanda Seyfried Was Almost Gamora in Guardians of the Galaxy 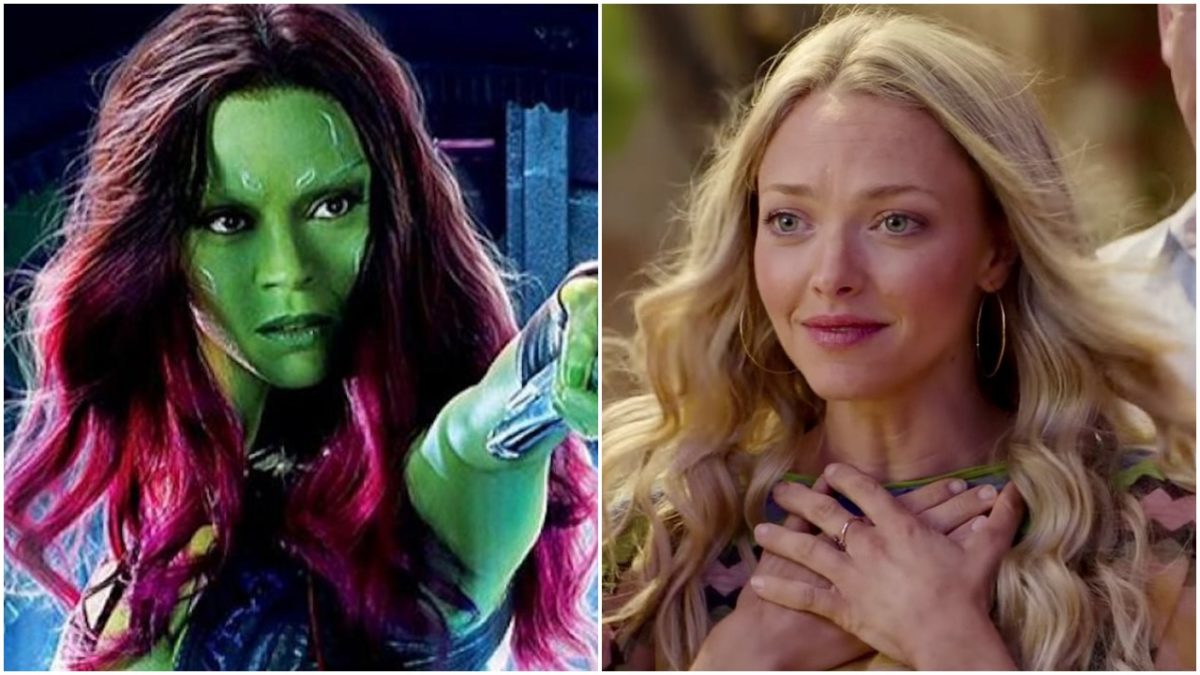 It’s hard to imagine anyone but Zoe Saldana as badass intergalactic assassin Gamora. The actress truly embodies the role of the Guardians of the Galaxy warrior, quickly making herself a fan favorite in the MCU. But apparently before she signed onto the role, producers were courting Mamma Mia! star Amanda Seyfried.

In a recent interview, Seyfried said “I turned down one [superhero role] once and they haven’t called back since. And it was a big’un. I don’t regret it because I didn’t want to be green for six months out of every year. They tell beautiful stories through superheroes, and my daughter’s now really obsessed with superheroes now, and part of me wishes I’d done it, but the other part of me is like ‘I had a life to live’ and I don’t think I would’ve been happy.”

While Seyfried doesn’t explicitly say she was up for Gamora’s role, the green comment is a dead giveaway. And while Seyfried is a good actress (her role in Mean Girls is iconic), she just doesn’t seem like the right fit for Gamora. Although if they ever do an Avengers musical, she’d kill it.

The MCU does many things well (action sequences, humor, interconnected storylines) but one area where they really excel is casting. From the moment they took a gamble on Robert Downey Jr. as Tony Stark, Marvel has found exactly the right actors for all of their Avengers. By now we all know about the famous Marvel almosts, like John Krasinski almost being cast as Captain America or Emily Blunt almost portraying Black Widow. But it’s always interesting to wonder what might have been.

A small token for #TheBoysTV fans. World's first pic of #Season2. As you can see, we're up to our old tricks. If you haven't seen, JOIN US. Streaming now on @PrimeVideo @TheBoysTV #TheBoys #SPN #SPNFamily #Timeless pic.twitter.com/3z29mVBfNl