Alyssa Milano’s Proposed #SexStrike Is a Bad Idea, and Here’s Why

There are several great ways to protest Georgia's regressive new abortion laws. This ain't it. 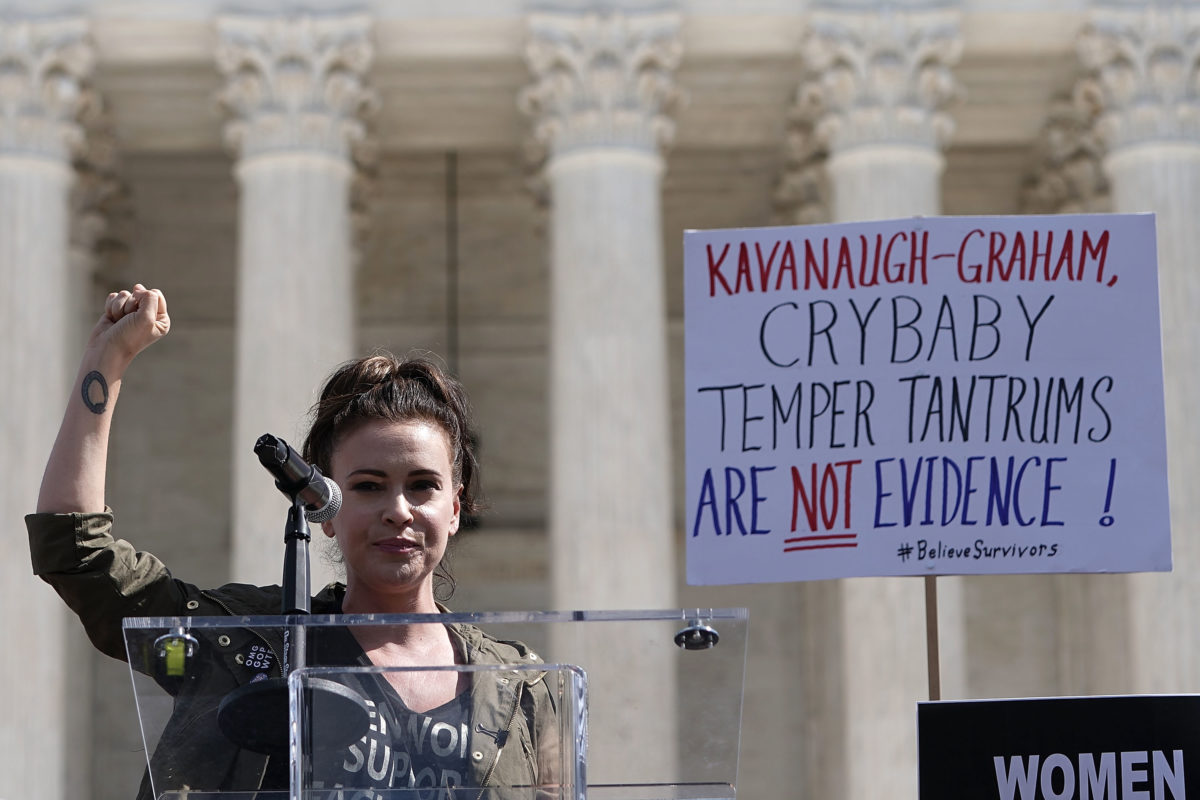 In the wake of Georgia passing one of the most oppressive and extreme abortion bills in the country, activists are speaking out. The “heartbeat” bill, HB481, criminalizes abortions after six weeks, when most women don’t even realize they are pregnant. According to Dr. Lena Wen, the President of Planned Parenthood, “it criminalizes doctors who provide lifesaving care, and it even allows the state to investigate women for having miscarriages.”

The Gilead-adjacent bill has also faced outcry from the film industry, with celebrities condemning the law and several filmmakers planning to boycott productions in the state. With the state earning an estimate $2.7 billion each year from the industry, a massive boycott could potentially influence lawmakers. Money talks, after all.

One of the celebrities speaking out against the bill is actress Alyssa Milano. The former Charmed star has grown more politically active in the past few years, between championing women’s rights, protesting Brett Kavnaugh, and helping to popularize Tarana Burke’s Me Too movement. Milano may not get it right all the time (her rhetoric displays some classic white feminism traits), but she seems to have honest intentions. Most people in her position would be chilling on an island while collecting those Charmed residuals, so good for her for being politically active.

But her most recent proposal is, shall we say, not so good. Milano called for a sex strike on social media with the following tweet:

Our reproductive rights are being erased.

Until women have legal control over our own bodies we just cannot risk pregnancy.

JOIN ME by not having sex until we get bodily autonomy back.

Now Milano did not invent the concept of a sex strike. That dates back to Lysistrata, an ancient Greek comedy by Aristophanes, that follows a community of women who boycott sex with men to end the Peloponnesian War. The story has been retold countless times ever since, in theater and film.

But it’s 2019, and the idea of a sex strike feeds into regressive ideas about sex and sexuality that simply do not fly today. First, it presumes that a woman’s only value is in her sexuality, which is insulting. Secondly, it is wholly unrealistic and ineffective to expect women to hold up their sexual freedom and desire in an attempt to sway men.

But most importantly, the women who would participate in said sex strike are likely not sleeping with the men devising cruel abortion laws. Those men are married to/sleeping with anti-choice women who clearly share their opinions and beliefs. The idea that any of these Serena Joys are suddenly going to start giving a crap about reproductive justice is a pipe dream. They are just as culpable as the men.

Of the six state reps who sponsored HB481, three of them were women, Jodi Lott, Ginny Ehrhart, and Darlene Taylor. The bill was also sponsored in the state by another woman, Renee Unterman. To the surpise of no one, all these women are white.

Many feminist activists took to social media to call out the ill-advised strike:

Please stop feeding the narrative that women are providers and men are consumers of sex. Bribing men for equal rights with access to our bodies is not how feminism works.

The idea of a #SexStrike – where sex is something men seek and women withhold – is the same regressive model of sexuality that Republican men use to legislate! No thanks.

Also a big part of the reason GOP men want to ban abortion is because they hate the idea of women having non-married, non-procreative sex! If anything we should be doing more fucking!

I'll stop soon, I promise. This just set me off

Alyssa Milano is back being ridiculous again I see.

What is a sex strike going to do besides reinforce patriarchal notions that women have sex only to please men?

Lysistrata is not an effective organizing tool. Instead, fuck whomever and support abortion funds. #SexStrike

Calling for a #SexStrike to protest for reproductive rights is ludicrous when the reason we’re facing a draconian attack on abortion is because of conservatives trying to control female bodies & sexuality. This reinforces women as gatekeepers to sex! It’s the opposite of helpful! pic.twitter.com/9S3FSDe9LN

What do you think of Alyssa Milano’s sex strike?