Put Alpine the Cat in Falcon and the Winter Soldier, You Cowards! 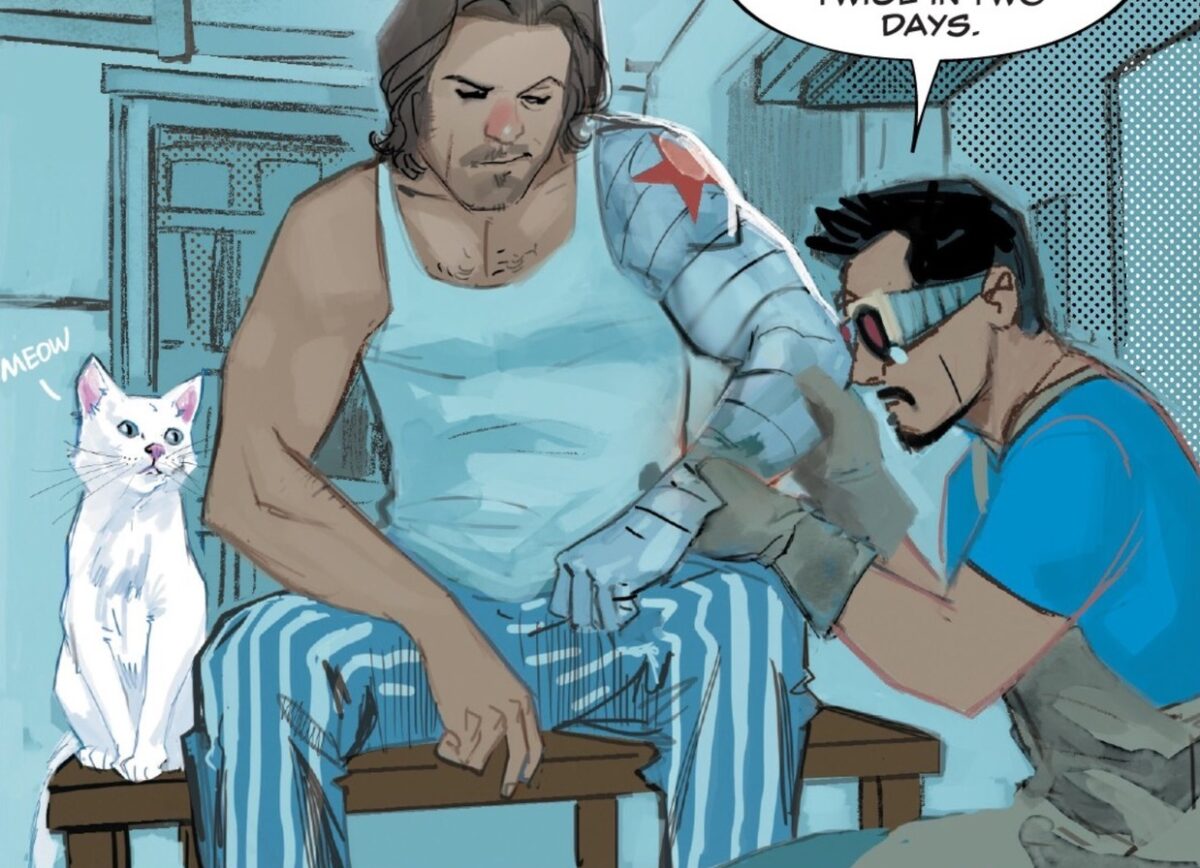 Bucky Barnes has a white cat in the comics named Alpine, and I want Alpine representation in the Marvel Cinematic Universe. Alpine deserves a comic all their own. They deserve love and happiness and toys and pets. I have nothing but love and respect for Alpine the cat.

The fluffy white cat made an appearance in the Kyle Higgins’ Winter Soldier run that easily became one of my favorites. I would love for Falcon and the Winter Soldier to pull storylines from that run for Bucky Barnes, but while I don’t have my hopes up for that, I do hope that they bring Bucky’s furry friend into the fold.

Alpine doesn’t do much—just a white cat that is Bucky’s friend. And maybe that’s why I want the inclusion of Alpine so badly: Bucky Barnes needs a friend. He’s had Steve Rogers but he left to go be with Peggy Carter, and while Sam Wilson and Bucky tolerated each other because of Steve, they’re not exactly friends. And we know that because it seems as if they’re in couples counseling in the trailer for Falcon and the Winter Soldier.

So giving Bucky someone he can talk to just makes sense. Alpine is a great listener and we already know that cats in the MCU fair better than dogs. (Rest In Peace, Sparky.) Plus like … I have never seen a comic cat who is prettier than Alpine. White with bright blue eyes and just chilling next to a badass super soldier? Alpine might be able to take out Goose if it came down to it. But, that being said, I hope that Alpine and Goose would team together to be friends and get Sam and Bucky to stop fighting.

Or is this just because I think it’d be funny to watch Sebastian Stan have a white fluffy cat follow him around? Absolutely. There is nothing else I want in this world. But also Alpine rules and is a fun addition to the character of Bucky Barnes, so why not add more pets to the MCU? We already have Lucky The Pizza Dog coming our way with Hawkeye, so why can’t Alpine show up and meow his way through Sam Wilson taking over as Captain America?

And look, Falcon and the Winter Soldier seems intense—not that I’m complaining. I love these characters and I am extremely excited for it, but adding Alpine into the mix might just give us that little bit of happy edge we need, or at least the sort of happiness that Bucky Barnes needs because that boy is sad and needs a cuddle and Alpine is there to listen.

cast winter the cat as alpine in tfatws or ELSE pic.twitter.com/xQ8Rm82Hj4

Anyway, this is an Alpine the Cat stan account.