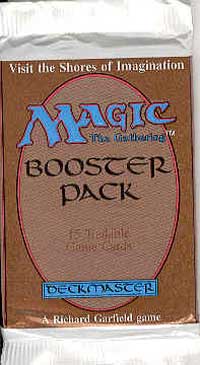 A Magic: the Gathering card is like a fine wine. It gets way more expensive with age.

What could possibly justify this insane cost? Oh, just a little something called the Power Nine: Black Lotus, Mox Pearl, Mox Sapphire, Mox Jet, Mox Ruby, Mox Emerald, Ancestral Recall, Time Walk, and Timetwister. This means that there is actually the uncanny possibility that, if you were very lucky, you could even profit on this 26,000 dollar investment. But don’t take my word on that. You probably won’t. Still, the chance and finding the cards of lore mixed with the general nostalgia factor of playing with the original Magic cards is a tantalizing prospect. It probably just doesn’t merit selling your car to do so.

If you think that’s insane (which it sort of is), then you’ll love this. The only thing that sells for more than a really good, really old magic card is the original art behind that really good, really old magic card. Art is always expensive, and sure, Picassos are going for way more than this. But 200 grand is a lot for something that, if you’re someone who would ever buy this, you already have quite a few smaller, manufactured copies of. Probably in a safe. In a vault. In a bigger vault. Inside a mechanism (the planet is the mechanism!).

I’m gonna stick to playing Magic on a budget, mainly because I have no choice. But if you want to play Magic the way it was meant to be played (with overpowered cards, which I guess is technically the way it was not meant to be played) buy this box and organize a draft with your friends. Just make sure they agree to give you all the cards back at the end, or your pals could walk off with thousands in your hard-earned Magic currency.