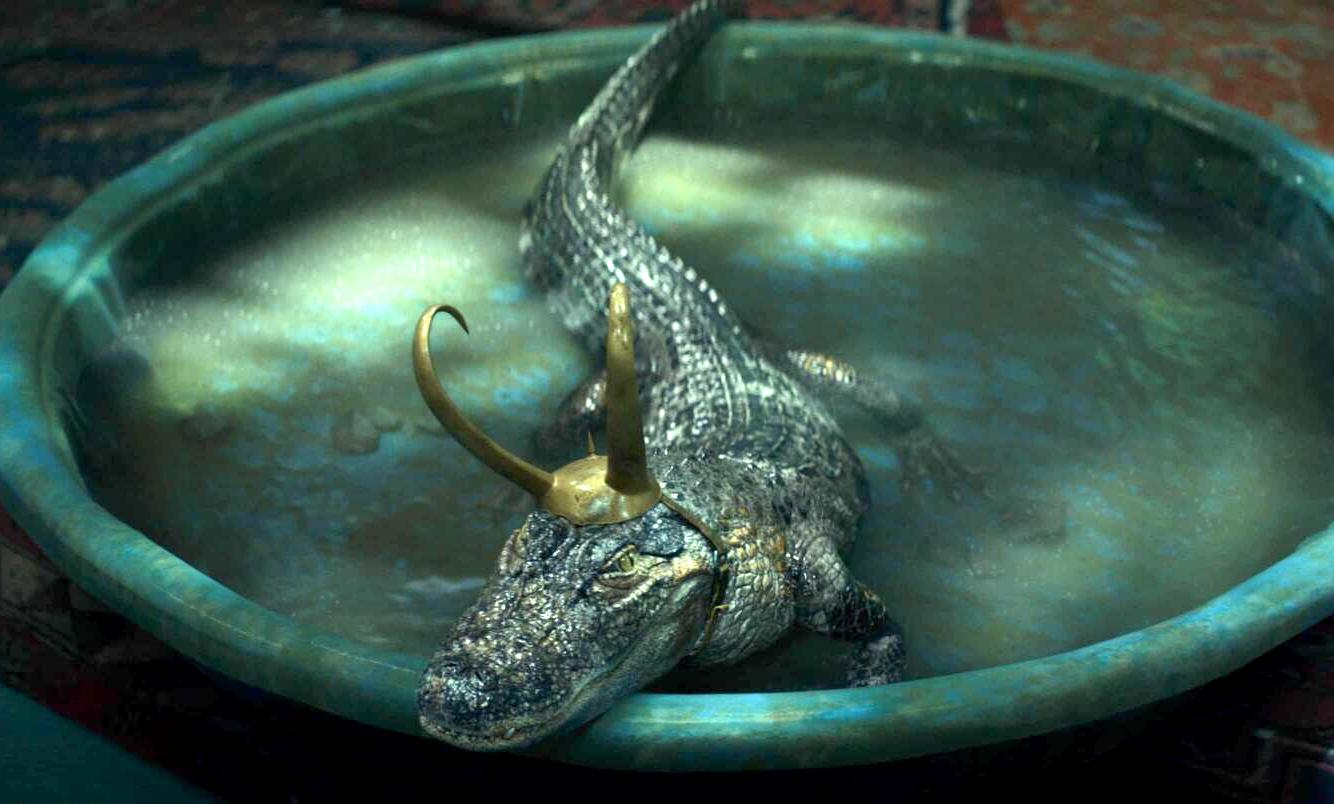 Marvel and Disney+’s Loki has decided to give us a whole lot of Lokis to try to unpack—no really, just a constant flow of new Loki characters to look at and figure out, and it is delightful.

In a world filled with multiple variants of Loki, the alligator may be my favorite. During episode 5, “Journey Into Mystery,” we got a closer look at the little alligator that Loki met right after being pruned by Renslayer, and I love him very much.

**Spoilers for Loki episode 5 “Journey Into Mystery” lie within. Proceed with caution.**

The last we saw of Loki, he woke up with some other Lokis staring at him. One of those Lokis just happened to be a little alligator with Loki’s helmet on ,and everything about him is adorable, even down to his method of attack.

As soon as Loki wakes up, he’s instructed to move quickly because they’re trying to outrun Alioth, a smoke dragon thing. All the Lokis start the journey to their little Loki clubhouse until our Loki finally stops them and asks what’s going on. He gets a crash course in their stories, and finally, we get to meet my good boy! To which Loki reacts like this:

Alligator Loki is … well … an alligator. He has a little crown, he growls, and he lives in a pool. Don’t worry, Richard E. Grant’s Classic Loki translates for him. But my favorite aspect of Alligator Loki might be his strategy for taking down an enemy—well, sometimes a supposed friend. He likes to go for the hand. Maybe that’s because he’s a tiny little boy, but whenever he is trying to win a battle, he’ll jump up and chomp down.

Which does come in handy (heh) for our Loki and the rest of the variants he can trust. When President Loki comes in and tries to take over, after Boastful Loki betrays the Loki clubhouse by bringing President Loki and his Loki army there, (honestly, the amount of times I’ve had to write Loki is getting confusing), right when the betrayals just keep piling up and our Loki is exhausted by the other Lokis’ antics, my sweet Alligator Loki does his attack move and bites the hand of President Loki clear off. So proud of him.

He just runs alongside everyone, growls, and it gets translated to him praying for their safety, or swims in his little pool the entire time, and I don’t know if I want to bow down to Alligator Loki or keep him as my pet. Either way, he’s great, and now that he ran off with Kid Loki at the end of the episode, we can maybe see him again, right? Especially if they do a Young Avengers series and Kid Loki is there?