An All-Girls Lord of the Flies Makes Sense … But Does It Have to Be Written and Directed by Men? 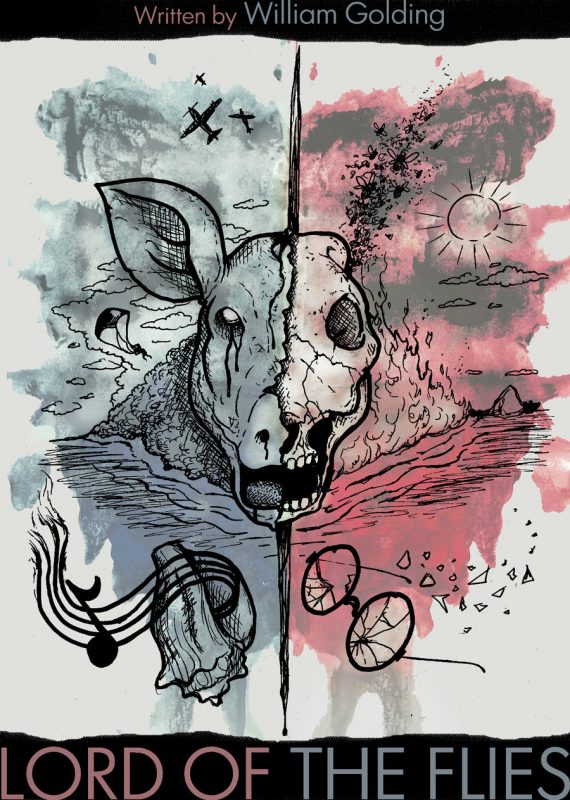 I was a huge fan of the William Golding YA classic Lord of the Flies when I was a kid. Though it was about boys, I could easily see how girls wouldn’t fare much better in that island situation. Yet, both the execution of, and the backlash to an upcoming film adaptation of the classic novel has me a bit befuddled.

First, let’s start with the execution. According to Deadline Hollywood, the new adaptation of Lord of the Flies is the brainchild of writer-directors Scott McGehee & David Siegel, who’ve entered into a deal at Warner Bros. to begin work on their script. They plan on being true to the book with one twist: the previously all-male story will now be written for an all-female cast.

Says Siegel, “We want to do a very faithful but contemporized adaptation of the book, but our idea was to do it with all girls rather than boys. It is a timeless story that is especially relevant today, with the interpersonal conflicts and bullying, and the idea of children forming a society and replicating the behavior they saw in grownups before they were marooned.”

McGehee calls the story “aggressively suspenseful,” saying that they’re “taking the opportunity to tell it in a way it hasn’t been told before, with girls rather than boys, is that it shifts things in a way that might help people see the story anew. It breaks away from some of the conventions, the ways we think of boys and aggression. People still talk about the movie and the book from the standpoint of pure storytelling. It is a great adventure story, real entertainment, but it has a lot of meaning embedded in it as well. We’ve gotten to think about this awhile as the rights were worked out, and we’re super eager to put pen to paper.”

My first instinct was to be really excited about an all-girls adaptation. As I mentioned above, when I read the book in junior high, I very much related to the harshness of these young people dealing with each other. Have you ever been in a girls’ locker room after gym class? Things can get brutal in there, and if you take that dynamic and put it on an island where those girls have to start a civilization? Whoo boy.

The one problem I have with this adaptation is that it’s not only being written by, but being directed by two men.

I get it, they brought this take on the adaptation to Warner Bros., and Warner Bros. (very wisely, in my opinion) recognized that films with female protagonists can do well. Not only is the take on the story an interesting one, but from a purely business perspective, female-led films do business. All of that’s great.

However, to tell this story completely without any female involvement or input in the development stage is a huge mistake. While the story could most certainly happen to an all-girl cast of characters, it would happen very differently, because girls are conditioned by society differently. Why couldn’t McGehee and Siegel write the script, but work with a female director, or alternately hire a female writer or two to write the script that they would then direct?

Why do they have to do all the jobs? Especially since they’re clearly “into inclusion” enough on a story level to want to make this an all-girl film … but I guess that doesn’t translate to getting more women involved in what they do?

An all women remake of Lord of the Flies makes no sense because… the plot of that book wouldn’t happen with all women.

The Guardian has a round-up of responses to the adaptation, including the tweet above from self-proclaimed “bad feminist,” Roxane Gay. Now, I love Gay to pieces, but I don’t understand what she means here. “Wouldn’t happen with all women?” First of all, we’re not talking about women, we’re talking about girls. Immature children who are modeling what they know and have been taught about adulthood. And this could absolutely happen with all girls. In a different way, sure. But it could happen.

Someone in that thread brought up Diana and the Amazons of Themiscyra as an example of how women would run an island, and to me that’s missing the point. Not to mention the fact that people seem to have the misguided assumption that if women were running everything that it would automatically, by sheer virtue of femaleness (as opposed to having a gender-balanced society that would be stronger because of that balance) be better-run and more peaceful.

Everyone seems to want to frame Lord of the Flies as being “about” toxic masculinity, when it’s not about that at all. That’s how we’re interpreting it with a modern lens.

The truth is, Lord of the Flies is about the universal conflict between the good of the group and individuals’ desire for power. It explores how people need things like rules and structure to be able to function, but how that always knocks up against the desire for personal freedom. This novel having been written in 1954, in the UK, and being set during a WWII evacuation, it’s very much influenced by the fight against Hitler’s totalitarian regime.

There’s definitely sexism underlying this, as it likely didn’t occur to Golding to explore these themes with girls on the island as well. Or, perhaps he didn’t want to go there. This was Golding’s first novel. Perhaps he made all the survivors of the plane crash male so he wouldn’t have to get into what would happen to girls in that scenario, especially in a gender-mixed group. Maybe he couldn’t fathom telling a story with all girls, but then also couldn’t bring himself to face the implications of the harsh truth about how much harder things generally tend to be on women in times of upheaval and war, so he just didn’t touch it.

So, the book features all boys, but that doesn’t make it about toxic masculinity. The feelings, impulses, and themes explored in the book aren’t limited to men and boys. It’s just that girls were erased from this particular story. Which isn’t better, mind you, but that doesn’t mean that a special point was being made about masculinity. It’s just that masculinity has historically been the default no matter what story you’re telling. Unless you’re writing a “book for girls,” apparently.

An all-female Lord of the Flies is in the works? Soooo…they’re basically re-making Heathers? pic.twitter.com/BdmIoLN0nB

Indeed. People don’t need to be on an island to show these dynamics at play. Heathers is a great example about conformity vs. individuality, and depicting how harsh and violent girls can be toward one another. Mean Girls is another example. For mixed-gender examples, one need look no further than The Hunger Games or Battle Royale to see what happens when young people are taken out of civilization and have to do unspeakable things to survive.

Lord of the Flies with girls is a hugely interesting premise. I just wish that Siegel and McGehee were more interested in serving the story rather than serving their own ambitions. And how could this story with an all-girl cast not be better served without a female writer or director at the helm?