All About Arrow: “A Matter of Trust” 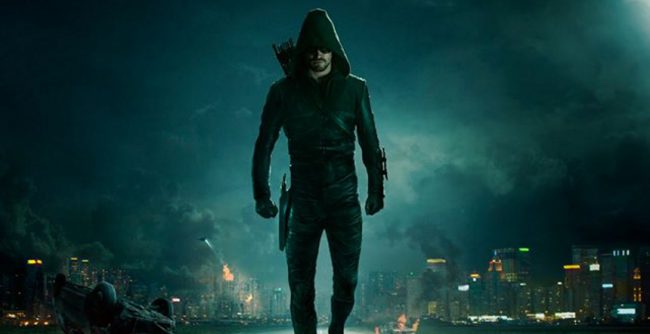 Sure, there was a U.S. presidential debate last night… but there was also a brand new episode of Arrow. Did you tune in for that? Great! Join our spoilerific thread below.

Last night’s Arrow brought forth the debut of Derek Sampson, a drug pusher-turned-metahuman played by pro wrestler Cody Rhodes. He turned out to be a fun one-off villain who offered some opportunities for WWE references.

The whole Team Arrow dynamic started to fall into place this episode, since Arrow had to trust his backup in order to learn what it takes to beat Derek Sampson–whose new metahuman powers precluded him from feeling any pain.

Meanwhile, Diggle’s narrative in this episode had to do with navigating his trauma over the events of season 4, plus the whole imprisonment thing (next ep: prison break storyline, perhaps?). There was also a reveal that Diggle’s been hallucinating Deadshot, rather than actually seeing him.

The other side-plot of the episode was Thea dealing with a bad PR experience, thanks to reporter Susan Williams screwing her over.

The theme this week was “trust,” as the title indicates, so every aspect of the episode had to do with navigating how difficult it can be to know who to trust. As for whether this episode successfully navigated that message… well, you let us know what you thought!

All About ArrowArrowArrow in Conversation