I Finally Watched Alien and It Blew Me Away—Also, Everyone Should Have Just Listened to Ripley 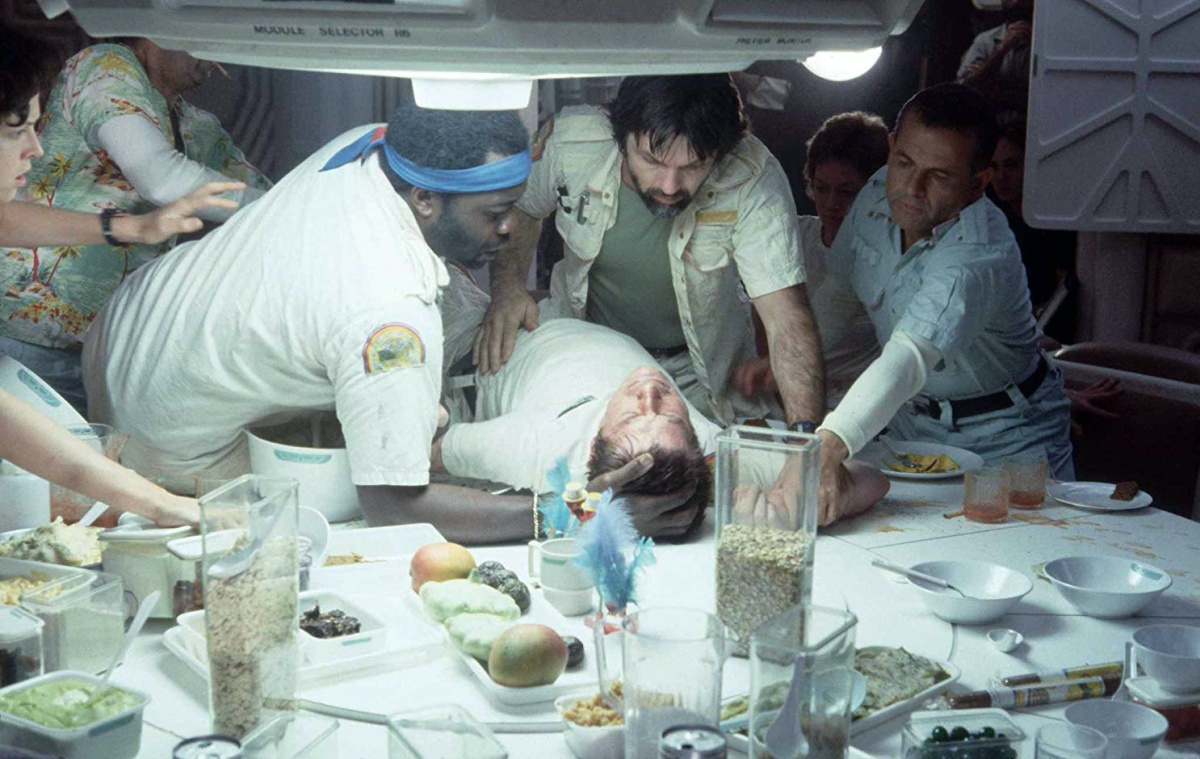 This year was the 40-year anniversary of the 1979 movie Alien, starring Sigourney Weaver as Ellen Ripley, one of the iconic heroes of science-fiction. Being the fake-film-geek-girl I am, it was a movie I hadn’t seen until just recently, despite having watched the Alien vs. Predator movies and being familiar with the story through its place in the cultural zeitgeist. Going into the movie, I knew three things: Ripley is the sole survivor, the chest buster scene would happen, and of course, what the final Xenomorph would look like. I didn’t know anything.

**Spoilers for Alien in case anyone is late like me.**

We begin with the crew of the commercial space ship Nostromo being awakened from their stasis during a return trip to Earth. Our crew of redshirts is made up of Captain Dallas, Executive Officer Kane, Warrant Officer Ripley (the hero we don’t deserve), Navigator Lambert, Science Officer Ash, and two engineers, Parker and Brett (the true heroes of this story). After begin awoken, they realize that they are not actually in their own star system. That’s because the ship’s computer, Mother, had awoken them early because of a distress signal that they are required to investigate. Otherwise, they would have to forfeit their money.

They land on the moon LV-426 and end up taking damage from the atmosphere and rocky terrain. Parker and Brett repair the ship while Dallas, Kane, and Lambert head out to investigate the signal as Ash looks on from the ship. As they journey, Ripley deciphers part of the transmission and figures out that it isn’t a distress call; it’s a warning.

From this point on, shit gets crazy. The three outside crew members explore an alien ship, and Kane ends up finding a bunch of eggs. While he’s leaning over one, it opens, and a facehugger breaks through his helmet and attaches itself to his face. When the crew tries to bring Kane back aboard the Nostromo, Ripley, who is technically in command, says they can’t let them in because of the need for a 24-hour quarantine. If only they had listened. Ash overrules Ripley and lets them in, and because of that, the majority of the crew is doomed to death. The facehugger implants an alien baby inside of Kane, and it explodes from his chest during dinner (rude), and the rest is man vs. monster in its purest form.

Watching the film, it struck me that the only people with any sense at all are Parker (Yaphet Kotto), Lambert (Veronica Cartwright) and Ripley. All three of them are uncomfortable with the situation. Parker (along with Brett) is already frustrated they are underpaid for their work and isn’t interested in sticking their necks out any more. Also, in the book, he agrees with Ripley about the quarantine. Lambert spends most of the trip outside saying that they should term back. She is instantly unnerved, but Dallas and Kane go forward. Not only is Ripley the one who decodes the message and tries to save everyone else, but she is the only one who is suspicious of Ash and paying attention.

When Ripley finally takes over following the death of Dallas, and finds out that Ash has been working with the company to return the alien to Earth; the crew is expendable. That’s when we find out that Ash is a robot, and I did not know that and I screamed. That was such a twist, and I had no idea that robots were a normal thing in the Alien franchise. It was so good, and his final line: “I can’t lie to you about your chances, but … you have my sympathies”? What a dick.

It makes sense that the three of them are the last ones to survive (before it becomes one), because they were the ones most going against the company line. Even Parker, who might have seemed crude at the beginning, dies because he’s trying to save Lambert, rather than just taking the shot when he the chance.

I’m not going to bring up Jones, because that cat would have survived them all without any help because he was by far the most capable.

There is something beautifully simplistic about Alien—the practical effects, the design of the alien, and how the tension just keeps ramping up. We spend so little time with the alien onscreen, but we do feel the terror because of its ability to just maneuver easily in the vents, not to mention the inky blackness of it blends into the darkness so that you can’t tell it’s there until it’s too late.

Alien and the character of Ellen Ripley helped change science fiction for the better, and I’m so glad that I finally get the hype. All the twists work out perfectly, and I can tell that watching it again, knowing all the secrets, will only make it more interesting.

When did you first see Alien? Which movie in the franchise is your favorite?