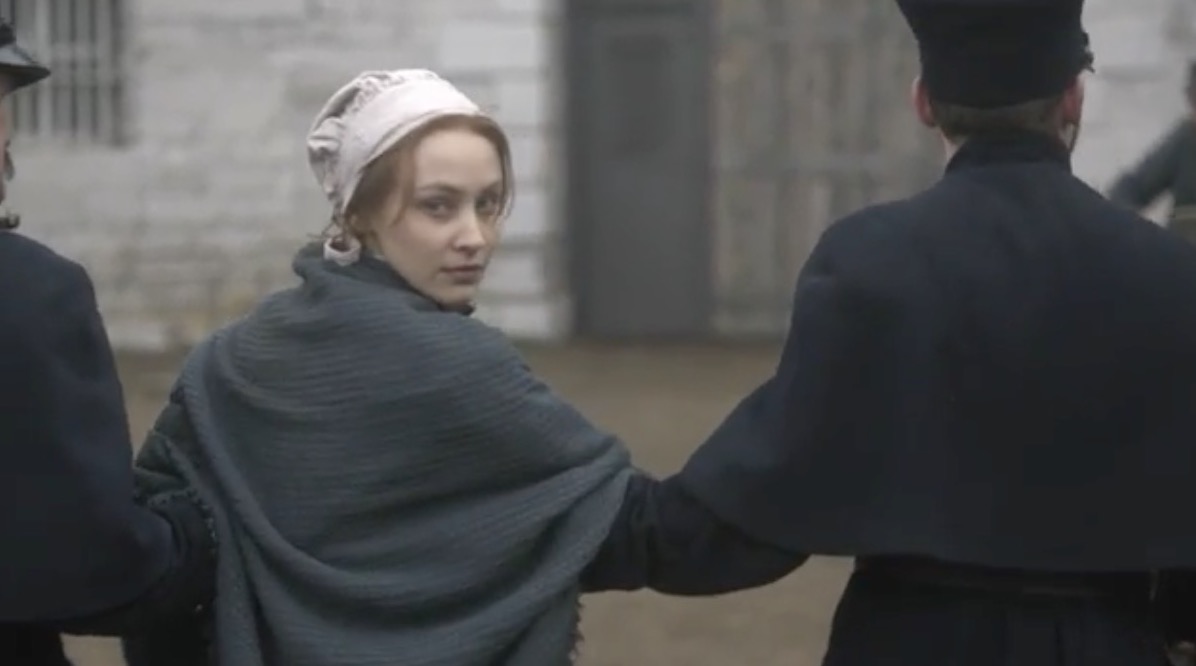 The first trailer for Alias Grace is here (here, actually), and it looks absolutely riveting. The adaptation of Margaret Atwood’s novel is based on murders that took place in 1843 in Upper Canada. In the trailer, we hear from Grace Marks played by Sarah Gadon, one of the servants convicted of the murder of Thomas Kinnear (Paul Gross) and his wife (Anna Paquin).

As Marks, Gadon says in the trailer, “I think of all the things that have been written about me. That I’m an inhuman female demon. That I am an innocent victim of a blaggard forced against my will and in danger of my own life. That I am cunning and devious. How can I be all these things at once?” She continues in a quote lifted from the book, “Murderess is a strong word to have attached to you. Murder is merely brutal. I’d rather be a murderess than a murderer, if those are the only choices.”

With this trailer, the female convict begins to take control over her own narrative, and I’m excited to see how this 19th century murder saga unfolds. The cinematography looks amazing, and it’s sure to be an emotional watch.

Alias Grace premieres on Netflix in the fall and CBC September 25th. Are you going to check it out?