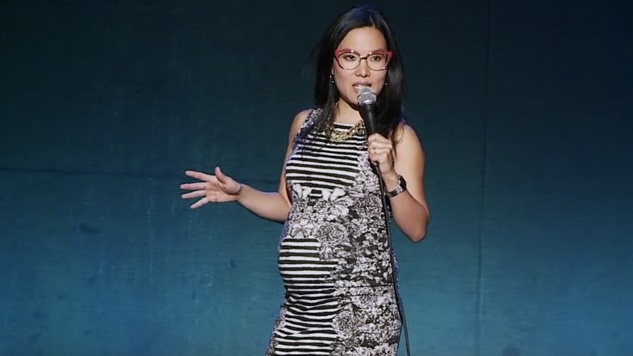 A while back comedian Ali Wong had an interview with The New Yorker wherein she brought up a project that she and actor Randall Park had been talking about for years: a romantic comedy they refer to as “our version of When Harry Met Sally.” It was mostly a passing comment in a longer interview about her work, but it caught the eyes of many who were excited at the possibility of two funny Asian-American leads in a love story.

Now, Deadline has announced that the two are set to star in an untitled Netflix feature they they wrote with Michael Golamco. The brief synopsis reads, “The film follows two childhood friends who find themselves in vastly different socioeconomic situations when they fall in love as adults.” Heck yeah.

The two worked together previously on Fresh Off the Boat, where Park plays the father in the family sitcom and Wong works as a writer. The two clearly work great together, and I can’t wait to see them on-screen. While there’s been a great wave of Asian actors performing in great leading-man roles, it’s been accompanied by a disappointing fact that their female love interests seem to often be white women. That’s not to disparage these films individually, only to acknowledge that Asian women—South Asian women in particular—are still lagging behind in these narratives.

How often do we get to see two Asian-American actors leading a feature film? How often is that movie a romantic comedy and not an action flick? I adore both these actors, and I’m so excited to see their project come to fruition.