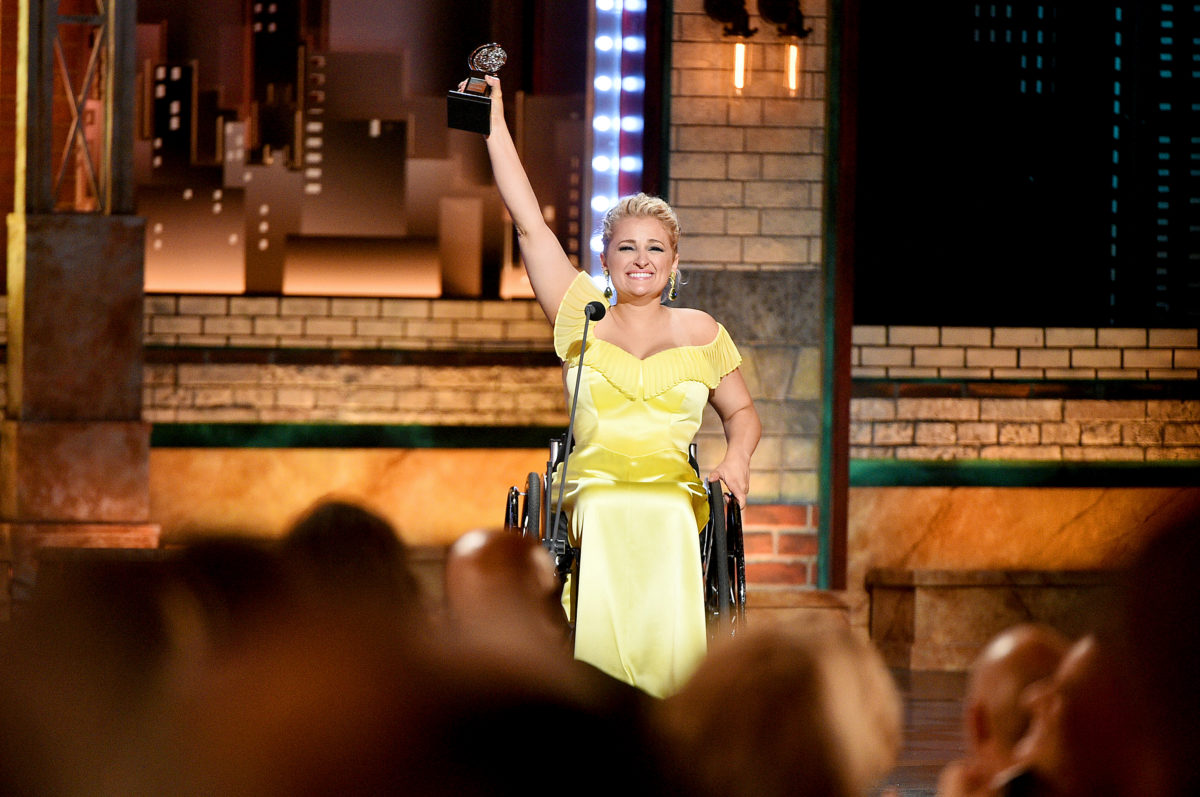 Ali Stroker won a Tony for her performance in Oklahoma!, but her historic moment was shadowed by the fact that they put her backstage for the announcement. Why? Because the ceremony apparently didn’t take notice that one of their nominees was in a wheelchair, and she didn’t have a way to access the stage. It’s a mind-boggling oversight.

While Broadway has a lot of wheelchair-accessible theaters, that doesn’t mean that they’re equipped for performers, and the Tony Awards were a perfect example of how these places need to start to think about actors and their disabilities as well. It’s one thing for a theater to be wheelchair accessible for an audience member, but it’s another for them to alter the backstage and stage to be accessible as well. This is absolutely is what should have been done before Stroker won and in anticipation of disabled actors and other creatives in the future, these changes should be made across the board.

Backstage accessibility is long overdue. It should already be a requirement at Manhattan theaters, but hopefully, now that Ali Stroker is speaking up after her win, theater owners will begin to see things differently. According to The New York Times, Stroker used her press conference to talk about the issue and open up about how the theaters in New York are only really accessible for audience members.

“I would ask theater owners and producers to really look into how they can begin to make the backstage accessible so that performers with disabilities can get around.”

As you watch Stroker’s speech, it is extremely emotional, because there are so many kids out there in the world who are finally seeing themselves represented in this win and that’s one of the most important things about Ali Stroker’s award.

I’m extremely happy for Ali Stroker and her performance in Oklahoma! deserves all this recognition and more. It would be incredible to see more accessible theaters now that Stroker has begun to talk about navigating these spaces, and the next time a disabled actor is nominated for a Tony, they won’t have to be backstage in order to accept it.