Alfred Molina Is Out Here Spoiling Spider-Man: No Way Home and It’s Delightful

Who does he think he is, Tom Holland?! 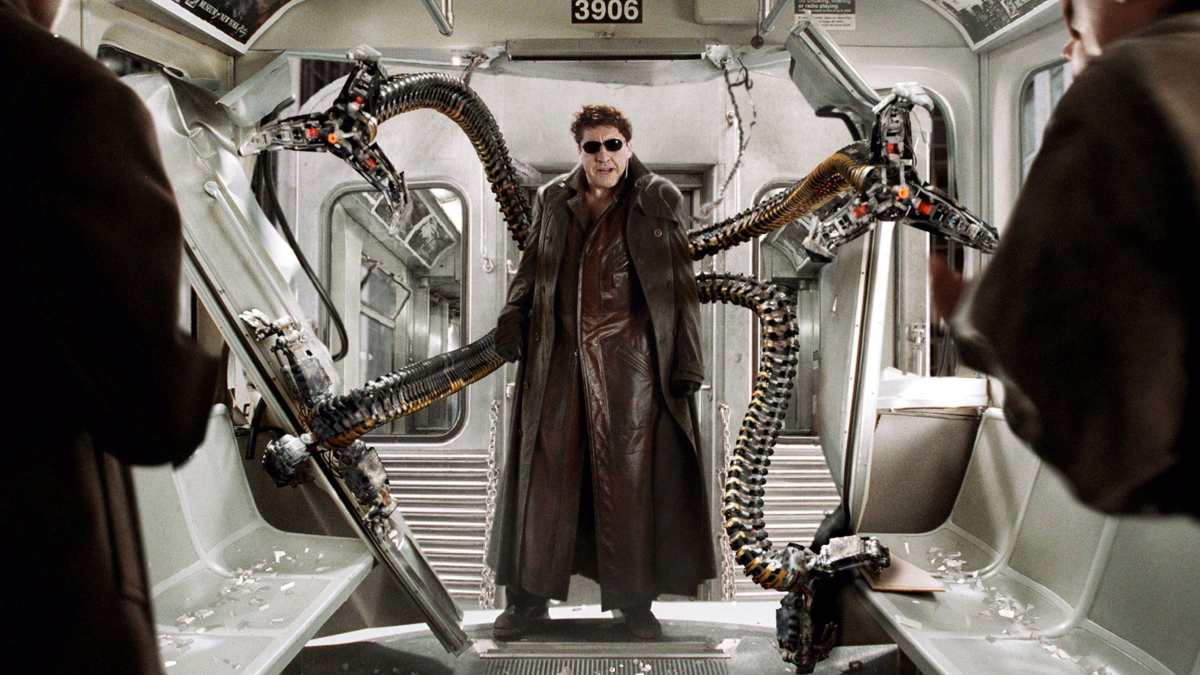 Step aside Tom Holland: your mantle as King of the Spoilers has been revoked. The crown now belongs to veteran actor Alfred Molina, who clearly skimmed his NDA and is now dropping all sorts of details about his upcoming role in Spider-Man: No Way Home.

Molina returns to the Spider-Verse for the first time since 2004’s Spider-Man 2, where he played the iconic villain Dr. Otto Octavius/Doctor Octopus. Molina’s performance in the Sam Raimi sequel remains one of the best onscreen comic book villains of all time, thanks to a smart script, Raimi’s deft direction, and Molina’s talents. Molina gave Doc Ock pathos, humor, and tragedy, allowing him to be a fully fleshed out character within the film’s world. And who could forget that iconic surgery scene? *Chef’s kiss.*

In an interview with Variety, Molina discussed his role in the upcoming film. Molina said, “When we were shooting it, we were all under orders not to talk about it, because it was supposed to be some great big secret,” Molina said. “But, you know, it’s all over the internet. I actually described myself as the worst kept secret in Hollywood!”

Molina had nothing but glowing things to say about reprising the role of Doc Ock. “It was wonderful, … It was very interesting going back after 17 years to play the same role, given that in the intervening years, I now have two chins, a wattle, crow’s feet and a slightly a slightly dodgy lower back.” Also reprising his role from the Raimi films is J.K. Simmons, who returns as J. Jonah Jameson.

Molina also discussed reviving the character, who drowns himself in the finale of Spider-Man 2. Despite dying in the film, No Way Home director Jon Watts told him, “In this universe, no one really dies.” Watts also told him that they would be picking up where they left off, with Doc Ock’s drowning scene.

Now 67, Molina was concerned about reprising the role he played 17 years ago. He described his conversation with Watts, saying “He just looked at me, and said, ‘Did you see what we did to Bob Downey Jr. and Sam Jackson?’” alluding to the CGI de-aging effects used for Jackson, Downey, and Michael Douglas in the MCU. Molina also discussed the shortcomings of those digital effects, saying “They made Robert De Niro’s face younger [in The Irishman], but when he was fighting, he looked like an older guy,” Molina added. “He looked like an old guy! That’s what that’s what worried me about doing it again. I don’t have the same physicality that I had 17 years ago, … That’s just a fact.”

Luckily for Molina, his mechanical tentacles will be doing most of the heavy lifting. “I then remembered that it’s the tentacles that do all the work!”, he exclaimed. Molina then described how all he had to do was grimace and glare as CGI and puppetry took care of the rest of the action. “It was fantastic,” he added.

Reading the interview, you can feel Molina’s enthusiasm and excitement for Spider-Man: No Way Home. And we’re just as excited to see him reprise his role. Fingers crossed we finally get Doc Ock singing “Fiddler on the Roof”.