Emily may have left Gilead, but Gilead hasn't left her. 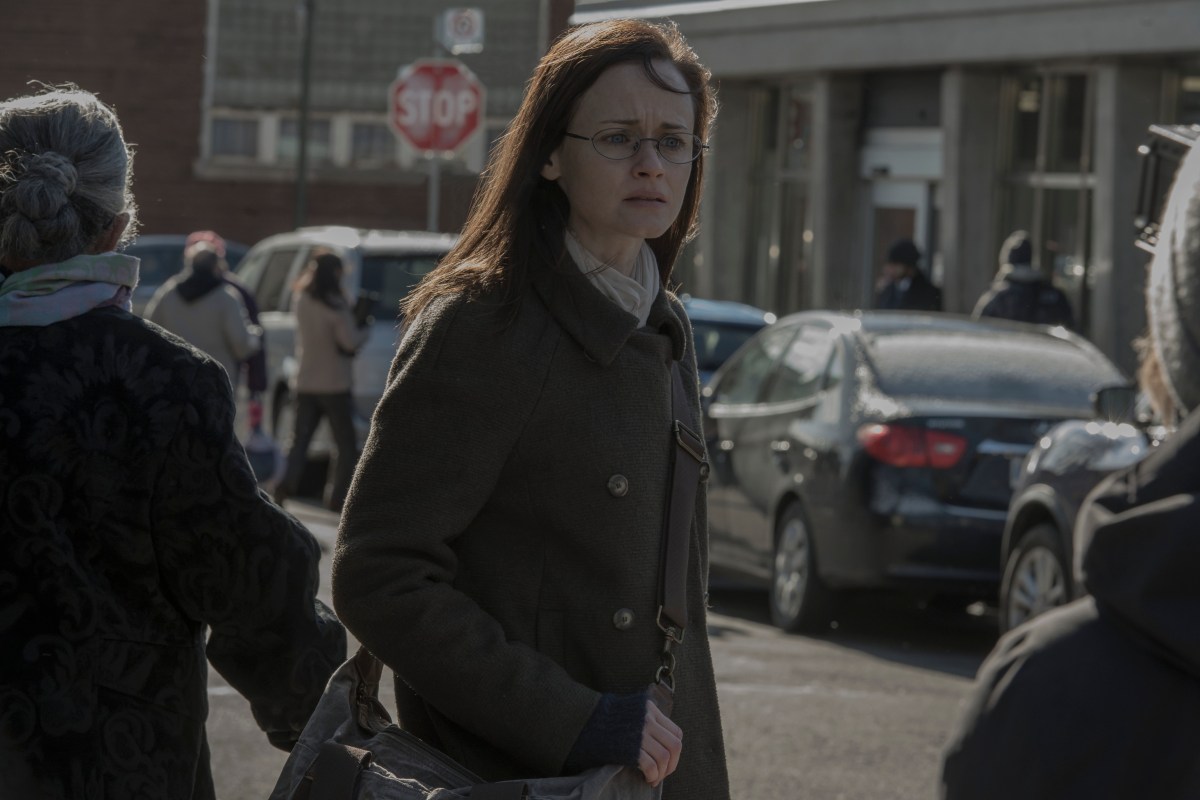 The Handmaid’s Tale has no shortage of tremendous actors and heartbreaking performances. Anchored by the incomparable Elisabeth Moss, the series is a master showcase of performers at the top of their game, but again and again, I keep coming back to Alexis Bledel, whose restrained performance as Emily continually breaks my heart.

Emily has been through the ringer since we first met her in the pilot episode. She has been raped, tortured, mutilated, and sent to the radioactive colonies to die, but the beginning of season 3 puts her on a new path, as she flees to Canada and claims asylum with June’s baby, Nichole, in tow. In the opening episode of season 3, a bewildered Emily is met with applause by the Canadian staff. This is where most survivor stories end: Emily has rescued herself; she is safe.

But there are no happy endings in The Handmaid’s Tale, and season 3 has been spent unpacking Emily’s PTSD and her reunification with her estranged wife, Sylvia (Clea Duvall), and her son. In episode 7, “Under His Eye,” Emily is interviewed by a Swiss government official, who is moderating talks between Canada and Gilead. The Waterfords are trying to extradite Nichole, despite her refugee status.

Sylvia listens on as the moderator rattles off Emily’s illegal actions in Gilead, which include stealing a car and running over a guardian, and stabbing Aunt Lydia in the back and pushing her down the stairs. Emily responds that she did all those things, but as Sylvia grows irritated with the Swiss woman, Emily remains quiet and subdued.

Bledel’s acting is so good because it’s so understated. While the series has plenty of big, bombastic performances, her quiet internalized focus is all the more devastating. This reserve is what makes her emotional moments so explosive: When she stabs Aunt Lydia, it inspires a cathartic cheer from viewers.

This episode sees a similarly explosive moment, when Emily joins Moira (Samira Wiley) to “birddog” the Canadian minister of border security. Said birddogging is a mobile protest, where Moira and others chase down the minister and demand to know what he’s doing to protect baby Nichole. Emily hangs in the back before becoming emboldened, pushing her way to front and coming alive, screaming, “I did my part, now you do yours.”

Later, Emily and Moira sit beside each other in jail, and Emily confesses that during her time in the colonies, she poisoned a wife. Moira admits that she, too, killed someone in Gilead, a commander at Jezebel’s. Unable to confide in her wife, Emily finds a kindred spirit in Moira, another queer woman who suffered at the hands of Gilead. “Look what they’ve turned us into,” she says sadly, but Moira reminds her that since they left Gilead, they haven’t killed anyone. “I think we’re good,” she says as she holds Emily’s hand through the bars.

Bledel delivers so much pain and anguish in such an understated and devastating performance. In a show that doesn’t traffic in subtlety, she remains a quiet force of nature.