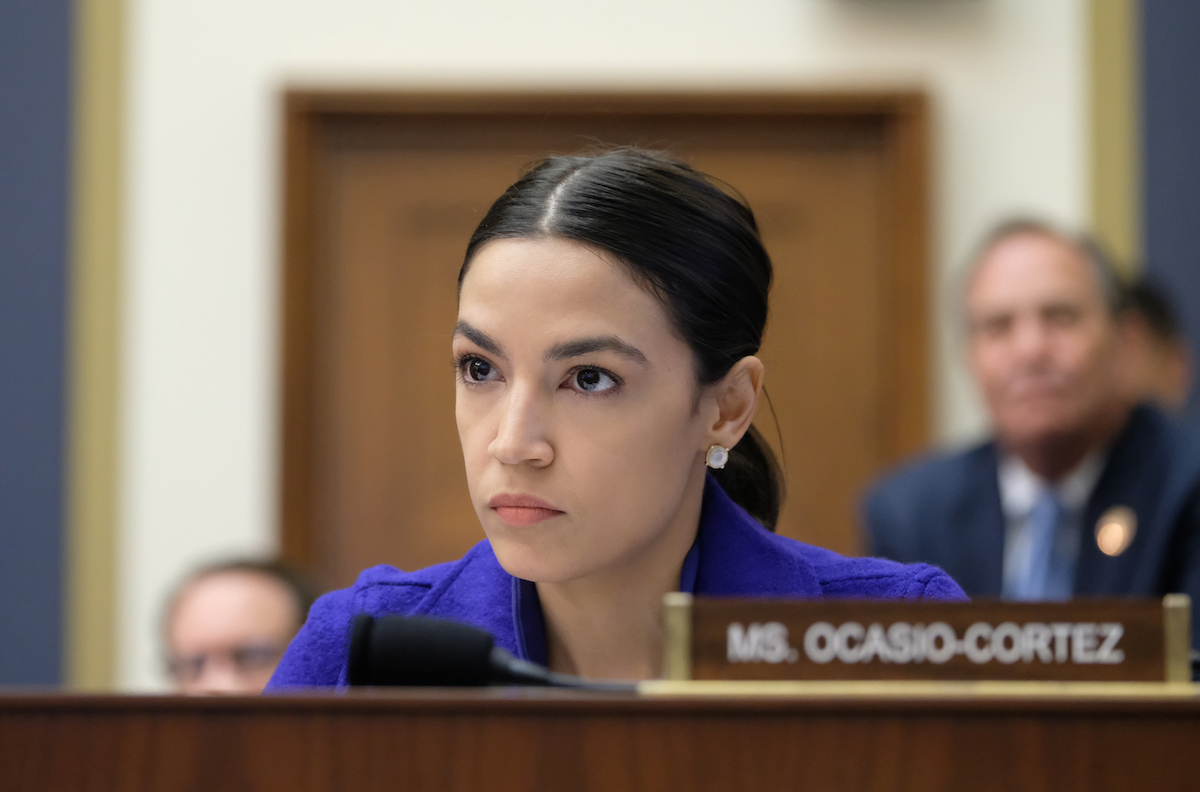 A big part of Alexandria Ocasio-Cortez’s first year serving in Congress has been spent relaying to her supporters and social media followers all the things she’s learning on the job. It’s an interesting window into the political process, and it’s also an effective demystification for anyone thinking about getting involved in politics themselves, but who might have felt intimidated by an institution that’s designed to seem intimidating to anyone not born into wealth or existing political connections.

AOC regularly shines a light on just how little there is to feel intimidated by. She has spent this week calling out the “mediocrity” she sees in the GOP witnesses brought before Congressional committees.

On Wednesday, she criticized Labor Secretary Alexander Acosta’s lack of knowledge of (and confidence in attempting to regulate) women’s reproductive healthcare. Sec. Acosta was unaware that women use birth control to manage a whole host of health issues in addition to the essential task of preventing unwanted pregnancies. Illinois Rep. Lauren Underwood took Acosta to task for his apparent refusal to inform himself regarding an issue he insisted on meddling in. (Acosta’s labor department introduced rules last fall that allowed employers to opt out of providing employees with health insurance that covers contraceptives based on religious or moral objections.)

Sharing the video of Underwood, Ocasio-Cortez called the mediocrity “astounding.”

The mediocrity is astounding.

How would these guys like it if Gov was 80% female, constantly looking for ways to limit or outlaw condoms + vasectomies, yet had little/no medical context?

Sounds crazy? The flipside is what women & LGBTQ+ people have to deal w/ ALL the time. 🤦🏽‍♀️ https://t.co/6GfysHlNFD

That wasn’t AOC’s only example, either. Thursday, she indicated that this sort of under-preparation and overconfidence was a regular occurrence.

One of the things that genuinely surprised me in Congress is the sheer mediocrity of witnesses called forth by the GOP in hearings.

Yesterday they brought in a guy w/ a polka dot bowtie backed by oil lobbyists arguing that fossil fuels are “healthy.” HEALTHY.

She says before she got to Congress, she expected to be up against “well-prepared,” “evil-genius lobbyist types.” That has not been the reality.

But they’re often sloppy + reaching (not all though). I think if everyday GOP voters saw the witnesses called on their behalf, they’d be upset.

This is reminiscent of comments Michelle Obama made last December during her book tour for her memoir, Becoming. During a conversation with Chimamanda Ngozi Adichie, Obama touched on issues of imposter syndrome. “I have been at probably every powerful table that you can think of,” she said. “I have worked at nonprofits. I have been at foundations. I have worked in corporations, served on corporate boards. I have been at G-summits. I have sat in at the U.N. They are not that smart.”

I read this as intending less to disparage those leaders and more to encourage people–especially women–to have more confidence in their abilities and their deservedness to take up space at those tables. Because if we don’t, mediocre men with unearned confidence certainly will.