My Heroes Are Dead: Reconciling What Alex Tizon Means to Me After “My Family’s Slave” 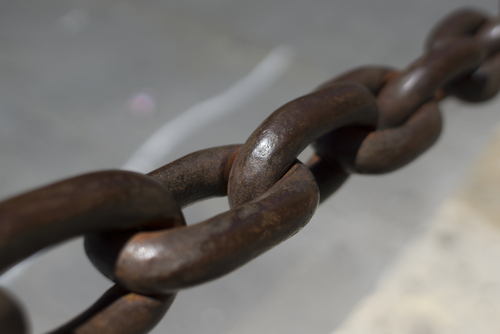 A few summers ago, I was given a graduation gift by a family friend just a few years older than myself. It was a book, and on the inner flap he wrote: “Hope this opens up your eyes as it did for me.”

I haven’t seen or spoken to this family friend in years, but he’s seared into my memory as a handsome young man who played a pivotal role in my childhood. I was nerdy, and he was an alpha: He played varsity baseball for the fratty all-boys Catholic high school, finished business school, and today drives BMWs and parks them in his house in gentrified San Francisco. He’s also Filipino-American, emphasis on American. But when he read Alex Tizon’s Big Little Man: In Search of My Asian Self, he embraced his other half. Published in 2014, Big Little Man is the memoir of Pulitzer-winner Tizon, who documents his lifelong search for identity in white America.

During the summer where I entered “the real world,” I devoured the book like a shipwreck survivor in need of food and water. It’s not hyperbole to say Tizon’s account as an insecure Asian-American male—a demographic starved for identity—gave me life.

Then, three years later, I learned that the author of the book who put words to these feelings I’ve had for twenty years was also a modern day slave owner.

Last week, in a bombshell article for The Atlantic, “My Family’s Slave,” the late Tizon remembers Eudocia Tomas Pulido, his “Lola,” which is a Tagalog honorific that means “grandmother,” but is given to elders as a sign of respect. (My mom is called “Tita,” meaning aunt, by the Pinoys (Filipino men) who run our neighborhood barbecue joint. We don’t know them otherwise.)

Lola was the woman who raised Tizon through a troubled childhood in an immigrant Filipino-American household, and while she played a major part of his life, Lola was practically invisible in his memoir. I can count on one hand how many times Lola is named: only four times.

“Given” to Tizon’s mother at 18 by his career military uncle, Lola lived to serve the Tizons. She had no prospects, no independence, no life to live but for others. When Tizon tried to teach her independence, such as when he tried to teach her how to drive a car, she recoiled in fear. “Sometimes,” Tizon writes, “when Lola was young, she’d felt so lonely that all she could do was cry.” She lived this way until her ‘70s, when an adult Tizon had the means to give her space and agency to live freely.

With nowhere else to go, she lived with him and his family. She finally found a hobby (she took to gardening), and Tizon recalls a specific moment when Lola kicked back with tea and TV, blissful. But by then, it was too late for Lola to have a life, and Lola’s last 12 years alive—based on his accounts—seem like a haze of confusion in a strange land, despite the fact Lola lived in the states far longer than she did in the Philippines.

It’s a devastating story, not only for Tizon, whose guilt bleeds through in every word, but also for Lola, whose inhuman life is anachronistic to ‘70s and ‘80s America. In the same time and place where the suburban kids of Stranger Things played Dungeons & Dragons, Tizon’s family had a slave.

Until recently, I called Alex Tizon a hero. He had a career I wanted to emulate, with a face that might look like mine in two decades. He had a book I felt was written exclusively for me and nobody else. Nobody else knows the plight of the Asian-American male but us: We want to be strong but are castrated by emasculation. We want to be heroes but are whitewashed in comic books. We want to be loved but are reduced to stereotypes like Long Duk Dong.

But Tizon, man, he knew it all. And because of that, I spoke of him with the same regard I saved for other heroes. He was as good to me as Carrie Fisher, Stephen Colbert, and Bruce Lee. I hailed his ability to string together words of the English language as being on par with my all-time favorite scribes. He was as important to me as Neil Gaiman, Hunter S. Thompson, Ta-Nehisi Coates, and Mark Waid. Though I love Gaiman’s sweeping, lyrical fantasies and Waid’s deconstruction of superheroes, none of that spoke to me the way Tizon’s naked exposure of the Asian male psyche did.

Then, I learned that Tizon owned a slave.

When I began writing full-time, I had few figures to whom I could turn. The impenetrable world of “Journalism Twitter,” populated by blue checkmarks whose bylines overshadow my own, was and is full of voices that make mine feel pedestrian. I’m still getting the hang of it. But I would look to Tizon, who not only looked like me but had my background too.

I grew up awkwardly in post-9/11 New Jersey while Tizon lived all over the place (he was an adolescent in Honolulu and in the Bronx before attending college in Oregon) throughout the ‘70s and ‘80s. But he was still a lower middle-class Pinoy from a broken family. Like me, he struggled to understand his hyphenated identity among friends, especially white ones. In Big Little Man, Tizon writes:

“I had become so Americanized—whitewashed—that my college friends would claim to forget I was Asian. It was the reason they felt free to say these things to me. They saw me as one of them. ‘You’re not Asian. You’re Alex’ was how Leny explained it. ‘Shit, man, I don’t think of you as a my-nority,’ Christopher liked to say. I was so lonesome in those days that I was grateful to be part of one club, at least. Belonging somewhere felt nice, and it allowed me to entertain the illusion that I was different from the other Asian guys on campus with their books and lonely stares. But as soon as I stepped away from my circle, I quickly turned into just another Asian cipher.”

But he had a Pulitzer, and thus, he was my benchmark. Belonging to an older generation, Tizon eschewed the “branding” typical of today’s writers, and because his writing and subdued online presence made him feel approachable, I considered Tizon to be the professor I never had. I felt closer to him than the actual mentors I had in my undergraduate years at Rutgers University.

This was years before Tizon’s name became a trending topic, and not for good reasons.

In his death, Tizon opened a nexus of ghosts that haunt immigrants and people of color. Past the veneer of his breathtaking writing is the fact Tizon’s family practiced a severe version of a system leftover from Spanish colonialism, which is itself sustained through American capitalism. Slavery is both complicated and simple. Most Americans project their history class lessons onto it and, more wrongly, still assume it’s been over since 1860. It certainly is not, but when it’s out of sight and it’s out of mind, Tizon’s article becomes the blinding Bat-Signal that exposes only himself.

Human trafficking, which includes slavery of all sorts including forced labor and prostitution, doesn’t feel like an American problem. It’s not a problem white Americans know, when it is in fact a global epidemic that isn’t discriminatory. In 2014, the year Big Little Man was published, the National Human Resource Trafficking Center reported 990 cases of forced labor, the same variety known to Lola—and this was in the United States.

While Lola was not sold for sex, her existence is bundled into the system that thrives in the underbelly today. The Super Bowl, the pinnacle of American mass culture, is a lightning rod for sex trafficking. Kidnapped women and children are forced to serve johns attending the annual game. Hours before Super Bowl XLIX, when Katy Perry danced with Left Shark, the Sherrif’s Department of Illinois Cook County arrested 600 men soliciting sex from victims across 17 states.

Yet when there’s talk of slavery in America, it’s in sepia-tinted Civil War dramas or in the 21st century third worlds of brown people. Tizon’s story, which was about brown people owning brown people, is shocking, especially to liberal white Americans and even us American-born Asians. Slavery doesn’t exist to them or to us, even when it’s right in front of us handing us drinks during the game on Sundays.

Tizon’s story is the first instance I’ve heard of a real slave in a Filipino household. These stories exist but are increasingly rare, and the archaic practices exist in a different light than in the United States. It’s inhumane, but to project American ideas onto a culture with incompatible cultural DNA is myopic. Rest assured, the class-driven system of “katulongs” (a more specific type of house help that Lola was) is not some bad cultural thing exclusive to Pinoys, like, say, Black Pete in the Netherlands. Tizon’s story is not everyone else’s, but Lola is the reckoning Filipinos must now confront.

I cannot defend Tizon. As much as Tizon’s work influenced mine, I owe him and his family nothing. I never knew them. But reading between the lines, between the keystrokes of Tizon’s opus, I feel the anxiety that plagues only those who live between two worlds and belong to none: the plight of the hyphenated-American. Tizon knew, as an American, that slavery was wrong. Western movies told him so. But as a Filipino, Tizon couldn’t expose and shame his family and risk deportation from the so-called land of opportunity. Toxic as the notion may be, “family” is of the utmost importance to Asian-Americans—even if they’re monsters. It takes an extraordinarily awful and abusive home for an Asian-American child to gain the courage to disconnect from the family unit.

I sense Tizon’s shame the most in the paragraph he admits to his sin of inaction, which he paid for in the disintegration of his family:

“His not knowing anything about the purpose of my journey was a relief. I had enough interior dialogue going on. I was no better than my parents. I could have done more to free Lola. To make her life better. Why didn’t I? I could have turned in my parents, I suppose. It would have blown up my family in an instant. Instead, my siblings and I kept everything to ourselves, and rather than blowing up in an instant, my family broke apart slowly.”

None of my empathy or sympathy can give Lola her life. There’s not enough shouting I can do that can bring Tizon back to give answers. There’s not enough money to offer Lola’s family any relieft. And there’s nowhere I can go where I’m far enough to stop seeing a wordsmith who helped prevent my sense of self from being dragged into the mud. I don’t have all the answers and I don’t think I ever will.

All I know is that all my heroes are dead.

Eric Francisco is a journalism graduate of Rutgers University. A lifelong Jersey boy, his origin story is too long to explain, but it involves a Sega Genesis and an internship at NBC. He began writing for Geekscape and is now a staff writer for Inverse, but if you ask him, he’d say he still wants to be a Power Ranger.