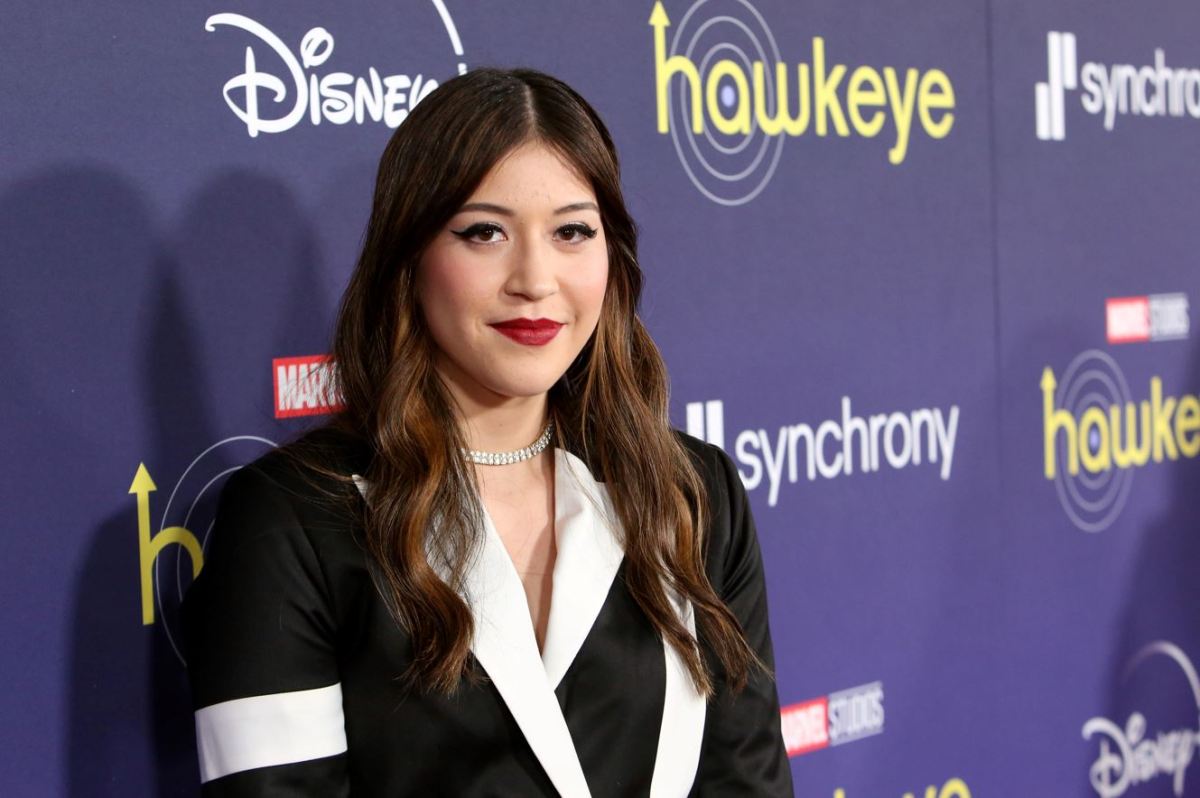 ***SPOILER ALERT: This post discusses the ending of Hawkeye episode 2.***

The two-episode premiere of Marvel’s Hawkeye on Disney+ was packed with plenty of action, humor, and Christmas spirit. But who is the mystery woman staring intently into the camera in the final shot of episode 2? That intriguing presence is newcomer Alaqua Cox, 24, who plays Maya Lopez/Echo.

Lopez is a deaf Native American superheroine who possesses “photographic reflexes,” i.e. the ability to perfectly copy other people’s movements.

Hawkeye is Cox’s first-ever onscreen role, which came to her after friends sent her a casting call for a deaf Native American actor. Over several months of auditions, Cox was surprised to learn that she had earned the part, which she learned about through a Zoom call with the producers.

“I see about 12 people, including the Marvel Studios president, Kevin Feige, doing the deaf clap where you wave both your hands,” said Cox of the call. “I was like, ‘What’s going on?’ and they said, ‘Welcome to the Marvel family!’”

Getting cast as Echo was a life-changing event for Cox, who grew up on the Menominee Indian Reservation in Wisconsin. She worked at a nursing home, and for Amazon and FedEx, prior to her casting. Now, she not only stars alongside Jeremy Renner and Hailee Steinfeld in Hawkeye, but she’s set to headline her own spinoff series, Echo. Not too shabby for someone whose only previous acting experience was a background part in a high school play. “Hawkeye is my first experience of acting. Now I’m going to get my own show in the MCU? It’s wild,” she said.

Sarah Finn, head of casting at Marvel, thought that Cox was a frontrunner from the beginning, saying “Alaqua is one of a kind, absolutely … She went through a large audition process … We were all rooting for her, from the beginning.” While on set, Cox got plenty of encouragement from Renner and Steinfeld. She explained, “They knew I was overwhelmed being on set for the first time and provided me a lot of support.”

Cox is the second deaf actor to join the MCU after Lauren Ridloff, who played heroic speedster Makkari in Marvel’s Eternals. Ridloff shared her excitement about Cox joining the MCU. “I’m not going to be the only deaf superhero in the MCU,” Ridloff enthused. “We’re going to have another one joining very shortly, which I’m thrilled about.”

Hawkeye also explores Clint Barton’s hearing loss, which he sustained from countless battles and explosions fighting alongside the Avengers. In the comics, Barton wears hearing aids, but his disability was retconned in several series runs, as well as previous tenure in the MCU. Deaf activists have criticized Renner’s portrayal previously as deaf erasure, which Hawkeye finally corrects.

Cox emphasized the importance of diversity within the MCU. “I believe kids deserve to see inclusivity and accurate representation,” Cox said. “It will make kids with all types of cultures and disabilities feel like our dreams can break free from limitations.”

Hawkeye is currently streaming on Disney+.