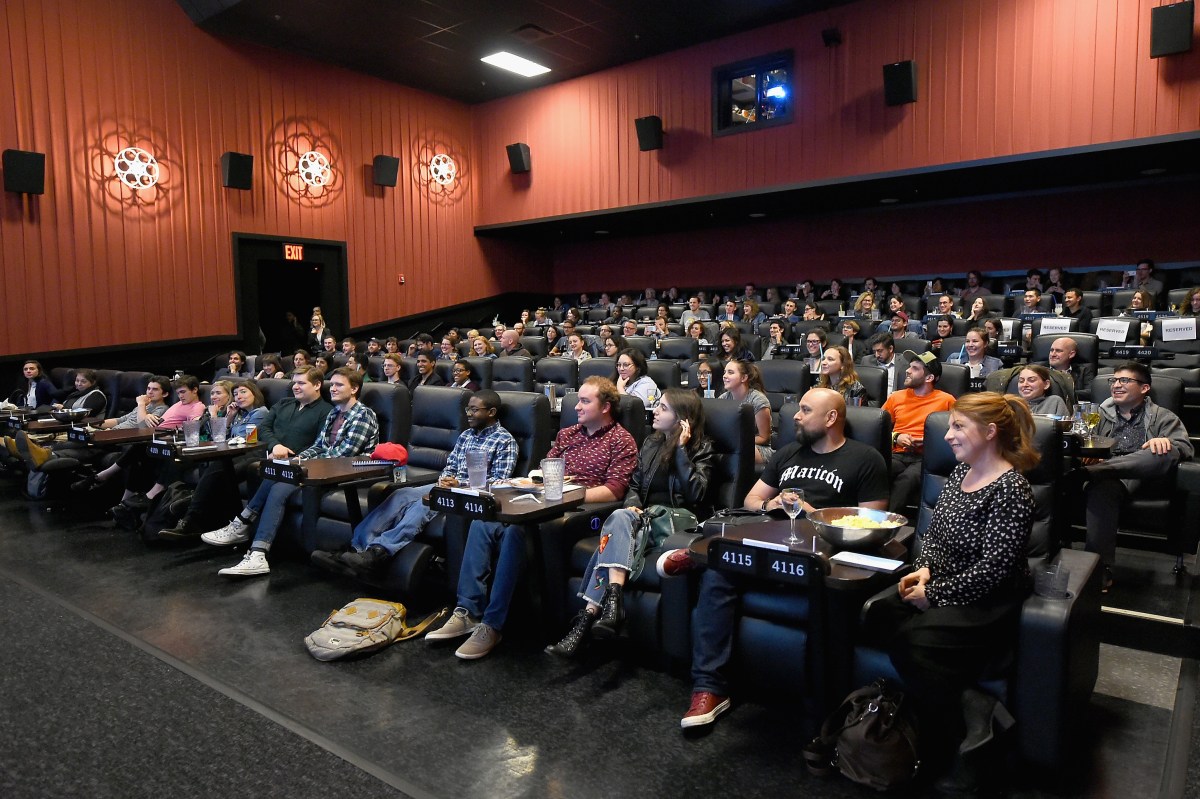 In theory, hearing that you can get your movie fix by renting out an entire movie theater for $150 sounds intriguing, especially if you can include 15 others and all socially distance yourselves. And that’s what first interested me about Alamo Drafthouse’s plan to let people rent out an entire theater for the movie of their choosing (out of a somewhat limited list).

Whether it be Tenet, the movie that shouldn’t have been released in theaters yet in the first place, or a classic like Jurassic Park or The Matrix (and others … the list is wild), you get to pick what you watch—for $300 (minimum) shared between however many people you feel comfortable with in your theater. So … notice that the $150 rental fee has doubled. That’s because you have to have, at least, $150 worth of food and drinks on your tab (not including tax and tip). Sorry if you didn’t want to remove your mask to eat or drink because, you know, CORONAVIRUS. Then, there’s the cost of tickets—yup, everyone attending still has to buy a general admission-priced ticket, in addition to the $150 rental fee, according to Alamo’s website.

Then there’s the fact that Alamo Drafthouse also doesn’t have the best reputation. The Pitch, in a report uncovering that little has changed, has pointed out that it has consistently been a place of alleged workplace harassment and brushing things under the rug time and time again.

Not only that, but they’re selling this deal as something that costs $150 dollars and gets you back in a movie theater for the first time in a long time. Not only is that not the case when you start looking into it, but … why? Like look, I get it, movie theaters are struggling, but so is … everyone else? To the point where spending $300 dollars to not just see a movie, but in a setting where it’s also indoor dining—enforced by a minimum food bill—seems … irresponsible?

Even if you come in at the high end of the 10–30-person limits for most Drafthouse locations to reduce the food and rental cost per person, that’s just putting you, your friends and family, and the staff at risk because, frankly, I don’t even want to be around a group of less than 10 people right now, let alone at least that many people, as well as the staff of the Alamo Drafthouse of my choosing and their friends and family.

But I am clearly not in the majority. Kristen Wheaton, who is the Senior Director of Venue Experience at Alamo Drafthouse, told Entertainment Weekly that there were over 700 groups booked in the first few weeks of rolling out this plan in Austin, Texas: “When we began rolling out Your Own Private Alamo at our Austin location in August, we had no idea what the response would be. It was big. Really big. In just the first few weeks, we booked over 700 groups of families and coworkers at just a handful of theaters. We’re so excited to expand this program to more locations across the country.”

So would I rent out an entire movie theater to see Tenet with some friends and family? If it were $100 total and we could all sit far apart with masks on, maybe. But otherwise? No. I’m not putting myself, the servers, or anyone else in danger so I can go to the Alamo Drafthouse in Brooklyn and spend way too much money on a movie that shouldn’t be out yet or that I own. Sorry. Those are just the facts in the time of rona.