Twitter Has Opinions on the Live-Action Aladdin First Look

WHY ARE YOU WEARING A SHIRT, ALADDIN? 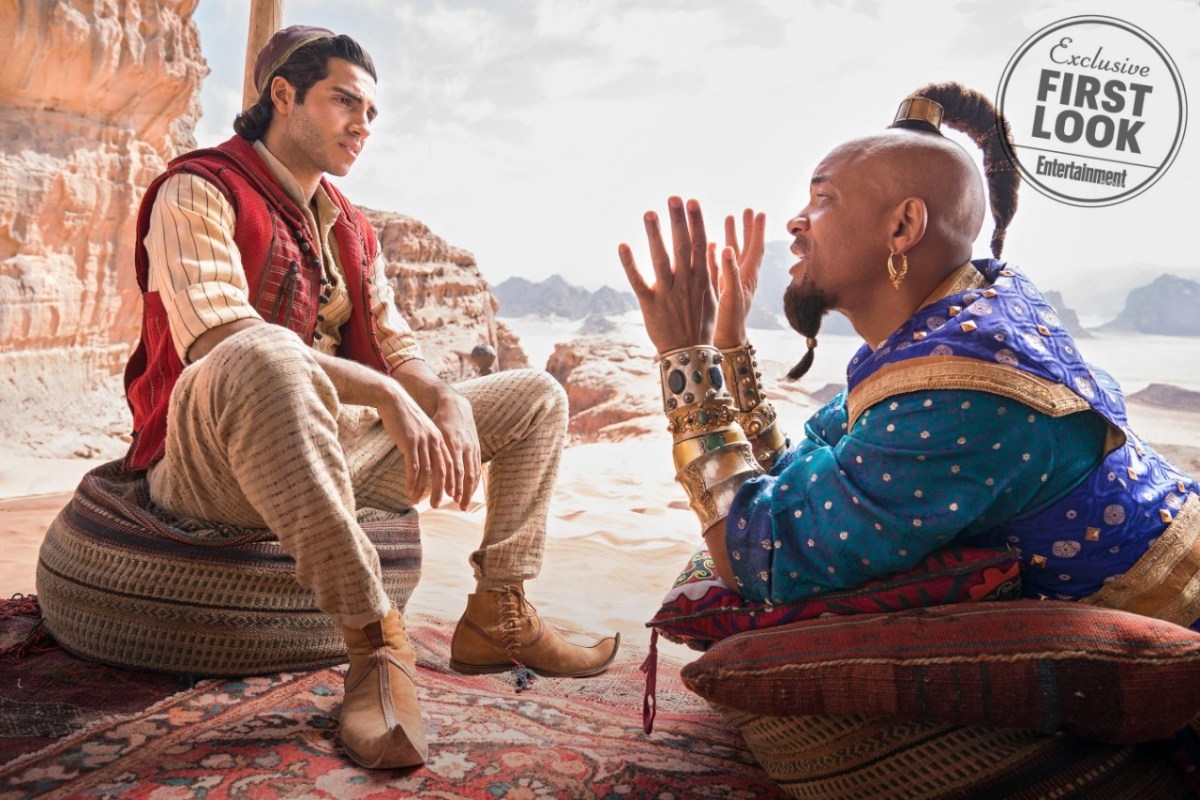 First of all, a lot of questions about Aladdin. Why does he have a shirt on? This changes everything. But when it comes down to it, the only thing I care about is how cute Abu is because he’s just like “Aladdin is dumb but I love him, what can I do?”

So Twitter has, obviously, had some hot takes about these new pictures since Entertainment Weekly dropped them. The pictures are … quite interesting.

Will Smith’s Aladdin genie has people posing the question… who wore it better?

Mainly because he looks a lot like Will Smith and isn’t … well … blue.

Now this is a story all about how my lamp got stuck in a cave underground, and I’d like to take a minute, just listen to me, I’ll tell you how I can turn you into a prince named Ali. #Aladdin pic.twitter.com/e7dTMHvDvb

Will Smith seemed to be a big focus on Twitter because all of us love the Genie.

Just look at all of the regret in his eyes though. “So this is what my life has come to.” #Aladdin pic.twitter.com/0bUD0dyDOb

And there is this still that is just Genie explaining something to Aladdin that can be used for anything. Welcome to today’s meme.

ALADDIN- Right, but I don’t get it

GENIE- Focus, man. Is not that hard; Ventus is part of Sora’s heart. That’s why Roxas looks like Ventus AND can have two keyblades; one for Sora, one from Ventus. Vanitas is back and wants to reunite with Ventus in order to open the Kingdom Hea pic.twitter.com/DjuG6OEPui

Which led to this thread of perfection:

“Look, Wild Wild West was not for everyone but I stand by it” pic.twitter.com/9ls92kNt4B

“Look there is no Kanye West without the Fresh Prince and Jazzy Jeff” pic.twitter.com/H0QIjKiCQC

Surprisingly though, everyone seemed more interested in hot Jafar than anything else.

The only take I have, and the only take I will likely ever have about the Aladdin remake is that Jasmine’s entire arc must be a mistake because she outta be down to clown this Jafar from scene 1 pic.twitter.com/r5SyMm0oXR

Because, let’s be real: Jafar is hot.

When you spot your brethren #Jafar #Aladdin pic.twitter.com/3Jtf2HsOXR

Disney has a problem with villains though.

And also, Aladdin. You’re too broke for a shirt. That’s the entire beginning of the movie.

Sorry but why is Aladdin wearing a shirt under his vest?!? pic.twitter.com/OjJ57Ozfu6

Is this Guy Ritchie-directed film going to be a mess? Probably, because Ritchie is just adding white men to it left and right. What have we really learned today? We know the Genie is going to be blue in post-production—and that a meme was born that will live on for several more hours.