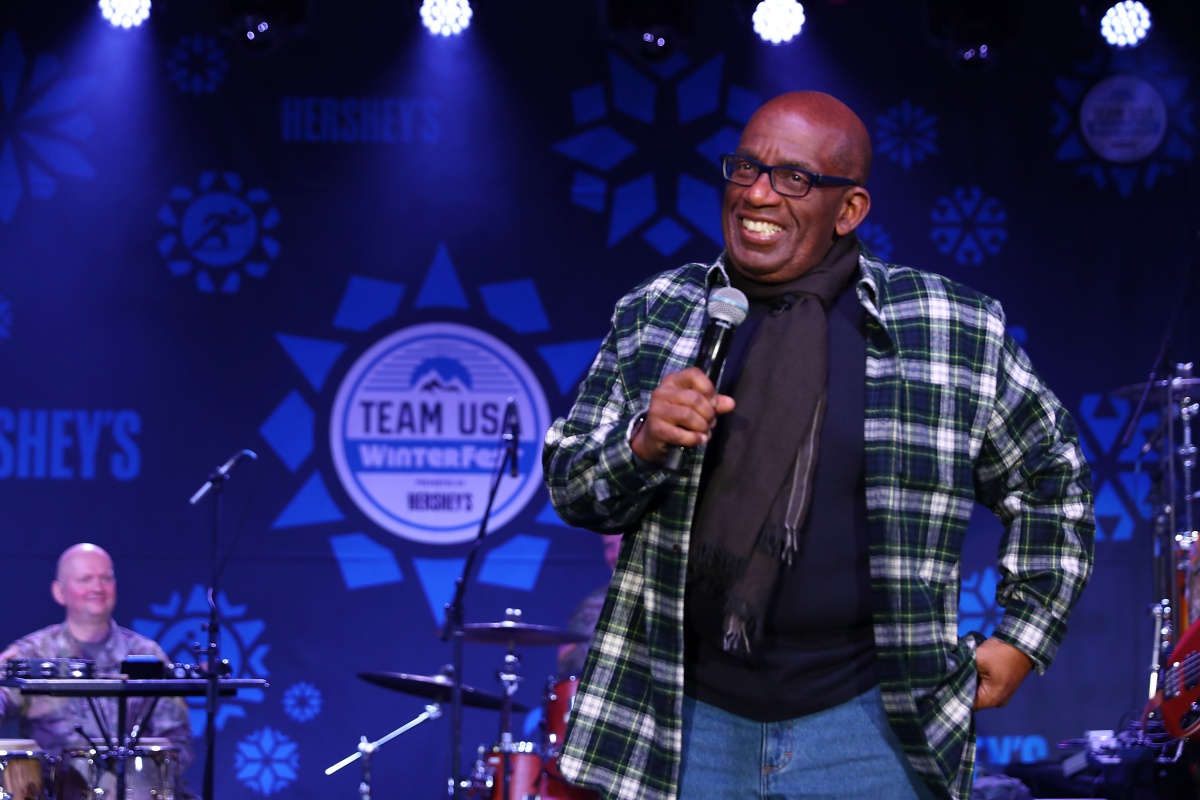 For Halloween, Today Show weatherman Al Roker dressed up as an iconic character from Back to the Future, Doc Brown, who is white. Roker wore a white wig and Doc’s trademark outfit, but some really deep thinkers on social media felt the need to ask why it was okay for Al Roker to dress up as a white character after NBC canceled his colleague Megyn Kelly’s show over her controversial blackface comments.

Mind you, Roker did not even color his skin to look white. He just wore the costume.

According to Page Six, Roker took to Twitter to explain that the issue is not, and has never been, that white people, or people, in general, can’t dress up as characters from other races for Halloween. The issue is changing your skin or altering your eyes to imitate another race, and since it seems to need clarification, that does not include fictional races or green, blue, purple, etc.

I’m going to say this one last time, but the folks who get it, understand and the ones who DON’T, won’t. I can be Doc Brown, and I wear the outfit and wig and not change my skin color if you’re white , you can be President Obama if you want. Just don’t color your skin!

We’ve been having the conversation about cultural appropriation for the past ten-plus years. This is not new information. People have already answered these question and, broken down the nuances of the difference between dressing up as a character and wearing a culturally significant outfit. The information is out there for people to understand, but they choose not to, because they would rather say, “Well when I was a kid, we dressed up in blackface, with ropes around our necks, and it was no big deal.”

Well I’m sorry to tell you but it was absolutely a big deal, but you weren’t listening then, and you continue not to listen now, even though it’s now much easier for you to hear from people you wouldn’t have before. But we are the snowflakes?

@alroker: @megynkelly is a terrible person to even suggest that it is Ok for a white person to go as a black character for Halloween. Also @alroker: Goes as Doc brown, a white character from a movie for halloween. #Hypocrites #Whiteface

Happy Halloween Al Roker. I forgive you for appropriating my race and culture since it’s all in good fun.

Also, since one person did bring up “whiteface,” let’s go there. Let us talk about the history of “whiteface.” In 2004 White Chicks was written and directed by Keenen Ivory Wayans, starring his young brothers Marlon and Shawn Wayans as two FBI cops who have to impersonate two rich white sisters after they become indisposed. That impersonation includes whiteface—really bad and obvious whiteface, which is the joke.

The difference between “whiteface” and blackface should be a simple concept, but apparently it’s not, so here we go: Blackface comes from a history rooted in—you guessed it—slavery! Blackface is rooted in the performance known as minstrelsy, which was created by “poor and working-class whites who felt ‘squeezed politically, economically, and socially from the top, but also from the bottom'” as the National History of African American History & Culture explains.

Blackface, via minstrelsy, stereotyped black people as “lazy, ignorant, superstitious, hypersexual, and prone to thievery and cowardice.” Blackface and minstrelsy were deeply impactful to American media, making their way into moves. Eventually, black performers also participated in blackface, because it was one of the few ways that white audiences accepted black bodies as entertainment. Blackface highlighted and stereotyped black men and women in ways that still impact us today. It was a “joke” forced upon us.

When it comes to “whiteface,” white people are in on the joke. White Chicks, the holy grail of whiteface, mocks a particular kind of white person: white rich women with shallow interests—the Paris Hilton types of the era. However, besides the two characters they are imitating, White Chicks does something that you don’t see in blackface: It humanizes other white people.

The supporting characters, like Karen Googlestein, played by Busy Philipps, are treated with empathy due to their insecurities, and by the end of the movie, the girls want to be friends with the Wayans brothers’ characters instead of the Paris Hilton and Nichole Richie expys they were in place of.

More modern versions, like Donald Glover’s “Teddy Perkins” episode of Atlanta, use whiteface in a surreal way that is meant to be unnerving. Eddie Murphy and Dave Chappelle’s whiteface examples in their comedy skits use it as a satire—which, again, mostly attacks powerful white men and whiteness.

And even so, whiteface does not and will never have the almost two hundred year history of being racist and used reduce the humanity of black people, by people with power over them.

There is no equivalence. Therefore, there is no hypocrisy.